Since Open Enrollment began on November 1, about 8.6 million consumers signed-up for health coverage through the HealthCare.gov platform or had their coverage automatically renewed. The Week 9 snapshot includes the New Year’s holiday.

“As the holiday season ends and people across the country set goals for a healthier 2016, we’re making sure they understand that there is still time to sign-up for quality and affordable health coverage through the Health Insurance Marketplaces,” said Department of Health and Human Services Secretary Sylvia Burwell. “For coverage starting on February 1, people must sign-up by the January 15 deadline.”

After that, the final three weeks should ramp up again dramatically, although as I've noted before, the final week (8 days, actually) from 1/24 - 1/31 is the biggest unknown. If it ramps up the way Week 7 did (over 1.8 million for the mid-December deadline for January coverage), then my 14.7M target could still stand. On the other hand, if it ends up somewhat lackluster (last year only around 1.4 million enrolled in the final two weeks, which included an extra week-long "overtime" period which may or may not be repeated this year), the total could easily come up half a million short of that or more (thus the "range" change). 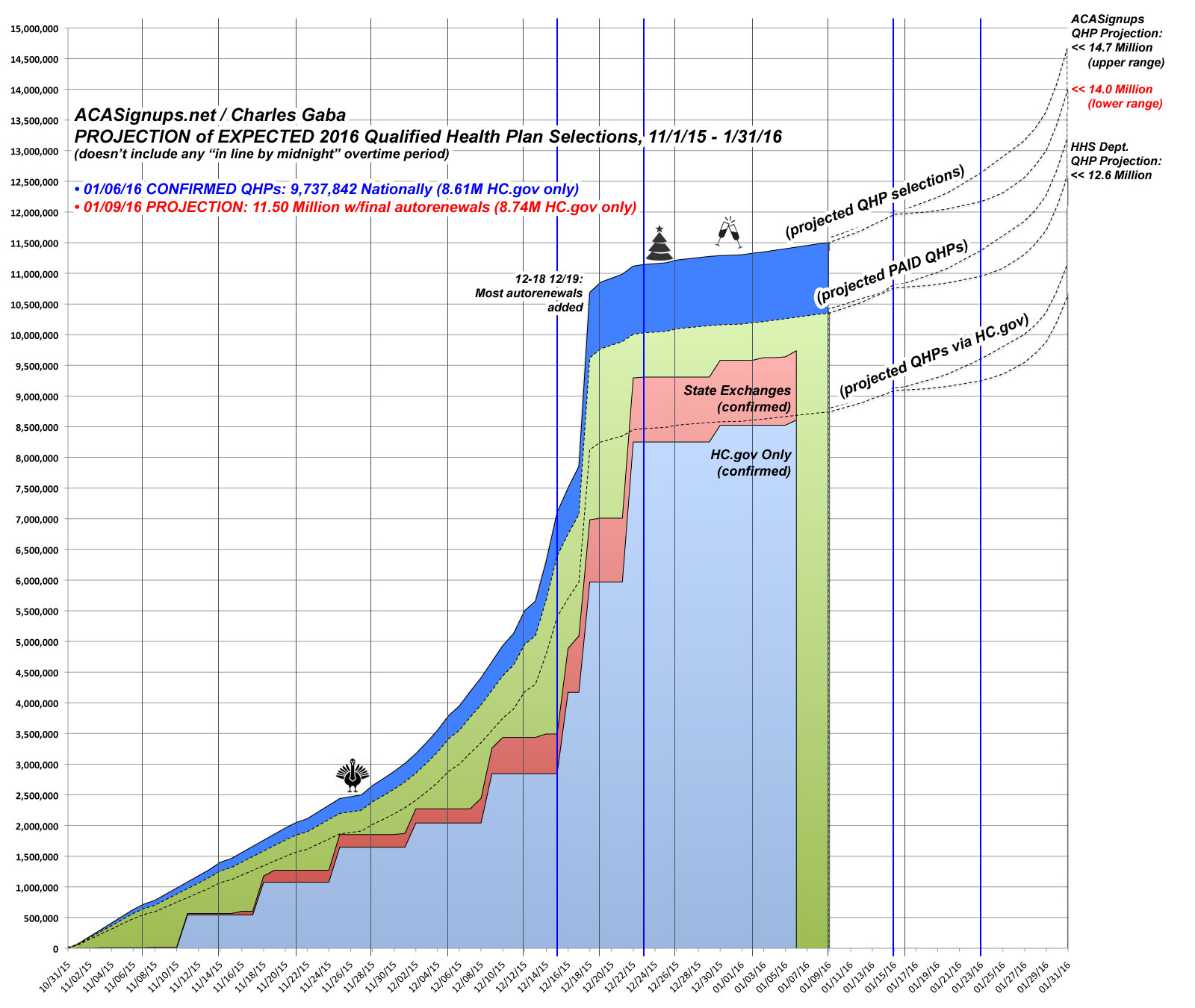