I somehow managed to completely miss the September Medicaid report released last month, but it turned out to be a virtual non-issue; there was a net increase of just 2,599 people enrolled in Medicaid nationally from the end of August through the end of September 2015.

In October, however, things picked up; while not nearly the half-million-plus-per-month that we saw during 2014 and the first half of this year as the bulk of ACA Medicaid expansion went into effect in most states, the total number of people enrolled in the program did still increase by a respectable 187,958 people month over month.

This has resulted in a net enrollment increase of over 13.5 million people since the ACA expansion program went into effect two years ago, and a grand total of 71.8 million enrolled in the program nationally.

Naturally, there's a huge gap between the states which have expanded the program and those which haven't done so (yet):

Finally, as always, you really have to add on another 950K people who were shifted to Medicaid from existing state-run programs, etc, prior to January 2014:

I haven't really been updating the Medicaid Graph for a few months now, partly because the increases are far less dramatic now that many expansion states are fairly close to maxing out their enrollment, while the rate of new states implementing the expansion has slowed tremendously. However, this update gives me a nice baseline to start with for Year Three of the expansion provision. I figure the numbers will likely have inched up another 500,000 between October and the end of January: 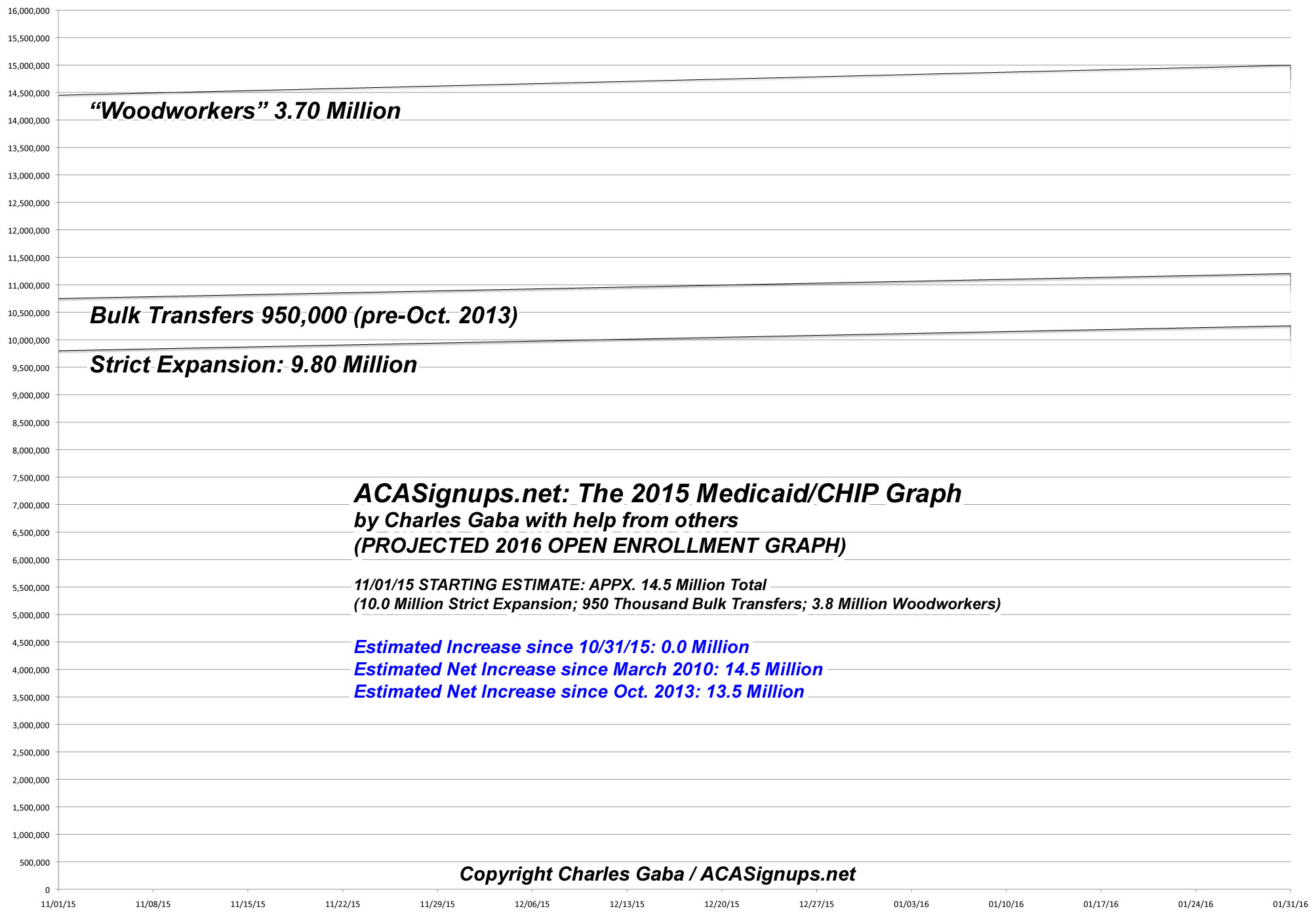