UPDATED: Dear Avik: When you get called out publicly, at least acknowledge that you were called out.

So, a couple of days ago I publicly called out Avik Roy over some "math he did as a Republican to make himself feel better" in a Forbes piece he had published on December 6th.

My response received a bit of attention.

Here's what the same section looks like today (I took a screen shot this time, just in case there are any further changes made): 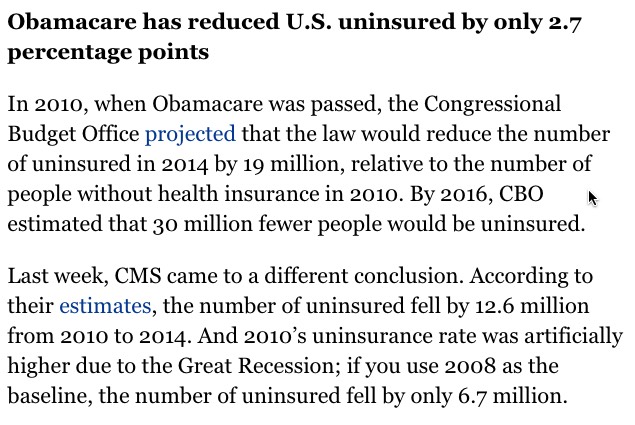 Look, Avik, don't get me wrong: Confusing "percent" with "percentage points" is an error that people make all the time. I'm glad that you made this correction. However, it's only one of about a half-dozen ways in which your article is misleading.

However, that's not even what bothers me the most. When I read the "corrected" version, I assumed that you'd have thrown in some sort of cursory acknowledgement that the error had been corrected, perhaps a simple "h/t to Charles Gaba for pointing out the error" or somesuch. Even if you don't feel like mentioning me by name (understandable...you're not my BFF either), you could have at least noted the correction itself.

Instead, at least when I ran a search on the full article, I saw nothing: No reference to "ACASignups.net" or "Charles Gaba"; no "Correction" or "Update", nothing of the sort. The header still reads "Dec 6, 2015 @ 07:55am", with no reference to an "updated" time or anything along those lines:

Also note that nearly 17,000 people have read Roy's article...my own has only hit around 3,700 even with Paul Krugman's much-appreciated shout-out. Avik Roy is a Big Shot Healthcare Wonk/Advisor; I'm still just a blogger wearing a bathrobe. If anyone was wondering why I didn't quietly bring the corrections to Roy's attention privately instead of busting him on them publicly, now I think you can see why.*

And before anyone claims I'd do the same thing if the roles were reversed, I should point out that I (a solid progressive Democrat who turned down a request to appear on the network) once publicly apologized (of my own volition) to FOX News' Bret Baier for making a false accusation about something he said on the air.

Dude, you screwed up and got busted, and thousands of people know it. Just own up to it and move on.

*CLARIFICATION (see how easy that was?): In case it still isn't clear, my point here is that it's pretty clear that Roy wouldn't have even bothered making as much of a correction he did if my response hadn't received the exposure that it did...and even then, it was only after at least 10,000+ people had read the original version.

UPDATE 12/10/15: I should note that Roy also made one other correction: He finally did add the link to the Health Affairs article from which his primary data point came, so there's that.

I also found it amusing that there actually is a reference/shout-out to me connected to the article after all...in the form of a "Top Comment" made by one Charles Green:

I guess Roy figured that this would suffice...and in a way, I guess it kind of does :)

UPDATE 12/11/15: Whoops, looks like Roy forgot to make the "2%" correction over at the other place he posted the same piece, The Manhattan Institute: 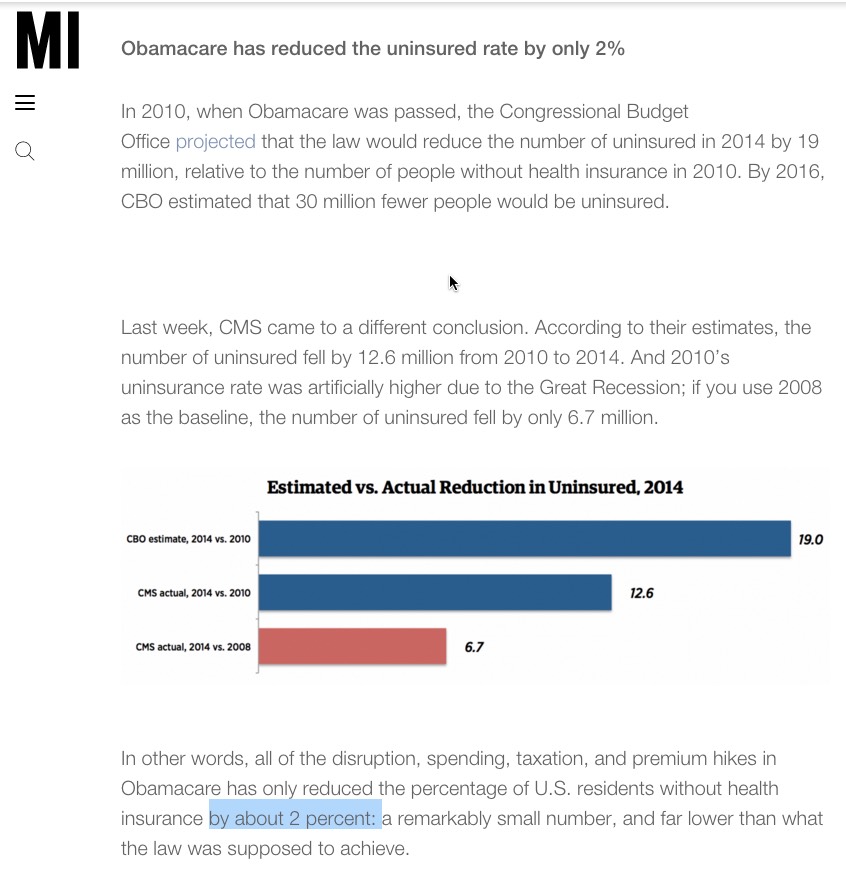