As I noted earlier today, I do expect things to drop off slightly for the current (third) week, to perhaps around 500,000 even via HC.gov. If so, that would bring the HC.gov total up to around 1.58 million by Saturday, or around 2.05 million nationally.

UPDATE: I'm also starting to track the weekly 2016 vs. 2015 HC.gov totals, since they're readily available for comparison:

For Week 3, last year over 618,000 people selected QHPs via HC.gov, but I'm only expecting around 500,000 this year. My reasoning is that the enrollment period started 2 weeks earlier this year, so I don't expect the things to start ramping up substantially until after Thanksgiving again. As always, I'll be happy if I've underestimated things... 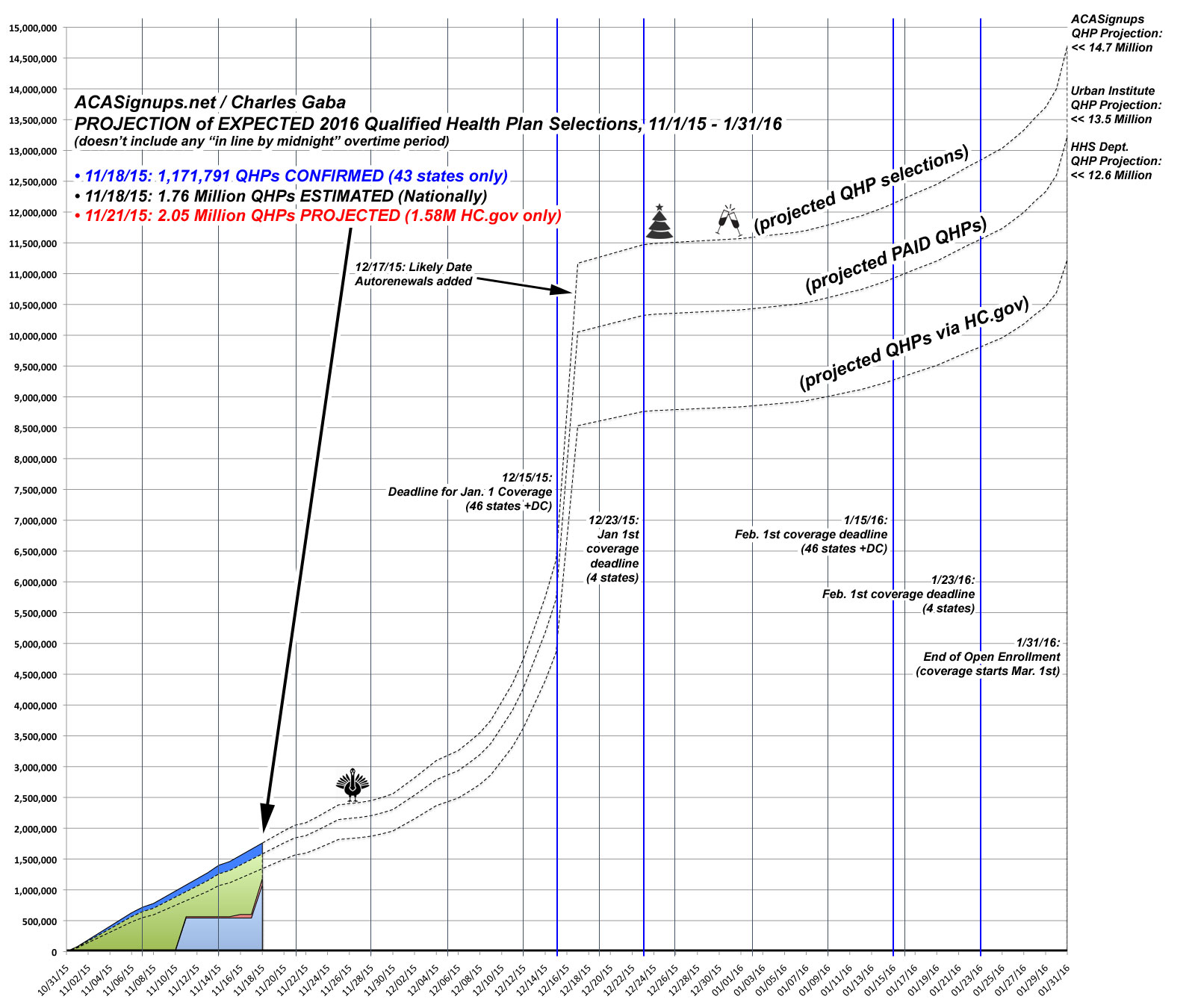