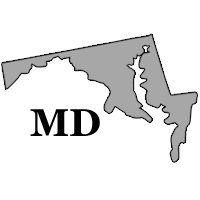 More than 57,000 people enrolled in health coverage through MarylandHealthConnection.gov during the first nine days of 2016 open enrollment, more than double the enrollment traffic during a comparable span a year ago.

Of the 57,213 who enrolled from Nov. 1 through Nov. 9, 10,867 were in private qualified health plans; 45,402 were in Medicaid and 944 were in stand-alone dental plans. The large Medicaid total included previous Medicaid enrollees who were in Maryland's former legacy system and were "redetermined" into the new web-based system.

The 8,421 private insurance enrollees who qualified for financial assistance in the form of Advance Premium Tax Credits included 6,168 existing enrollees who made a change in their plan for next year; 1,365 new enrollees with APTC and 888 APTC renewals who made no change from their current plans. An additional 2,446 private qualified health plan enrollees who did not qualify for tax credits, typically because their incomes are too high or too low, included 867 new enrollees, 1,556 who renewed with a change in coverage and 23 people who renewed without a change from this year.

Wow. That's a lot of data to absorb, but if I'm understanding it correctly:

Dental plan enrollments are also new for 2016 on MarylandHealthConnection.gov. Through Nov. 9, 2,299 enrolled in dental plus a health plan, while 944 enrolled only in a dental plan.

Through the first nine days a year ago, 20,510 had enrolled in Maryland's state marketplace. That total included 11,945 in private qualified health plans (both new and renewals from the previous year) and 8,565 in Medicaid.

The first week figures do not include most of roughly 100,000 Marylanders who were covered through Maryland Health Connection in 2015 and are able to "passively renew" into 2016 without any action if they wish to do so and don't need any changes from their 2015 plan.

More than 96,000 visited MarylandHealthConnection.gov and more than 65,000 phone calls were received during the first nine days this open enrollment, which began Nov. 1 and ends Jan. 31, 2016. That compares with about 73,000 website visitors and 24,000 phone calls for the comparable span last November.

I should also note: