[assuming that everyone currently enrolled sticks with their current policy next year], no matter how I slice it, the national weighted average increase for 2016 seems to be somewhere between 12% - 13%.

As I noted a couple of weeks later:

As I also noted at the time:

...which brings us to today's report issued by the McKinsey Center for U.S. Health System Reform: 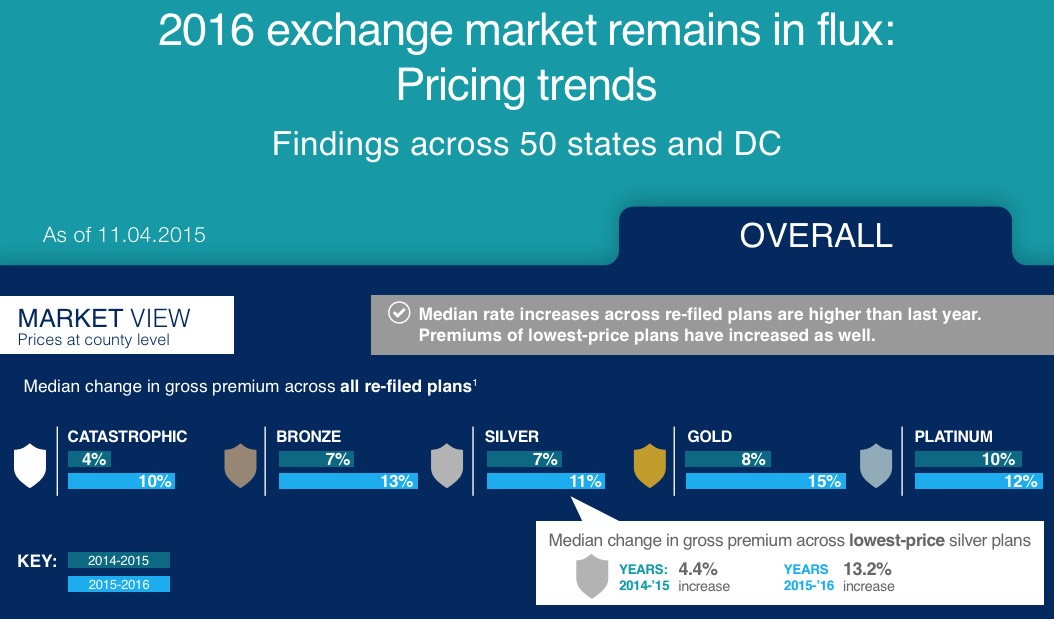 Add them all up and you get: 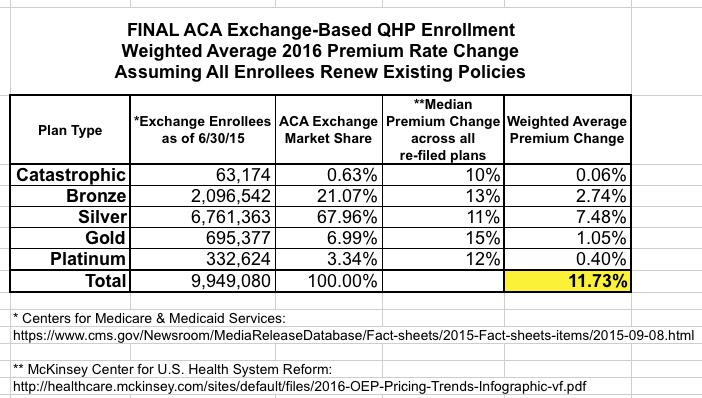