OK, Medicaid expansion ISN'T tapped out yet after all! Medicaid enrollment up 13.6M since Oct. 2013

Ever since Medicaid expansion officially kicked off in January 2014, the program's enrollment tally started swelling by hundreds of thousands of people every month, and continued to do so right up until July of this year, when it petered out completely:

Well, it turns out that this may have been premature on my part...because check out the August CMS Medicaid report, just released today:

The tally as of October 2013 was roughly 58.5 million...which means there's been a net increase of 13.6 million people enrolled in Medicaid/CHIP in only 20 months.

As for Medicaid expansion being "tapped out", according to the Kaiser Family Foundation's recent Exchange Eligibility report, there's still nearly 8.6 million uninsured Americans who are eligible for Medicaid or CHIP nationally, although they don't distinguish between those eligible for ACA expansion vs. the "Woodworker" crowd (ie, eligible for traditional Medicaid but haven't been 'drawn out of the woodwork' to enroll yet)...and that's with the 19 "non-expansion" states remaining jackasses about doing so.

So while things have slowed down somewhat (290K in August vs. the half-million or more which were being tacked on monthly for the first year and a half), that 290K August spike is still much closer to those figures than the 30K from July...so it sounds like July was an anomaly, though I don't understand how Medicaid works enough to speculate as to why it would drop down to almost nothing for one month before spiking back up again.

In any event, here's what the 2015 ACA Medicaid Expansion graph looks like now: 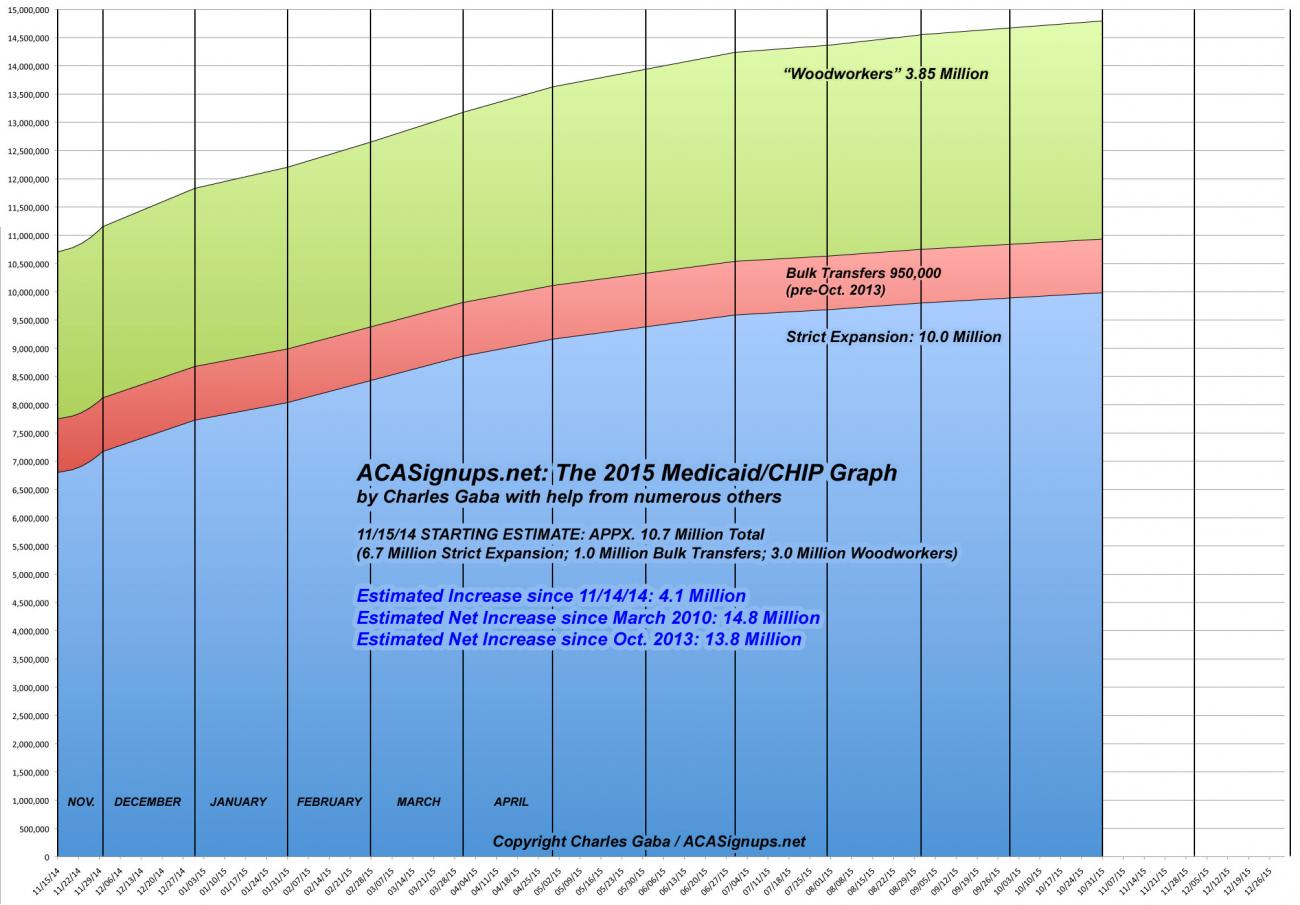