But wait, you're saying; according to The Graph, you estimated the net increase as of the end of June as 14.2 million, a million more than CMS is reporting!

Of course, The Graph itself doesn't stop at the end of June. My own projections actually have the current net gain up to around 14.6 million as of the end of July (or 13.7 million if you don't include the "bulk transfers"). 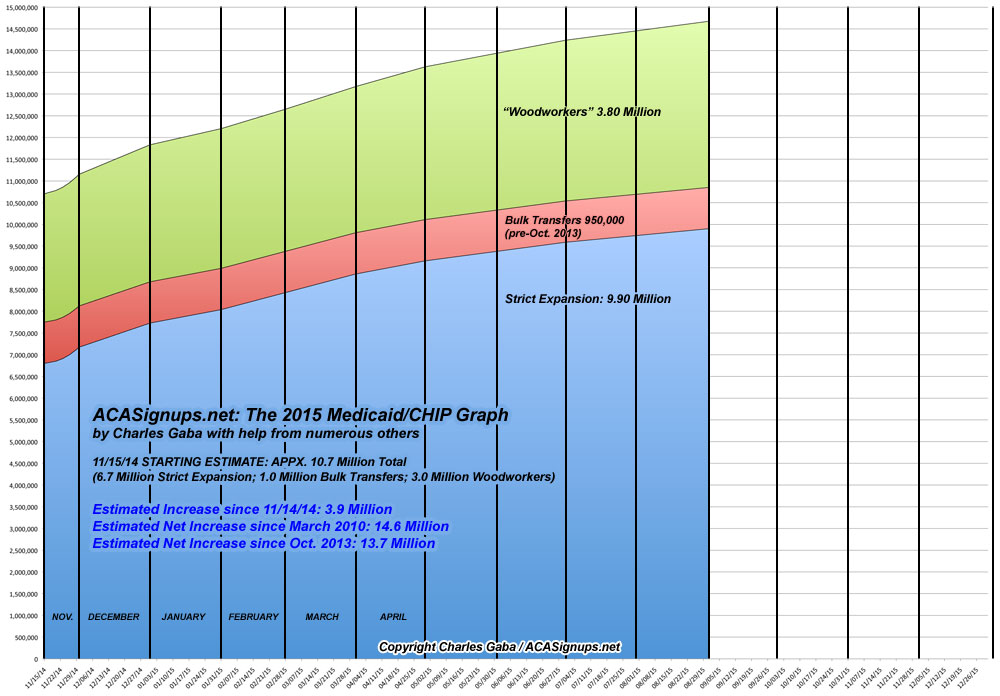