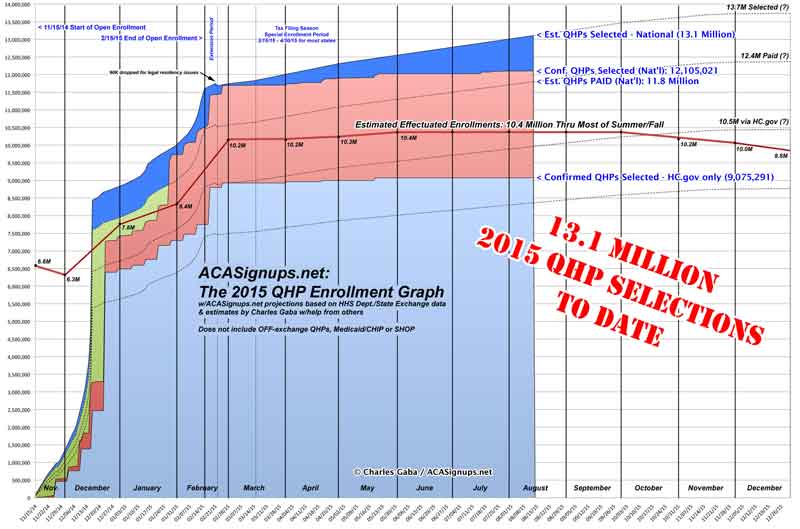 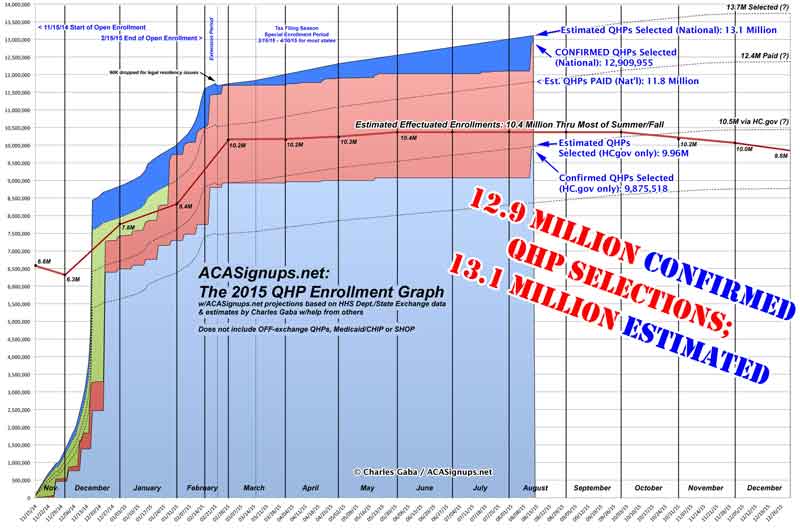 Yes, that's right: With this morning's updates from Minnesota and Massachusetts thrown in, the confirmed total number of QHP selections nationally now stands at at least 13,056,955 to date...vs. my estimate of 13.1 million, or just 43,000 shy of where I projected.

To be fair, it's actually even better than that: Today's CMS report for Healthcare.Gov only runs through June 30, which means it doesn't include the likely 230,000 additional people who have selected QHPs since then (assuming roughly 5,700 per day on Healthcare.Gov). In other words, the off-season daily average, which I've been estimating at around 7,500/day nationally, is probably more like 8,000/day or higher.

UPDATE: It turns out that 143,707 of these are due to the Tax Filing Season special enrollment period. Since I already had 147K included in my estimates prior to today, I have to subtract 147K from the grand total, bringing the grand total down to around 12.9 million (12,909,955).

Assuming off-season SEP enrollment continued at this pace throughout July and into August (7/01 - 7/13), that's another 275,000 from HC.gov alone. Normally I'd have to add the state-based exchange enrollment to this, but those have mostly already been accounted for.

In other words, the grand total as of today (August 13) almost certainly is at least 13.1 million after all, and could be as high as 13.3 million.