IMPORTANT: See this detailed explanation of how I've come up with the following estimated maximum approved weighted average rate increases for Kentucky.

A few weeks ago, I wrote about the Kentucky individual market rate increases. Kentucky was the 2nd state to announce the approved rate hikes...although there's a frustratingly large number of "N/A" entries for some pretty big companies (Aetna, UHC, etc).

Fortunately, as I explain in the first link above, I've still been able to piece together rough estimates of the maximum possible and most likely approved average rate increase for the Kentucky individual market: 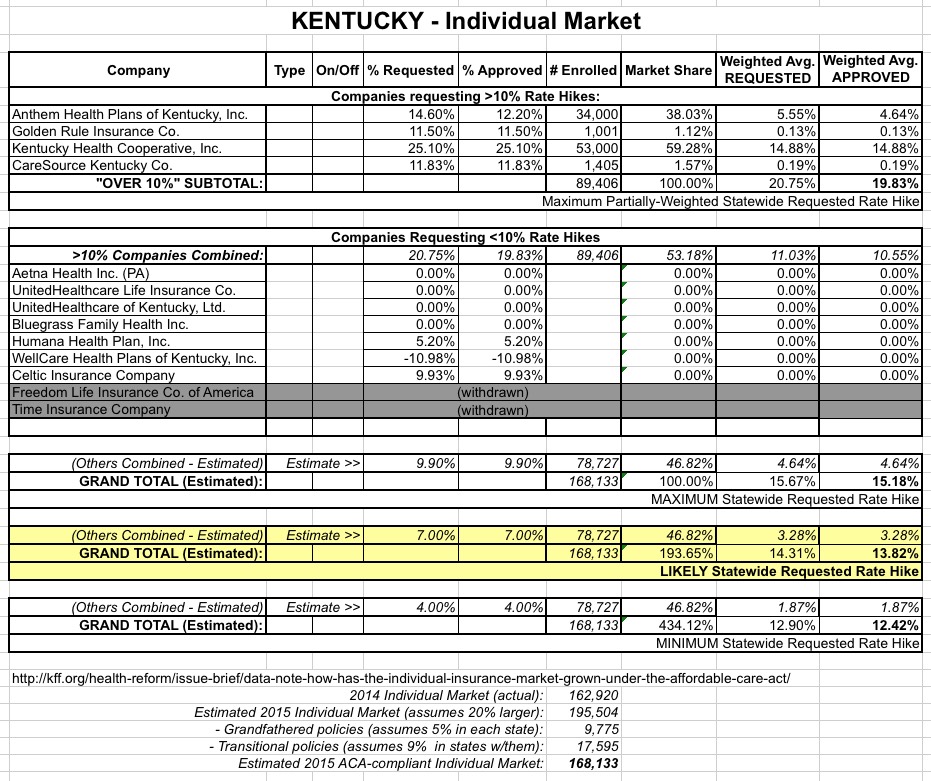 Again, the full explanation is included in the Missouri estimate, but to the best of my knowledge, it looks like the companies with rate increases higher than 10% come in at a weighted 19.8% increase, but only make up about 53% of the total ACA-compliant individual market, with several other companies (Aetna, UHC, WellCare, Celtic, etc.) with approved increases of less than 10% (decreases in some cases) and making up the other 47%.

Assuming this is accurate, the worst-case scenario for Kentucky is around a 15.2% weighted average rate hike. The "missing" companies range from -11% to +9.9%, so the more likely average is around 13.8%.