The CMS Dept. has quietly released their latest monthly Medicaid/CHIP enrollment report through the end of May...which happens to line up almost perfectly with what I was expecting:

But wait, you're saying; according to The Graph, you estimated the net increase as of the end of May as 13.8 million, a million more than CMS is reporting!

Of course, The Graph itself doesn't stop at the end of May. My own projections actually have the current net gain up to around 14.5 million as of the end of July (or 13.5 million if you don't include the "bulk transfers").

(I should also note that I somehow missed the April Medicaid report completely last month, but there's a link to it below as well) 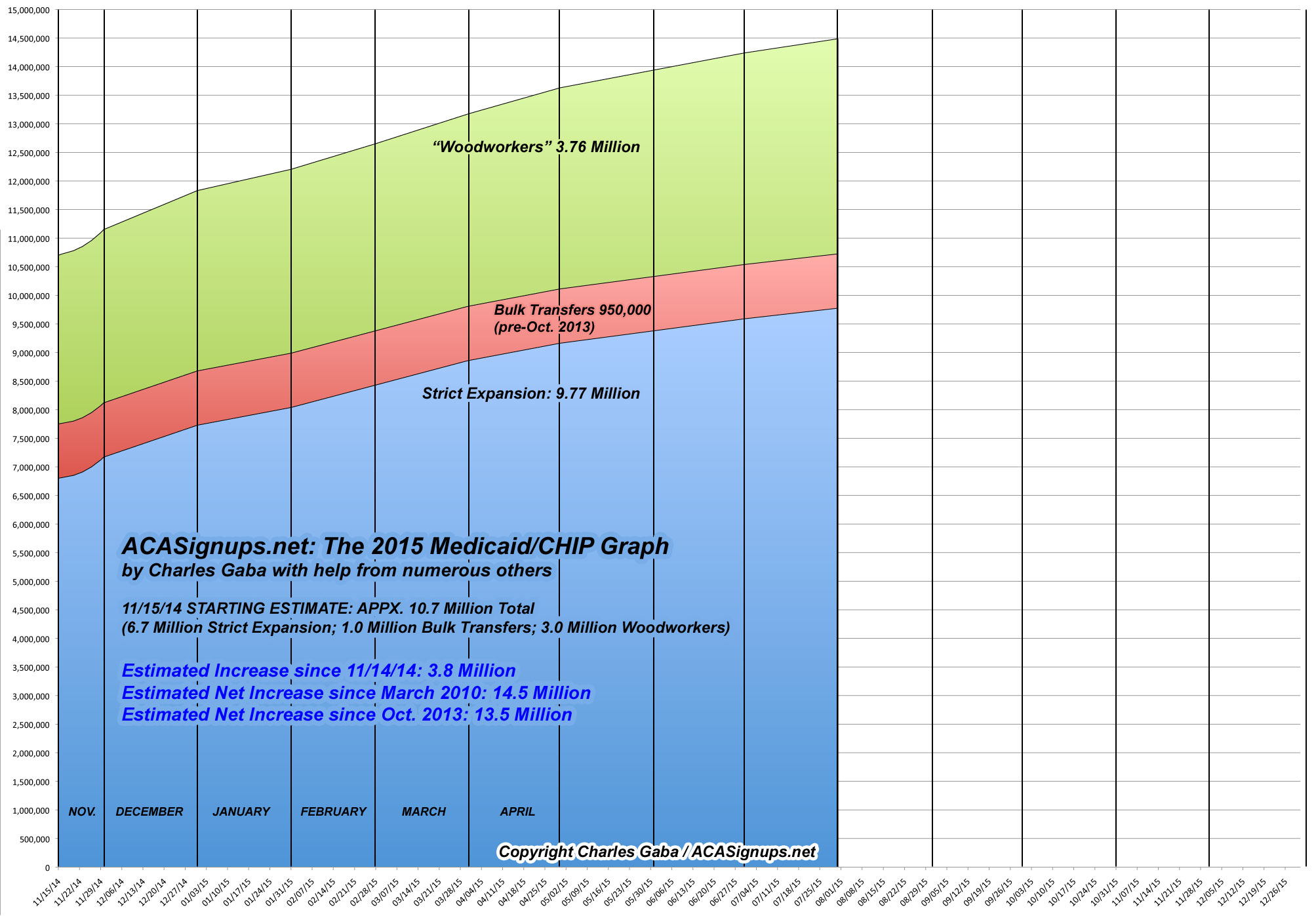