This year's projections are much the same as in last year's report, when trustees extended the solvency of the program another 13 years beyond projections in 2009, the last report issued before the passage of the Patient Protection and Affordable Care Act.

..."Once again, these reports demonstrate how the Affordable Care Act has bolstered Medicare and shored up the program's finances," Treasury Secretary Jacob J. Lew said in remarks accompanying the report.

The second Medicare-specific tidbit is the nifty report released just today by the Centers for Medicare & Medicaid, breaking out current Medicare enrollment not just by state, but by program. As you can see, total Medicare enrollment nationally is just a hair over 55 million as of May 2015:

On its 50th anniversary, more than 55 million Americans covered by Medicare

As Medicare and Medicaid celebrate their 50th anniversary protecting the health and well-being of millions of seniors, people with disabilities and low-income individuals, the Centers for Medicare & Medicaid Services (CMS) today released updated Medicare state-by-state enrollment numbers, showing that more than 55 million Americans are covered by Medicare.

In 1966, approximately 19.1 million Americans were covered by Medicare. In 2012, there were nearly 52 million beneficiaries covered by Medicare. Today’s enrollment numbers represent a three million person increase during the last three years as the Baby Boom generation has started to retire. Medicare beneficiaries depend on the program to provide critical health services such as preventive services, including flu shots and diabetes screenings, hospital stays, lab tests and critical supplies like wheelchairs and prescription drugs.

The official grand total is 55,056,521. As with Medicaid, enrollment has almost certainly increased slightly since May--it appears to be going up by roughly 83,000 per month, so it should be somewhere around 55.2 million as of today.

I'm not reposting the state-by-state breakdown as it would take forever to plug into a spreadsheet, but it's available at the link, of course. 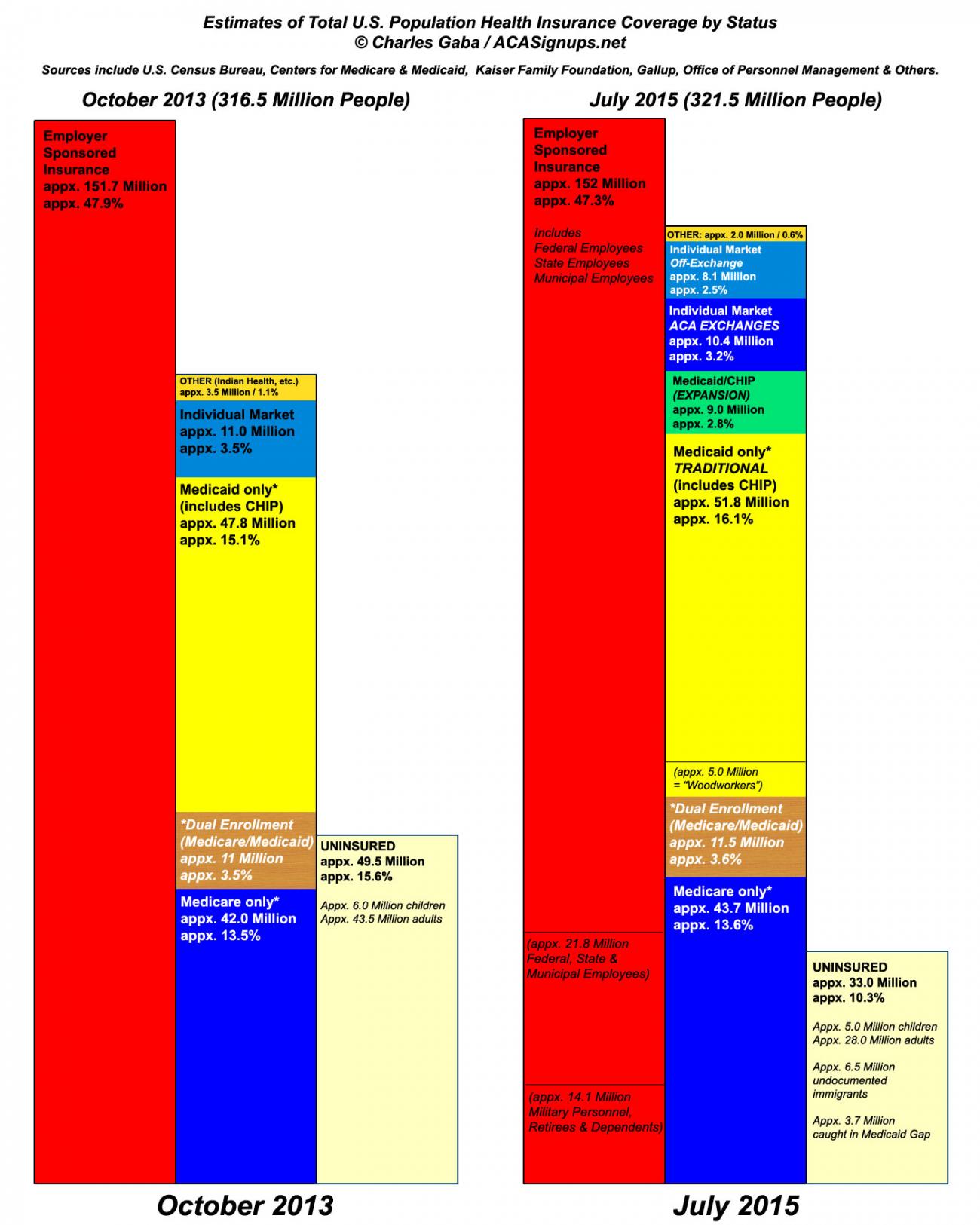