First up: A nice overview of the total* healthcare coverage picture in California. Obviously the numbers are a bit simplified and rounded, and aren't quite up to date, but this still helps visualize things. For me, the most important single data point here is the "0.9 million" figure: This report confirms that around 900,000 Californians are currently enrolled in off-exchange ACA-compliant policies (CA is one of the states which did not allow "transitional" plans). All 900K of these should be potential exchange QHP enrollees this year, along with most of the 1.3 million legal resident Californians who are still currently uninsured.

*OK, not quite "total"; it doesn't list Medicare enrollees and a few other peripheral publicly-funded programs, which add up to around 5 million people...except that some on Medicare might be dually-eligible with Medicaid as well, thus accounting for the seeming population discrepancy (CA has about 38.8 million residents, but the total of 5M Medicare + the slide below = 40M).

This slide also updates the Medicaid "expansion vs. woodworker" ratio--I had it estimated at roughly 2.7 million expansion + 600K woodworkers, but apparently it's more like 2.1 million expansion + 1.1 million woodworkers (oddly, while the actual net total Medicaid gain is shown as 3.2 million...which is close to what I already had...the wording says "nearly 3 million", which is odd, but whatever).

Also worth noting: According to CoveredCA, over half of the remaining uninsured in the state are undocumented immigrants. That strikes me as being significant. 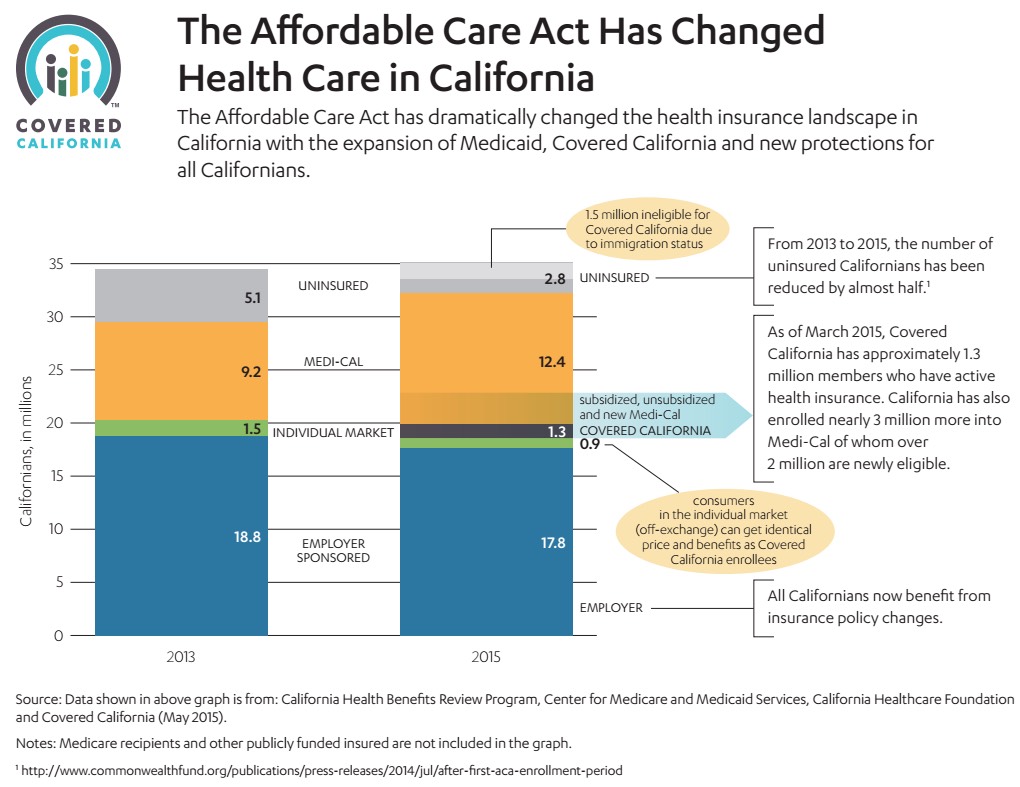 Next, as I noted above, according to CoveredCA's latest projections, after a slight dip next year, they should have a stable and viable budget/funding situation going forward, which means that they, at least, will be staying right where they are: 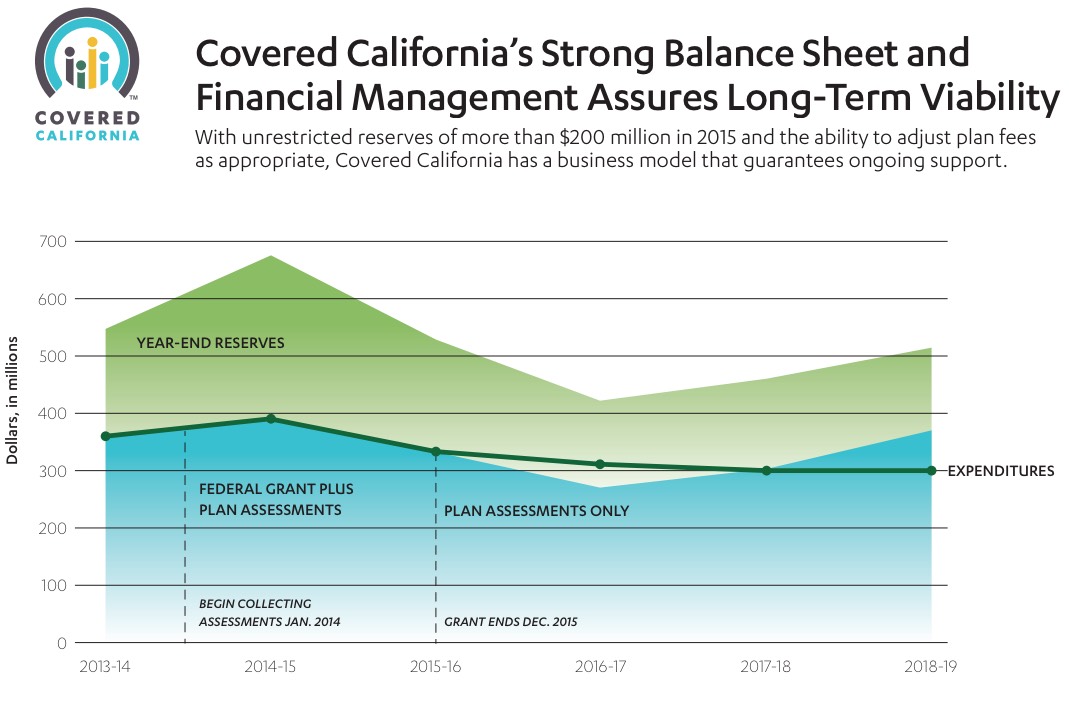 Finally, I found this pretty interesting: Just the other day I was ranting on Twitter about how one of the problems with the exchange policies in some states is too much choice--that is, some states have like 15-20 different companies competing, and with so many pricing variables (different metal levels, co-pays, networks, deductibles, etc etc) it can get too confusing for the average consumer.

Well, as it turns out, this is far less of an issue in California, because they've wisely placed extra limitations on some of the variables; as they say on another slide, "By offering fewer, but standardized products, Covered California offers better options, creating more value for consumers."

They explain the impact of this on actual enrollment choices: 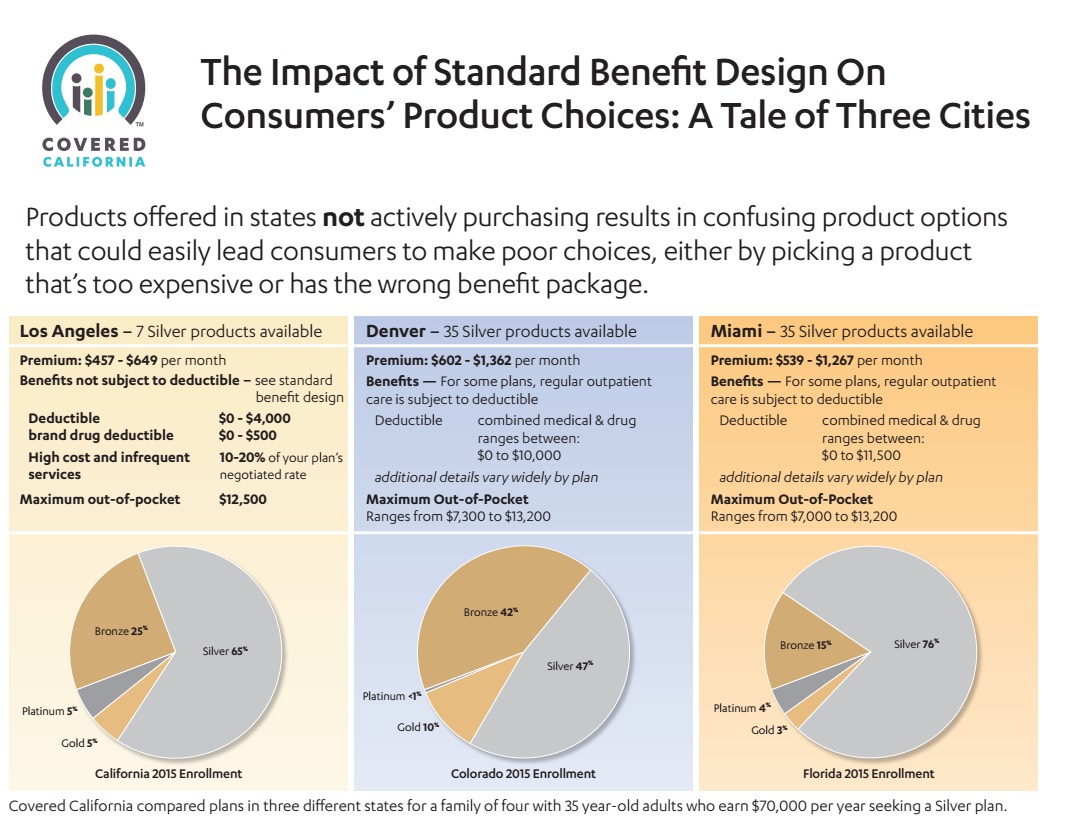 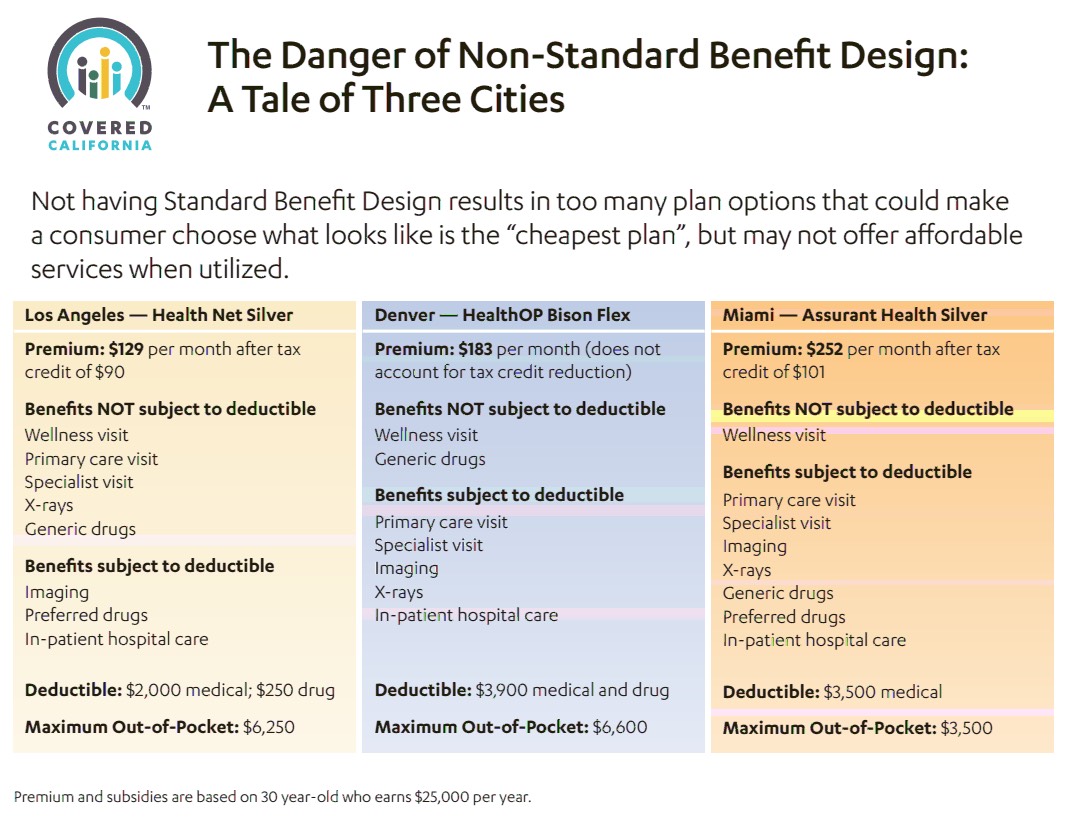