I know the site has been pretty much All King v. Burwell, All The Time for the past month or so, and no doubt that'll continue for the next few months (if the plaintiffs win) or the next week (if the government wins). However, with the decision imminent (expected either Friday or Monday now), I thought this would be a good time to update The Graph.

As you can see, assuming appx. 7,500 QHP selections per day nationally, the grand total for 2015 should have crossed the 12.7 million mark sometime over the past few days. Of course, it's possible that this average has become substantially higher or lower over the past few weeks as people learn more about the impending KvB decision...some eligible off-season enrollees might be jumping on it in hopes of snapping up at least a month or two worth of tax credits before the Supreme Court lowers the boom, while others who were planning on doing so may have decided not to bother even trying, figuring that it'll just be a lot of paperwork for nothing (shrug).

In any event, the Graph also now includes a rather stark diagonal line showing the expected enrollment loss of effectuated enrollments for the balance of 2015: Around 6.5 million people, give or take, likely followed by up to 2 million more dropping off the charts in 2016 (assuming a plaintiff win and no substantive resolution by either Congress or the various states).

Meanwhile, on the Medicaid/CHIP side, things should have been quietly crawling along at a slower-but-steady rate. I figure that the total net increase in Medicaid/CHIP enrollment due to ACA provisions (including those in the "woodworker" category, which some may disagree with) should be breaking the 14.0 million milestone right about...nowish. 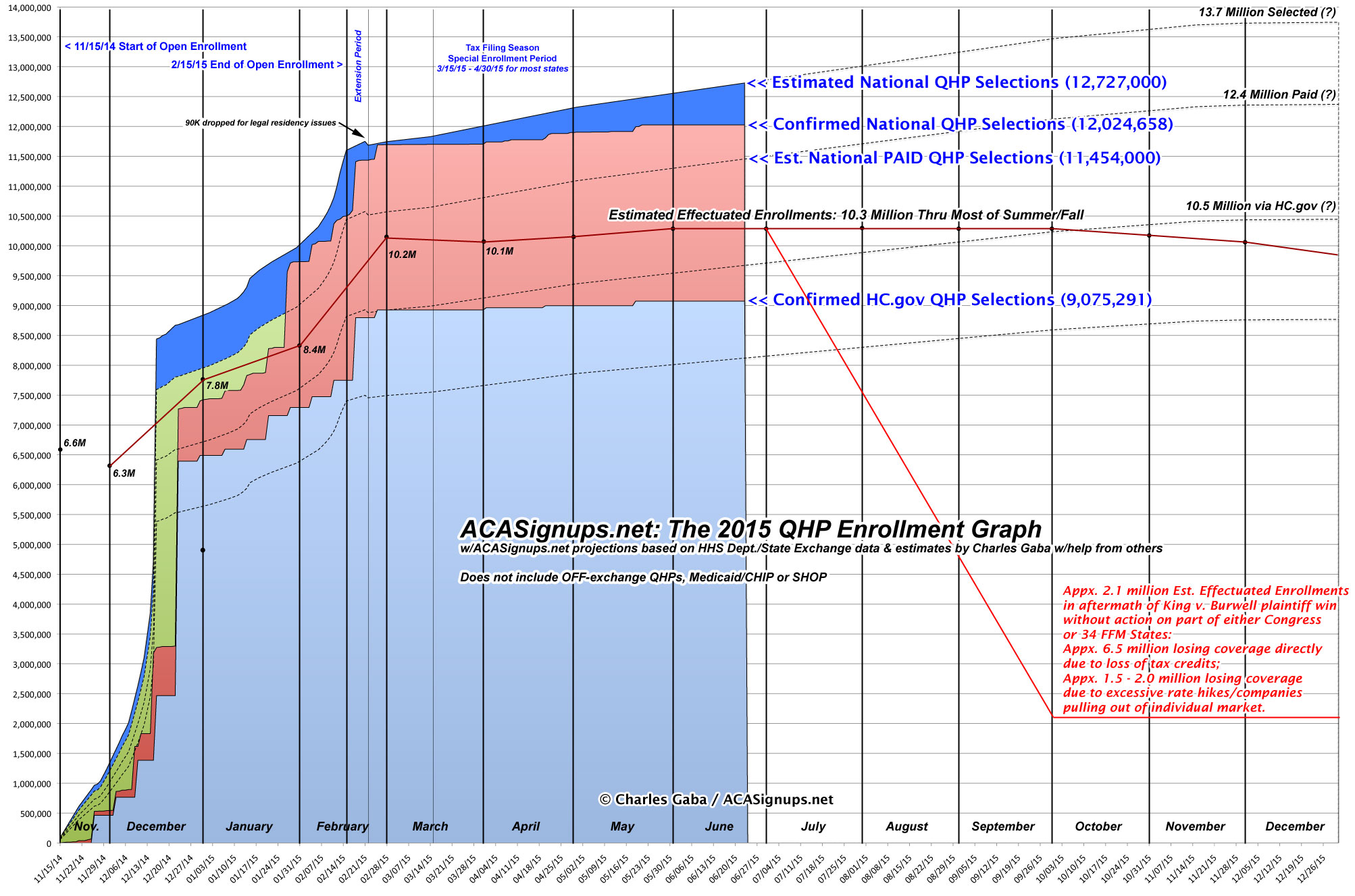 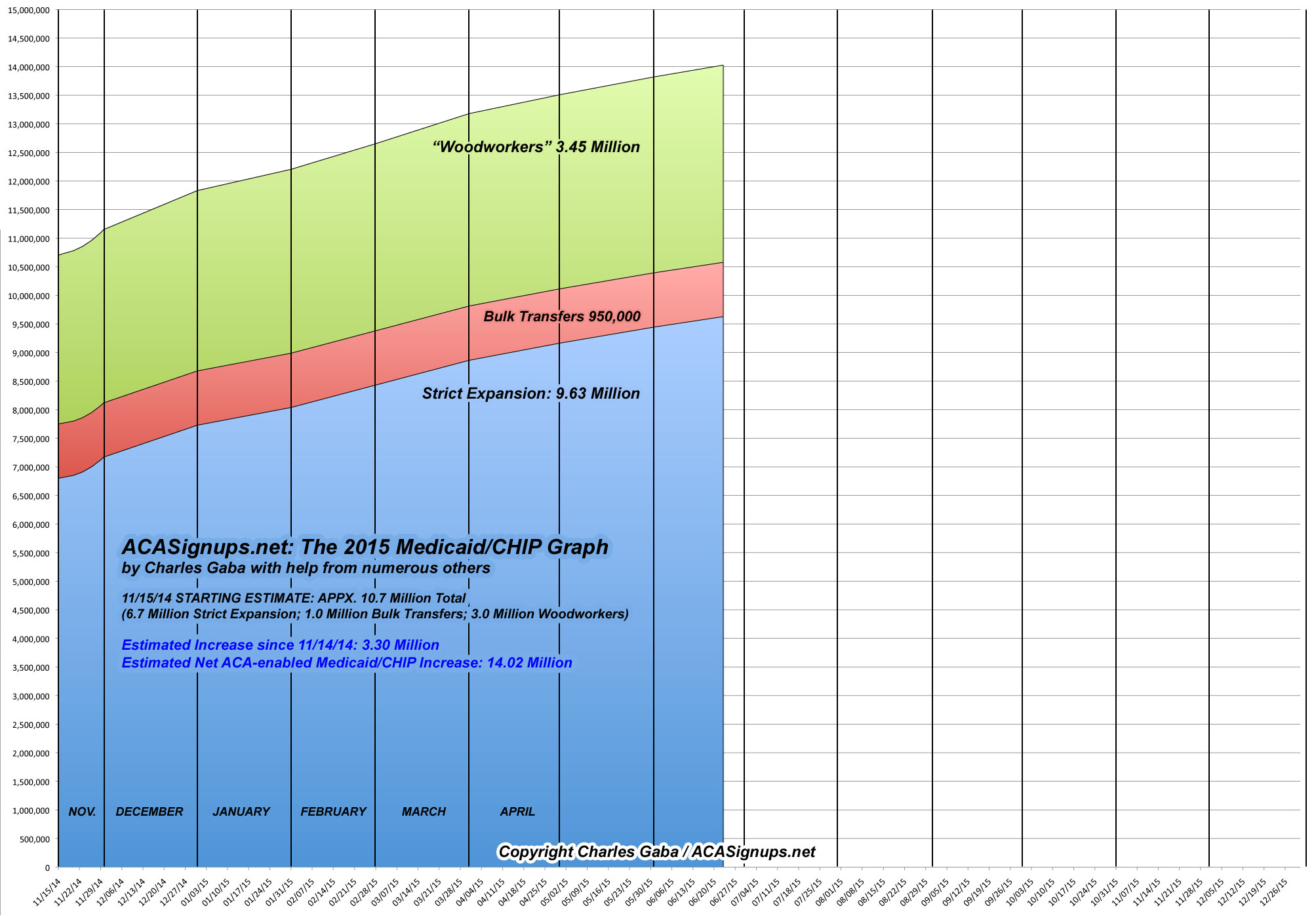