On the one hand, this is obviously great news. Assuming it all goes through as planned in both states, we should be able to scratch around 343,000 people off the immediate King v. Burwell casualty list (around 325K in PA and 18K in DE), and up to 600K off the "total" casualty list when you take the subsequent massive "death spiral" rate hike which would likely otherwise follow the ruling into account.

On the other hand...not much detail to go on so far, just that the HHS Dept. is fine with both PA and DE's proposals, which isn't particularly surprising under the circumstances.

Delaware should be a no-brainer, as it has a Democratic Governor, House and Senate.

Pennsylvania, however, will likely be a lot trickier, since the Democratic Governor, Tom Wolf, still has to convince the GOP-controlled state House and Senate to agree to the plan, and quickly.

Finally, even if the PA legislature plays ball, there's still the question of whether "piggybacking" the technical side (ie, the website enrollment process) onto HealthCare.Gov, the way that New Mexico, Nevada and Oregon are currently doing, would be considered "kosher" by the Supreme Court.

If they are, then it sounds as though both Pennsylvania and Delaware should be in the clear, leaving "only" around 6.1 million people left to be potentially thrown to the wolves immediately (and perhaps 12 million or so eventually).

If, however, the ruling states that not only do the states have to have a legal entity "established" but that they also have to operate their own technical platform (which seems unlikely, but which I've yet to receive a definitive answer about), then not only would PA and DE be no better off, but Oregon, Nevada and New Mexico would be added to the pile as well.

UPDATE: OK, thanks to Julia Truelove for this link re. Pennsylvania: 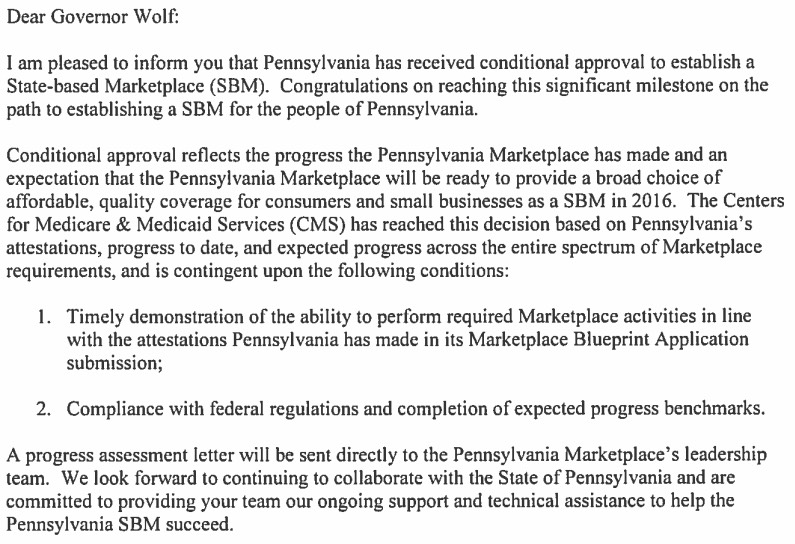 ...and here's the same letter for Delaware: 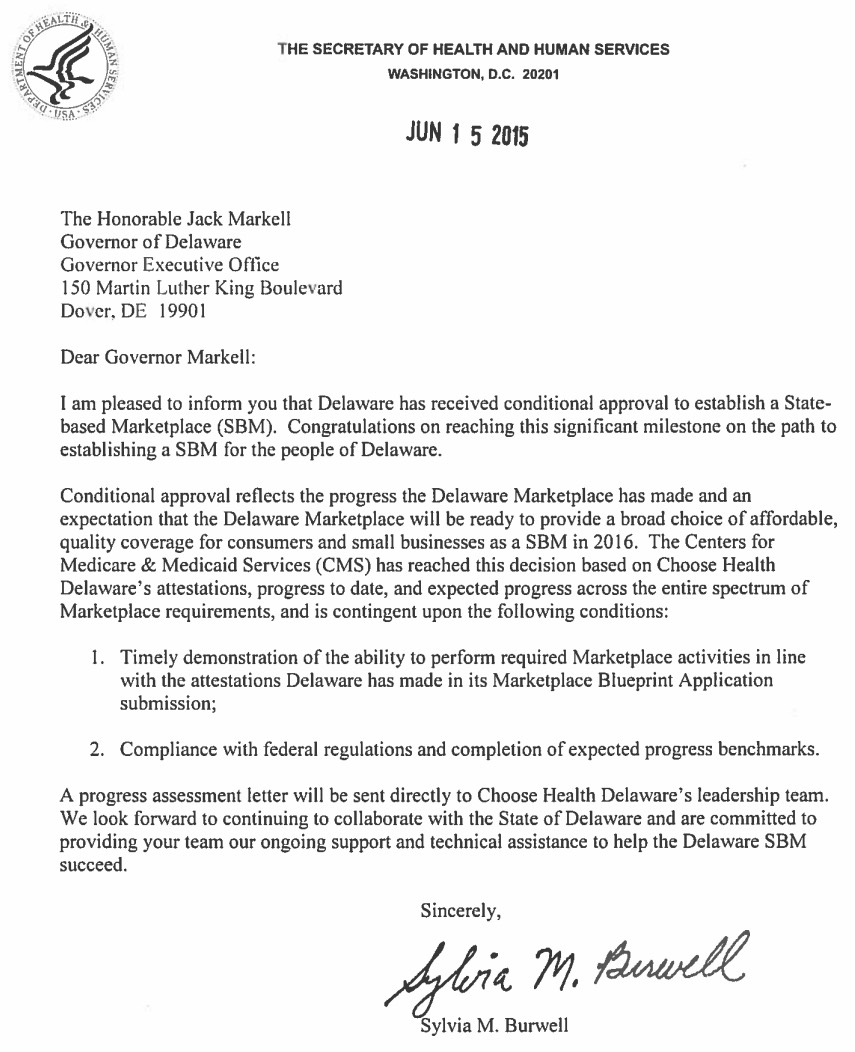 Hmmm....clear as mud. If I'm reading this correctly, it sounds like all that may be required to "establish" a "state-based" marketplace to comply with the ACA regulations is for...what...the Governor and state legislature to say "Mother May I?" with a formal letter to Sylvia Burwell?? The conditions seem to basically amount to "make sure you fill out some paperwork, slap together a board of directors and set up a phone line to answer questions".

Is that really all it takes after all??

Somehow I find that pretty hard to believe...although if true, then that means that 1) My half-joking "Denny's Grand Slam" workaround from nearly a year ago really was all that it took, and 2) A whole lot of reporters, pundits, lawyers and officials (including myself) are gonna feel pretty damned foolish about running around with our respective hair on fire for the past year or so.

Again, I find this highly unlikely; there's almost certainly more to it than that. In any event, what this does prove, once again, is that the biggest hurdle involved in resolving the King v. Burwell "problem" is for Republican elected officials (at the state level in this case, as opposed to Congress) to stop being insufferable brats.

Also, here's an unexpected surprise: Arkansas was just approved as well...although not until 2017 for the individual exchange, which isn't really that significant since that's been in the works for awhile now. This is still good news, however; thanks to "JJ" and Michael Battle for the heads up: 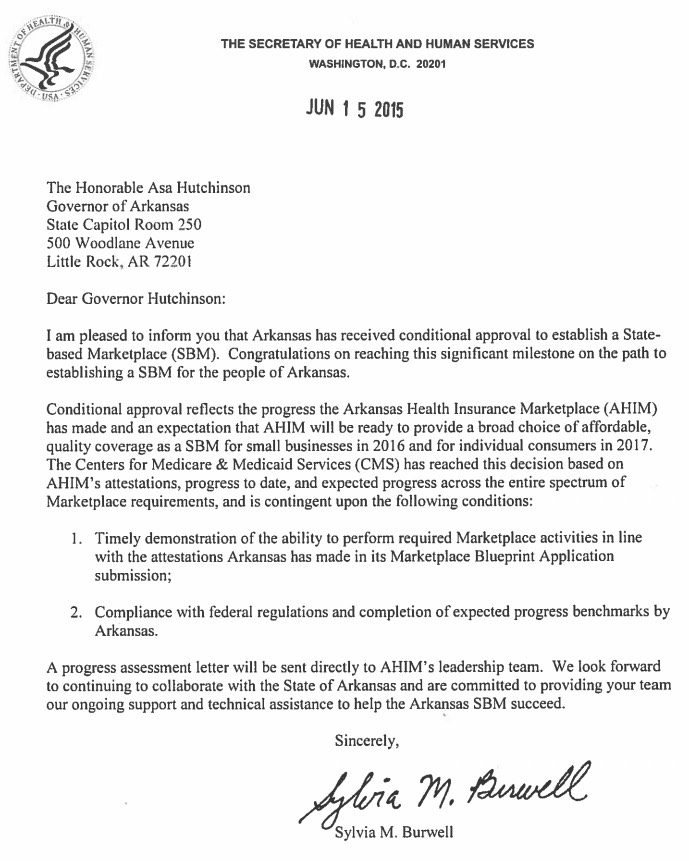