A 3rd Way to present 2016 rate requests: Flat-out lie about them

I just posted 2 different ways which media outlets can write up stories about the 2016 insurance premium rate requests.

One, from CNN Money, took an alarmist stance in the headline, but the article itself--while still angled towards the high increase end--was technically accurate.

The second, from Capital New York, was more complete and accurate including the proper context (it included all companies and weighted them by market share, as opposed to partial, skewed data). It also had a less sexy, but far more accurate headline.

There's also a third way to present the story: Making crap up, aka lying about it.

Thanks to commentor "pilon" for the head's up on this silliness from some right-wing outfit called the "Washington Policy Center" (I'm not gonna link to them, but I'll include the URL in the screen shot): 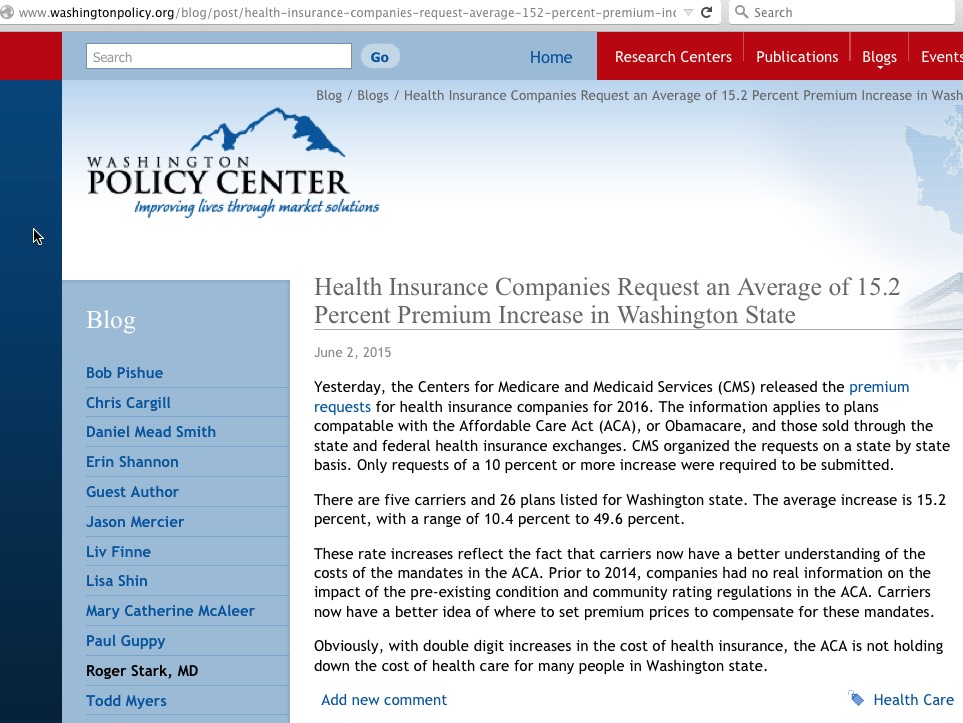 No, Dr. Roger Stark, MD: The "average" premium increase requested by health insurance companies in Washington State is not 15.2%, or even close to that.

Let's count the "mistakes" you made here, shall we?

In other words, you're basing your 15.2% "average" on 26 plans...completely ignoring the additional 652 which are requesting lower than 10% increases or in some cases decreases next year. That's less than 4% of the total and again, mixes together two different risk pools which have no business being mushed together.