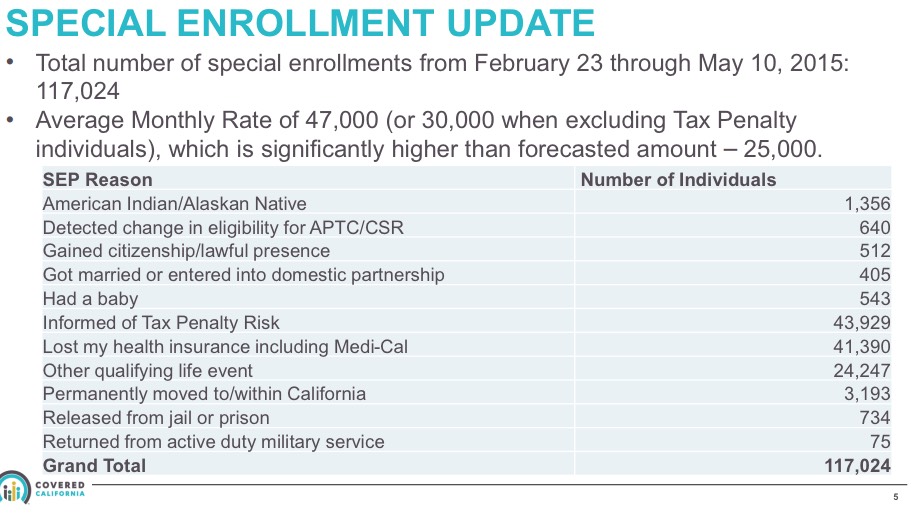 What does that mean? Well, remember, that was as of March, which means that it doesn't include the extra 117K who signed up since February 22nd.

Now, it's possible that I'm misreading this, and that I need to divide by the larger, more recent number (1,529,224). If so, that would make the payment rate "only" 87.8%...which is exactly what I've been using as a rule of thumb for nearly a year now. However, even if that's the case, that would still be a substantial improvement for California specifically, which only hit a disappointing 81.7% last year.

IF, however, California has indeed managed to hit a 95% payment/effectuation rate, then that has huge implications for the rest of the numbers that I've been estimating...and due to CA's sheer size, it would have an impact whether it's representative of other states or not.

Here's what I mean by this:

I'm waiting to receive clarification about which denominator I need to divide the 1.343 million number into.

In the meantime, at the very least, this brings the grand totals up to:

THERE!! We're officially over the 12 million mark, for real now (whew)!!

This is very close to the 7,000 - 7,500/day estimate that I've been using for off-season Graph projections for some time now.

Update: As an aside, the report also note that SHOP (small business) enrollment is at 16,855 "members", which is pretty much the same as it was in early March. However, at the time, that 16K figure referred specifically to employees, which means it didn't include their dependents (family). Assuming around 2.5 people per household, that's around 42,000 covered lives.