As you'll recall, after over a month of radio silence since the end of Open Enrollment, a couple of weeks ago the HHS Dept. finally stated, when asked directly about it by CNBC's Dan Mangan (although they didn't bother responding to me about it over the previous few weeks), that yes, they would be releasing post-OE2 enrollment data last week.

Well, last week came and went...and nothing. When called out for this publicly by Mangan on Friday afternoon, HHS responded by claiming that they'll do so this week.

Well, we'll see if they actually do so or not. After the breath-of-fresh-air transparency of the open enrollment period itself, when they were posting weekly enrollment "snapshot" reports broken out by state and even municipal areas, having the plug pulled so abruptly, going radio silent and then failing to come through last week has me back to being wary about their off-season openness. Hopefully it's the off-season quiet that's been the aberration, not the on-season openness.

Anyway, assuming they do release updated data this week, remember that this will only be for the 37 Healthcare.Gov states, and will therefore likely be missing roughly 25% of the total QHP selections since 2/22.

As of today I'm expecting the national total to be around 12.18 million, of which around 9.28 million should be via HC.gov. However, any report issued by them this week will likely only run through last Friday, so will be a bit lower...perhaps 9.23 million. 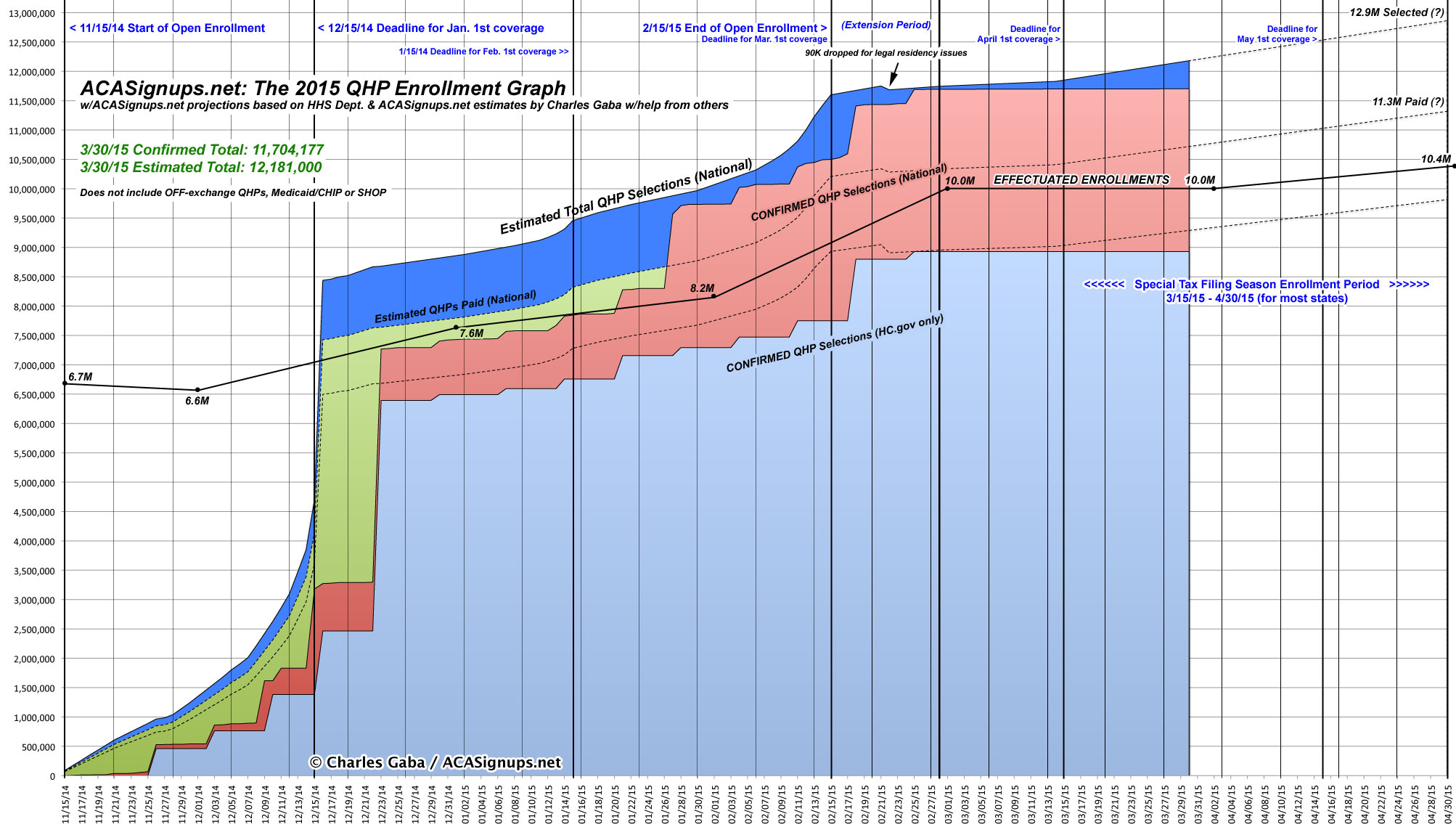