UPDATED: Dear HHS/CMS: Will you be providing #ACATaxTime / Off-Season Enrollment Reports? If not, WHY not? 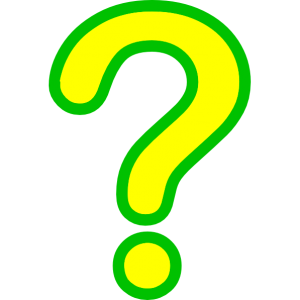 UPDATED 3/20/15: Yay! The HHS Dept. has confirmed that yes, they'll release "some enrollment data" the week of March 23rd...but it's still not a full response; see my post about it.

Don't get me wrong, I was thrilled when you started breaking HC.gov enrollments down weekly, and was especially happy when the state-by-state breakdowns were provided! Awesome! That's the main reason I started this project in the first place, because of the lack of data transparency during the 2014 enrollment period!

It appeared that that my rant from last May had gotten through (as well as some of my additional suggestions from last August).

But then, the final week, you appear to have pulled the plug, with a lot of past-tense language ("weekly snapshots were released", etc.), and aside from the ASPE report released last week, there haven't been any "weekly snapshots" since (and even the last one didn't break it out by state, although the ASPE report did, of course).

A couple of weeks ago I posted an Open Letter to Every ACA Exchange. I droned on for awhile before getting to the point, so today I'll cut to the chase and ask you at HHS/CMS/HC.gov specifically:

Awhile back the Treasury Dept. indicated that there could, theoretically, be up to 6 million people who qualify for this SEP, although my guess is that the number who will actually enroll will be more like perhaps 1 million at most. But why should we have to read tea leaves and play guessing games? You did a great job during open enrollment; would it really be that difficult to keep it up when the numbers are lower and things have quieted down?

Even more importantly, the same questions apply during the OFF-Season (that is, May 1st - October 31st, when the only people who can apply are those who qualify due to major life changes such as getting married/divorced, having a child, losing other coverage, moving to a new state and so on):

Again, we're talking about substantial numbers here. As I noted last summer and fall, something like 6,000 - 9,000 people were still selecting exchange QHPs every day from last May through the end of the year (although this tapered off substantially as the year drew to a close, obviously). By my best estimates, something like 1.6 million people signed up between 4/16/14 - 12/31/14 (click image for full size):

Just so we're clear: Everyone understands that thousands of people will also be dropping their coverage during the off-season, and in fact that this number will likely end up being a bit higher than the number who are added...and that's PERFECTLY FINE. If you have that data as well, feel free to put it alongside the additions, just like Massachusetts is doing. If not, then that's understandable; just include a prominent note to clarify that a lot of people are also being subtracted throughout the year as well.

Again, as shown on the table above, in 2014 it appears to have gone something like this:

However...why does that have to be a guestimate/estimate? Why not just keep issuing weekly (or at least monthly) reports like you did during Open Enrollment?

As an aside: I would be asking you to do this even if the King v. Burwell Supreme Court decision wasn't hanging over everyone's heads, but since it is, that makes it all the more important to know just how many people could be facing economic disaster if the SCOTUS rules against the IRS.