So far, aside from general stuff like shifting economic trends and the like, there's only been one explanation I've heard which seems likely to explain at least some of the 96K - 119K discrepancy in the estimates from last spring and the actual enrollment to date, involving Detroit's recent Emergency Financial Manager actions last fall. However, even that seems unlikely to explain everything; I doubt the City of Detroit has THAT many city workers who would have been impacted by such a decision.

Here's what this looks like visually, since the program launched on April 1st, 2014: 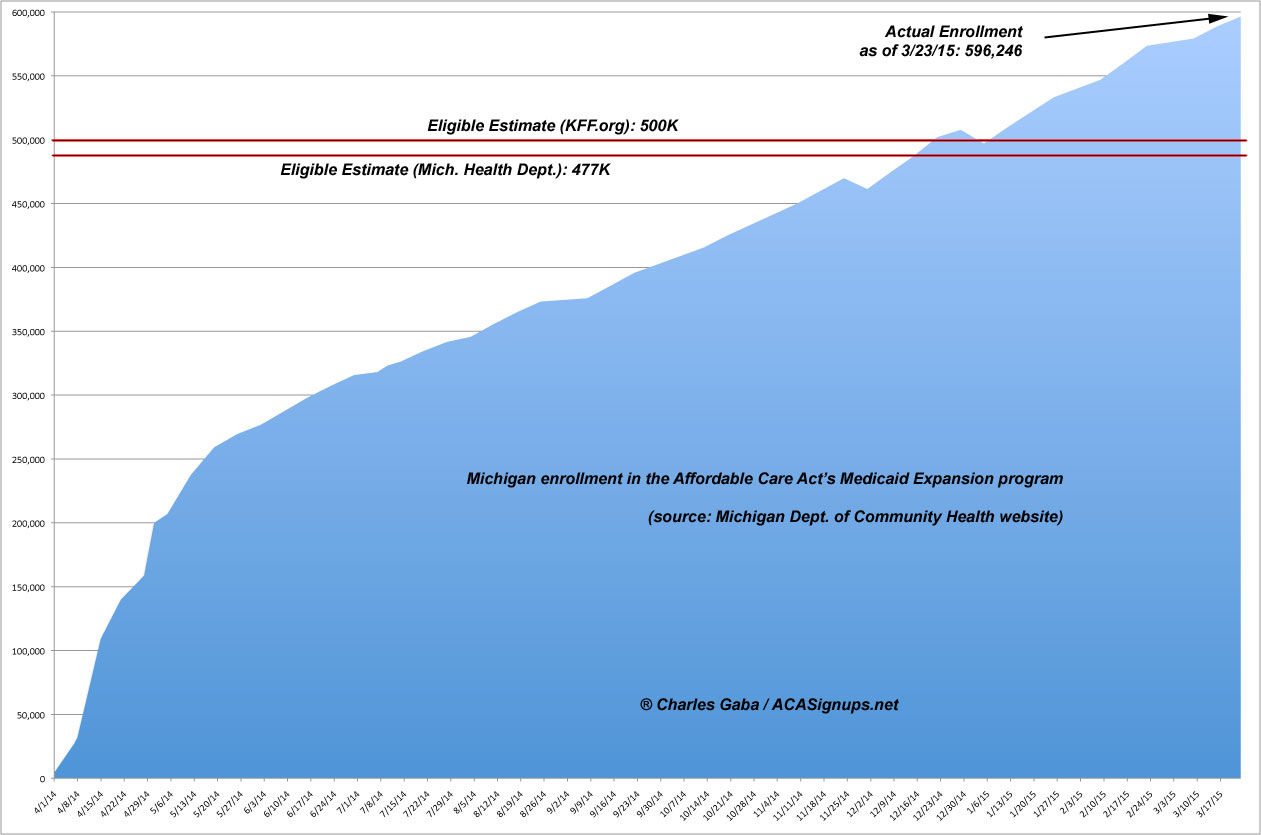 UPDATE: OK, I finally did what I should've done months ago when I first noticed the seemingly out-of-whack enrollment data: I checked in with Larry Levitt of the Kaiser Family Foundation, who set me straight on a few items (some of which should have been "head-smackingly" obvious to me):

@charles_gaba The enrollment you're showing is quite a bit higher than CMS data. Also, eligibility estimate is among just the uninsured.

@charles_gaba There are people with employer coverage who are Medicaid eligible.

@charles_gaba State data may reflect transfers of people from one category to another. Not sure. CMS shows net change in overall enrollment.

In other words, that 500K eligible estimate from the KFF was only for those who were uninsured at that time. Just as there are lots of private exchange enrollees who were previously insured (about 43% of them last year, also according to KFF), some of those who enroll in Medicaid expansion were also already covered some other way at the time of their enrollment.

Case in point: Someone who was already in "traditional" Medicaid earlier. Their income went up (but not a lot), so they no longer qualify for the regular Medicaid threshold, but still fall into the 100-138% range so get shifted to "expanded" Medicaid. Others may have been on employer-sponsored insurance and then lost their job, etc etc.

OK, with that in mind, this makes a lot more sense, and I'll stop fretting over the "mystery".