UPDATED 3/9/15: Over at Balloon Juice, Richard Mayhew provides some reassurance that Mr. Potter is mistaken about the rate outcome of a favorable (to the Government, the law, morality and common sense) King v. Burwell ruling:

The first reason why he is wrong is that the June numbers are preliminary numbers.  Those numbers are not set in stone.  The second reason is if the subsidies are upheld, any uncertainty costs that appear on the 2016 Exchange gets eaten by the subsidy.  For the subset of people who are buying on Exchange without financial assistance and all people  buying off Exchange, they could pay slightly higher rates but on-Exchange subsidized buyers are protected by the subsidy structure. 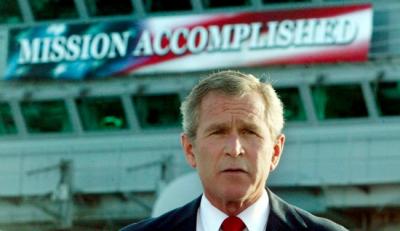 Back in January, I summed up the sham King v. Burwell case as follows:

I was being pithy, but my point was completely serious.

Today, Wendell Potter notes that the Republicans may have succeeded in destroying the lives of millions of people even if the Supreme Court ends up shooting down the King plaintiffs:

A big part of the problem is the timing of what the Court will ultimately decide to do. Although the nine justices are expected to vote within days of Wednesday’s hearing, the Court is not expected to announce its decision until June. That’s just how the high Court does things.

The problem for insurance companies is that by June, many if not most of them will already have told state and federal regulators how much they plan to charge customers for policies they will sell on the exchanges in 2016.

...everyone who buys coverage in the individual market in those 34 states – not just those getting subsidies – may see big spikes in their premiums.

The American Academy of Actuaries has asked the Department of Health and Human Services to allow insurers to submit two sets of rates for 2016: one assuming the subsidies will still be available, and the other assuming they won’t.

Insurers don’t know if the feds will allow them to do that. Meanwhile, they’re having to begin the work of setting rates for next year. Because of all this uncertainty, insurers reportedly are thinking of pricing their policies higher for 2016 than they would if they knew today which way the Court will rule come June. Many if not most insurers – maybe even all of them – will be setting rates based on the worst-case scenario of a plaintiff’s victory.

And those rates will be higher than they would have been if the Court had never agreed to take King v. Burwell.

Bravo, Republican Party. (sarcastic golf clap) Like spoiled children, you may have managed to get what you want (millions of people's lives ruined...half of which are your own fellow Republicans) no matter how this plays out.

UPDATE: Oh for the love of God...check this out:

Everybody laughed off the constitutional amendments that a handful of states added over the past few years—prohibiting the implementation of the Affordable Care Act, specifically the individual and employer mandates—as meaningless messaging measures.

But if the Supreme Court rules in King v. Burwell to invalidate tax credits on the 30-plus states that used the federal HealthCare.gov website, it might not be so funny.

If the Court disallows tax credits on the federal exchange, most states could prevent their residents from losing financial help by creating their own exchange. They might not, but they could. Problem solved.

But for this handful of states, that might not be as easy as it sounds. Those constitutional amendments that were seemingly useless at the time could gum up the works. Some of the law's opponents already have argued that the amendments would prohibit those states from setting up an exchange—in effect, forbidding them from fixing the law within their borders.

Alabama, Arizona, Ohio, Oklahoma, and Wyoming have passed anti-Obamacare amendments, according to the National Conference of State Legislatures. And more than 1 million people in those five states would lose tax credits if the high court rules against the Obama administration later this year, according to estimates from the Kaiser Family Foundation.

Talk about shooting yourselves in the foot (and thanks to the idiots in these states, they couldn't afford to have their foot operated on either).