IMPORTANT!! The table and graph below make several important assumptions about how the rest of 2015 will play out:

How many people? Well, let's assume that around 10% or so at the upper end are only receiving nominal tax credits--$10-$20 per month or so. If you're at that income level, losing a couple hundred bucks per year would be annoying, but it wouldn't hurt you too badly. However, that leaves perhaps 7 million people down the scale for whom having to cough up an average of $3,200/year more in taxes would be pretty devastating...and that's before the "death spiral" kicks in (you know, the one that didn't happen this year, so the Republican Party is determined to make it happen next year).

*(assuming 11.8M effectuated enrollees as of June 1st, about 76% of these will be via HC.gov; of those about 87% will be receiving tax credits, or 7.8 million). Of course, that assumes that Nevada, Oregon and New Mexico all get screwed by King v. Burwell along with the other 34 states on HC.gov. If not, then the number will be slightly lower (perhaps 7.6 million or so).

With all that out of the way, here's how I foresee the rest of 2015 looking:
(Click below for full-size versions...warning: the Graph is HUGE) 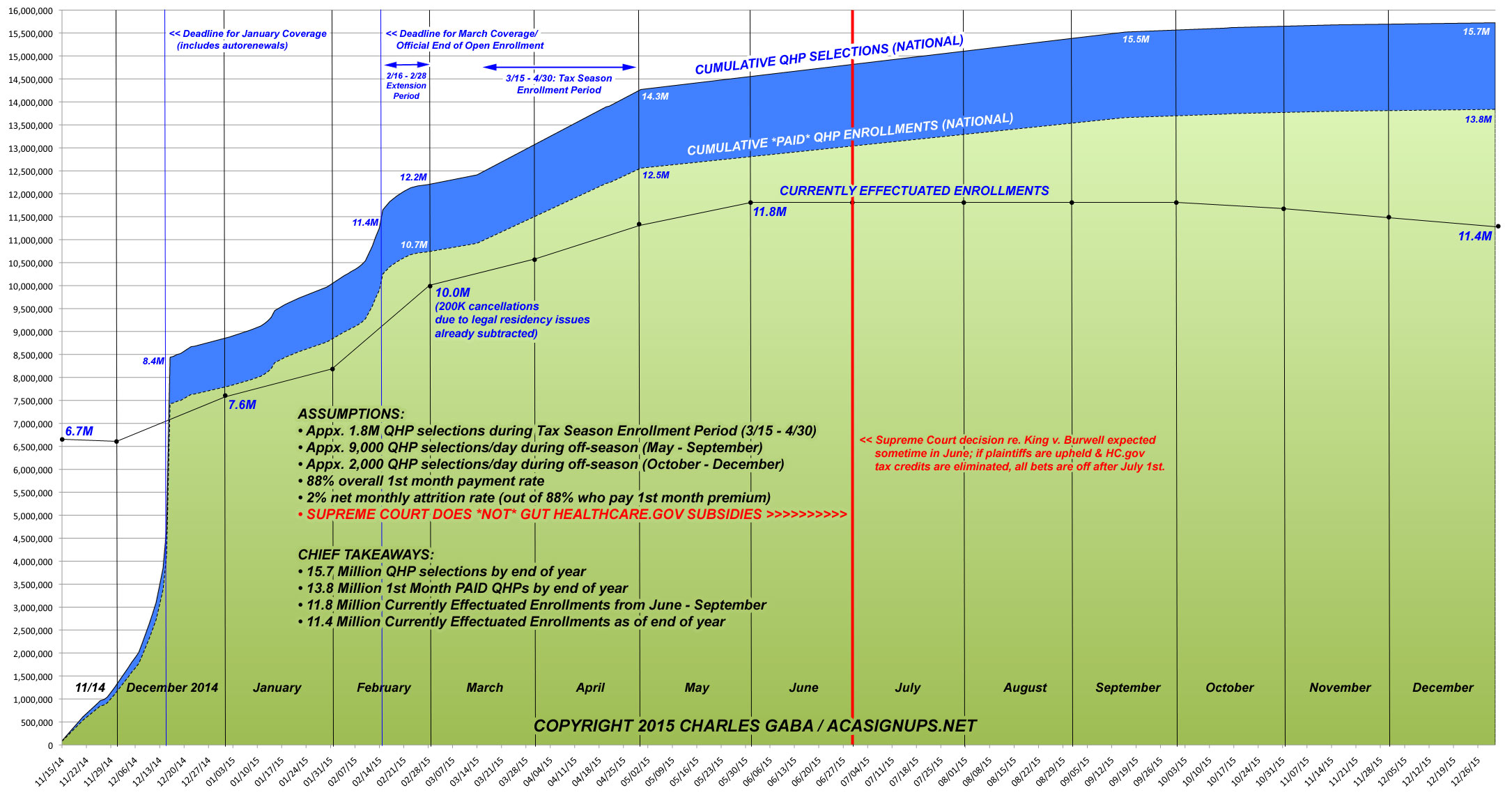