What do Spinal Tap and the ACA Exchanges have in common?

Yes, lame I know, but it's the best I could think of. Assuming my final week projections are playing out accurately, total exchange QHP selections should cross the 11 Million mark by midnight tonight.

There's only been one actual data update so far today, but it's a big one: California just got bumped up by 66K. Tomorrow should bring several final updates before the final weekend, from the 3 M's: Maryland, Massachusetts and Minnesota. A few other states may chime in as well, probably tossing a rounded number out there in the middle of a final deadline press release (the way that California and Washington just did).

At this point, I'd say the odds of hitting given marks are:

On the other hand, even if the demand is there, anything beyond 13 million would probably crash several of the servers/overload the phone lines, requiring an official "extension period" like they added last April, in which case all bets are off.

Here's what things should look like as of tonight: 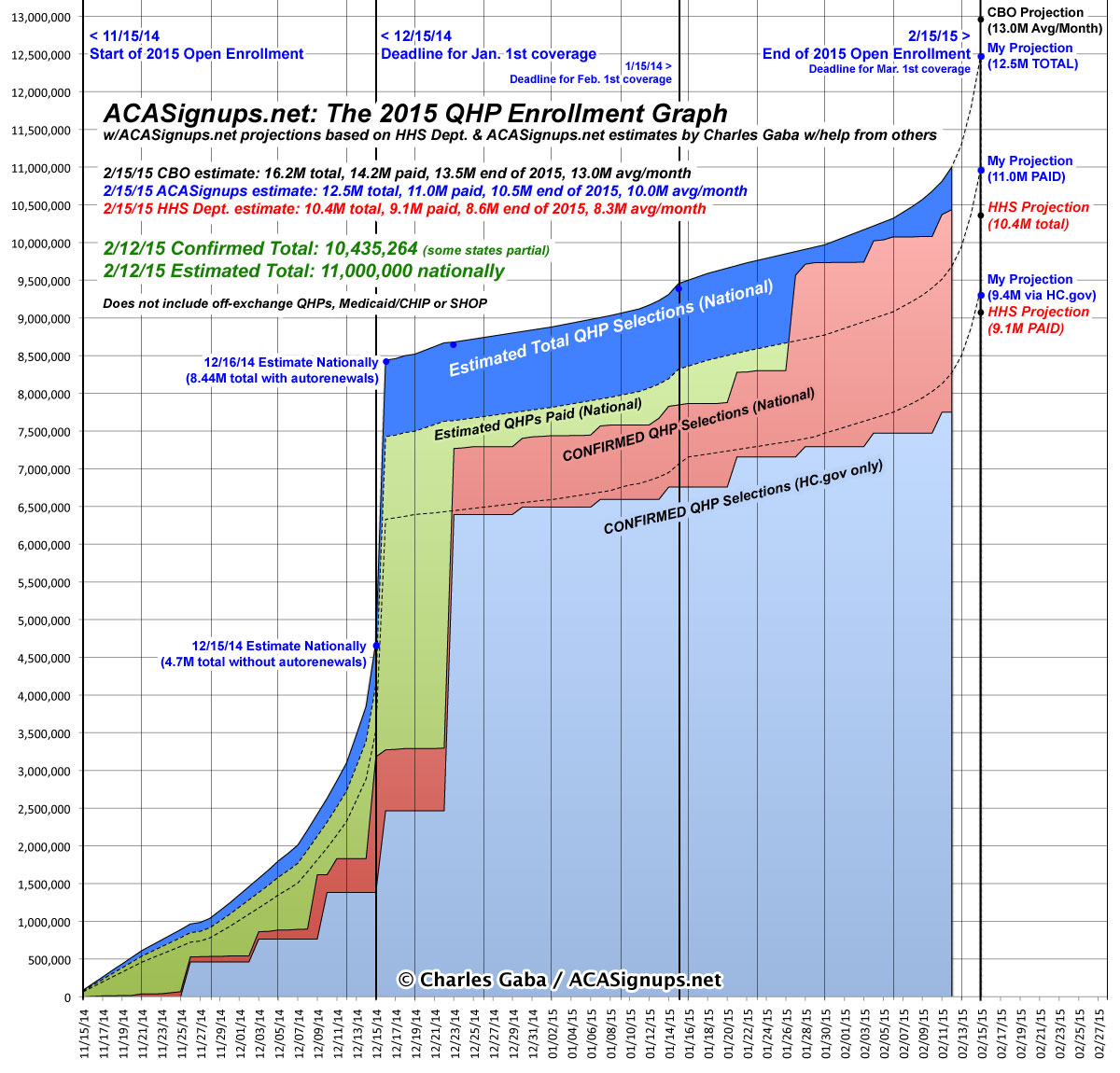