Technically speaking, there could be one more "weekly snapshot" after this Wednesday's, since those reports run through the previous Friday...except that would be kind of silly, since Sunday the 15th is the final day of the open enrollment period anyway. I find it difficult to believe that HHS would issue a report next Wednesday which leaves off the final 2 days of the period (which are also likely to be the busiest yet).

Anyway, on Wednesday the 11th, HHS should issue a report including all HC.gov QHP selections as of Friday the 6th. I'm expecting the total to be roughly 7.75 million, or about 276K for the week.

National QHP selections, including all 14 state-based exchanges, should have been roughly 10.32 million as of Friday, and should have started to ramp up significantly over this weekend. In fact, I'm anticipating hitting around 10.48 million by midnight Sunday...which should mean roughly 9.2 million paid enrollees.

I know much of the media has been claiming this for the past week or so, but most of them were mixing up paid enrollments (about 9.2M) with total plan selections (10.48M as of tonight).

Tomorrow (Monday) is when things should really start kicking into high gear, however. In fact, here's my daily projection for the final week of Open Enrollment (again, this is nationally, not just HC.gov):

Now, obviously things may not play out this way. Even if there's the demand for it, The various web servers and phone support lines may simply not be able to handle 700,000 enrollments in a single day. The previous record, to my knowledge, was March 31st of last spring, when something like 300,000 people enrolled in a single day nationally. Obviously both the server capacity and support lines have been beefed up since then, so I suppose it's possible, but that still seems iffy.

So, there's a few possibilities:

If #3 happens, then I'd expect HHS to cave after all and announce a short "overtime period" to allow anyone who started the process/application by 2/15 another week or so to complete the process and select a plan with March 1st coverage.

There's also a 4th possibility, of course...that I may have under-estimated demand, and that when the dust settles we've hit 13 million or more. I'd say perhaps a 20% chance of breaking 13M, and perhaps a 5% chance of hitting 13.5M...but 12.5M is still my official call. 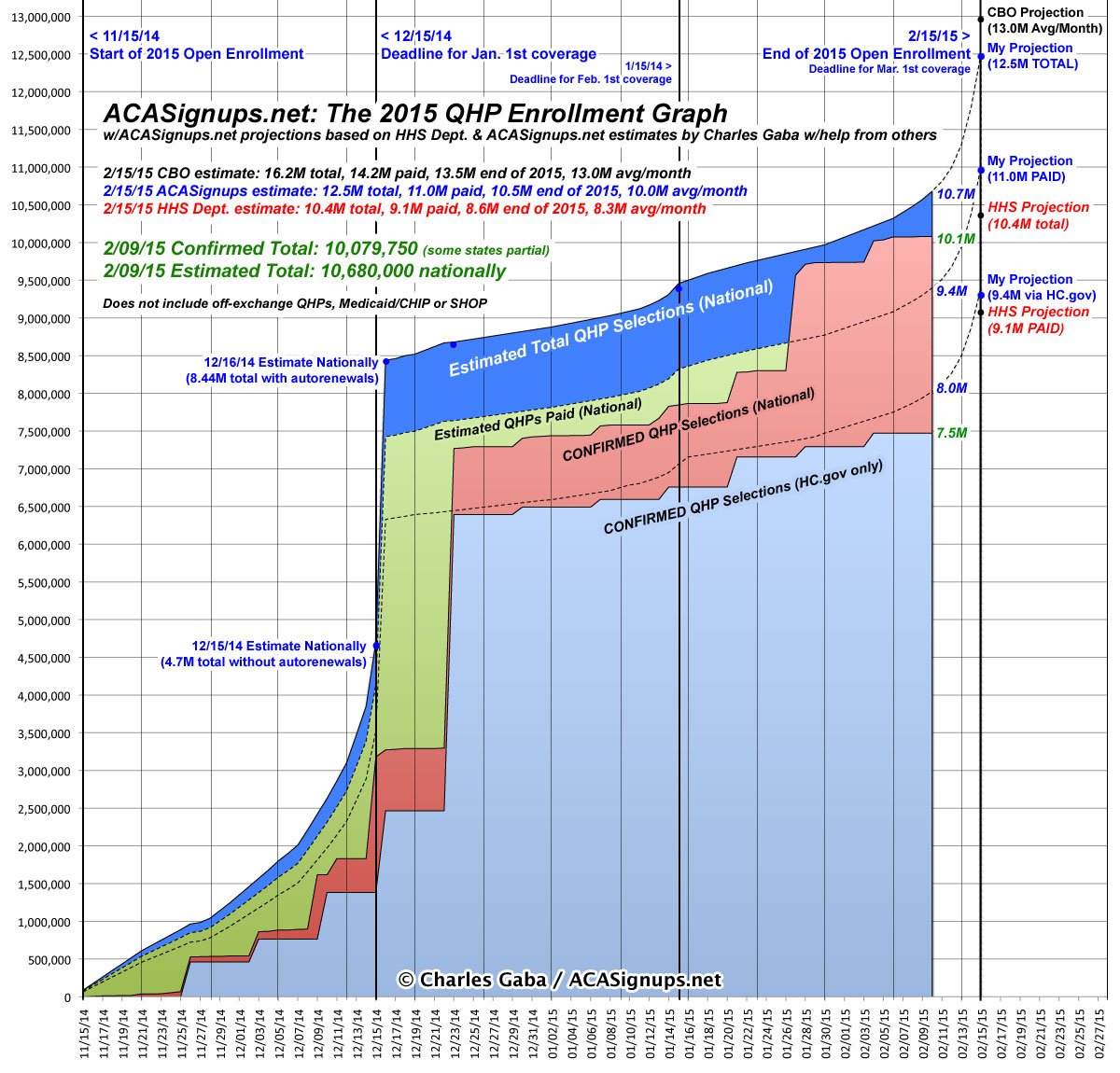