Given the official 9.5 million confirmation a few days ago, this isn't going to be as surprising as it might otherwise have been, but it's still an important milestone which should be noted. I was originally estimating that total QHP selections would cross the 10 million mark last night, but after some tweaks I've adjusted this a bit, and am now estimating that we'll cross the 10 Million ACA Exchange-Based QHP Selection total on Saturday, January 31st.

After that, we're into the February home stretch, which I'm expecting to play out roughly as follows:

Of that 12.5 million, I'm expecting roughly 9.4 million of it to be via the federal exchange (HC.gov), plus another 3.1 million via the state exchanges (although given the recent trends of the state-run exchanges underperforming while the states on the federal one are overperforming, the ratio may be more like 9.6M to 2.9M).

Of course, as always, I could be dead wrong. I'm sure there will be a last-minute surge, but it might not be nearly as dramatic as last spring (or December). A "moderate" surge wold bring things in at perhaps 11 - 11.5 million. At this point it's all about the endgame outreach/marketing strategies of the various exchanges, administration and related organizations such as Enroll America, etc.

According to the Kaiser Family Foundation, in addition to the 10 million people who've selected a plan so far, there's another 18 million eligible to enroll in private policies via the exchanges. I'm projecting that 2.5 million of those will enroll over the next 16 days. 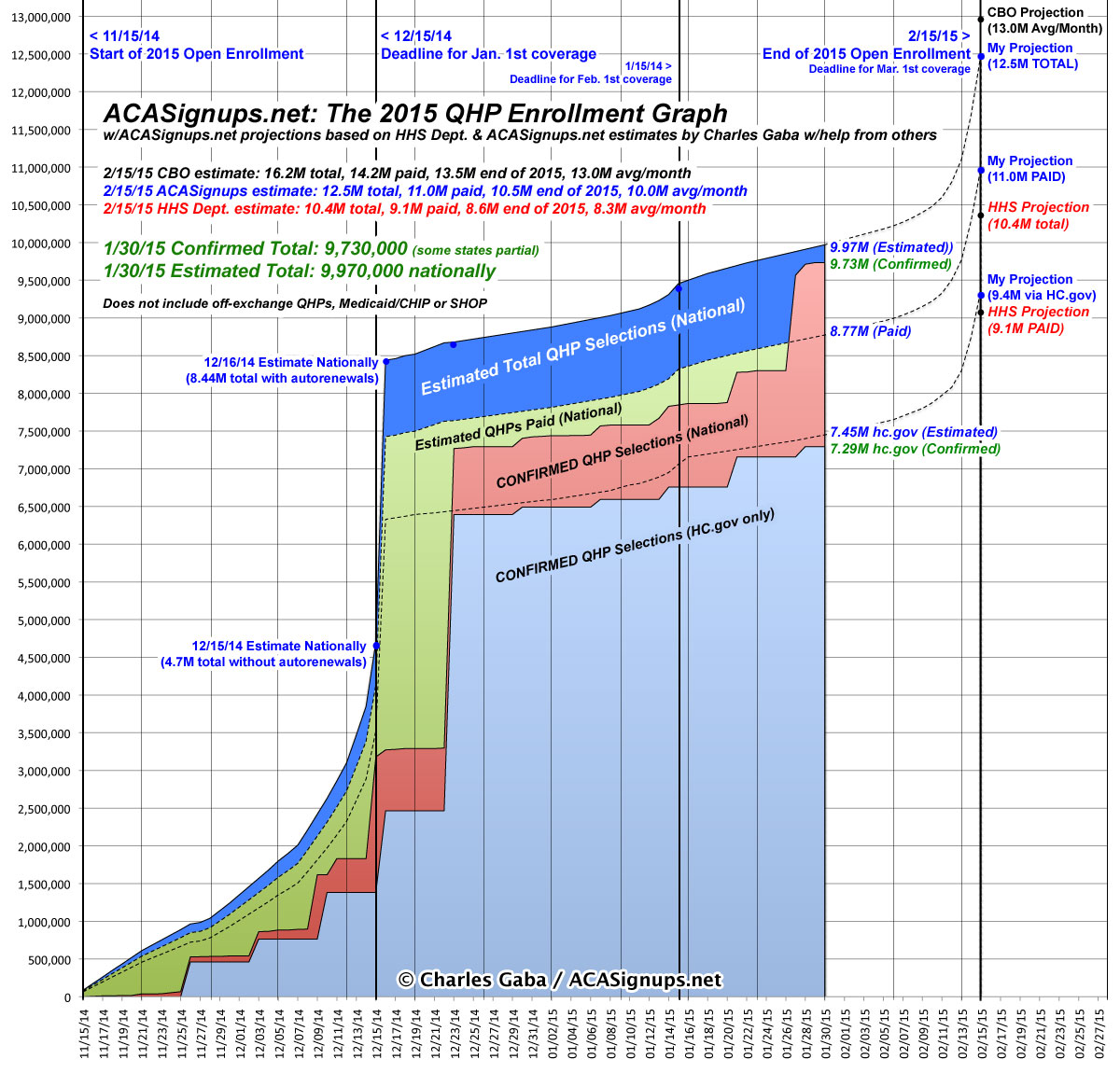