There hasn't been a lot of news about the upcoming King v. Burwell case lately, other than the fact that it's been scheduled to be heard by the Supreme Court on March 4th (with a final ruling likely to come out sometime in June).

However, Greg Sargent at the Washington Post notes this morning that the stakes for the case get higher with every additional person who enrolls in a healthcare policy via the Federal exchange at Healthcare.Gov:

One thing to watch as we approach the SCOTUS hearings on King v. Burwell this spring is how many people are newly qualifying for subsidies in those states as this year’s enrollment period continues.

The Department of Health and Human Services has released a new reporton enrollment data that suggests that number could be very large — which could (theoretically, at least) make it harder for SCOTUS to gut the law.

As I noted a few days ago, the first monthly HHS report leaves a lot of data out, which is understandable in some cases but still highly frustrating. The reality is that the actual, officially confirmed total number of QHP selections to date is well over 7.4 million, and is likely more like 8.8 million or higher as of today.

So, just how many people would be directly impacted if the SCOTUS does decide to yank away tax credits for those receiving them in 37 states?

Well, by the time March 4th comes around, the 2015 Open Enrollment Period will be over and done with. I'm still projecting roughly 12.5 million QHP selections by that point.

Of course, in addition to any/all of these numbers varying higher or lower, there's also two other factors to consider:

HOWEVER, that still leaves millions--perhaps 5-6 million people this year alone, I'd imagine--for whom losing those credits would be truly devastating.

Their kids qualify for the CHIP program. For the 2 adults, they decide to go for a Silver Humana HMO with an $1,800 deductible.

WIth the the $292/month in federal tax credits that they currently qualify for, their premium is $135/month. 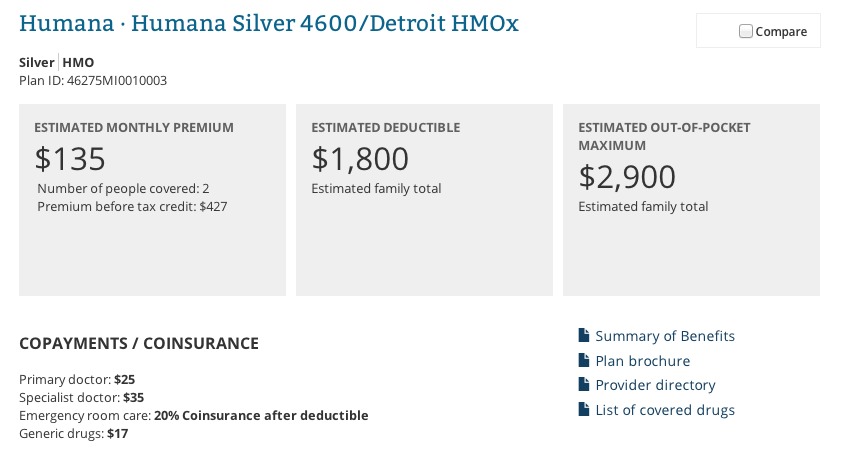 Rip that away from them and their premium suddenly triples to a whopping $427/month.

In addition to the federal tax credits (aka the "Advance Premium Tax Credit" or "APTC"), there's also the lesser-known Cost Sharing Reduction provision. This only applies to those enrolled in Silver policies. If your income is low enough, you can get serious discounts on the out of pocket costs as well as the premium itself. This means things like co-pays, deductibles and co-insurance.

According to U of M Law Professor Nicholas Bagley, Kaiser Family Foundation VP Larry Levitt and healthcare expert Ken Kelly, that would be ripped away from this family as well: 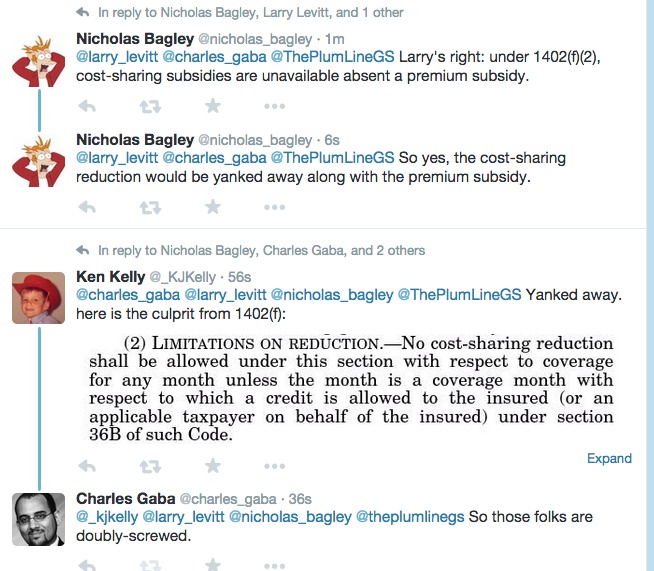 Let's see how that changes things for the Michigan family situation above: 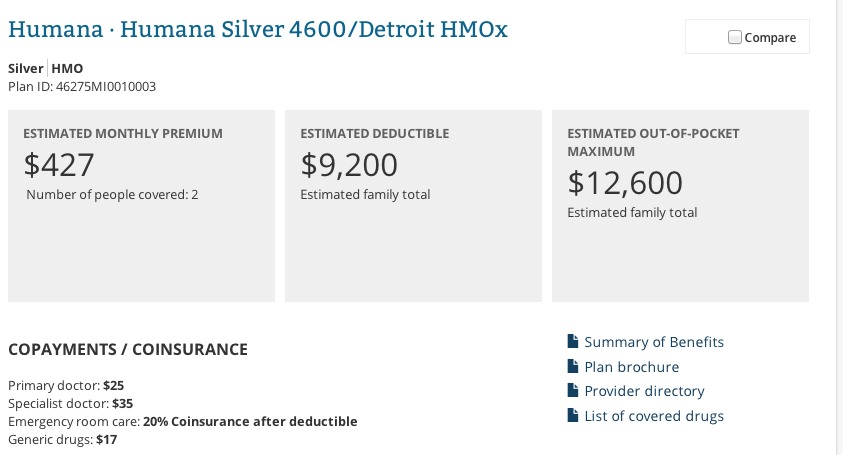 Now, I may be off on this last point; the only way I could "simulate" the same family income without the APTC was to jack their income up on the calculator to $100K, so the HC.gov calculator results may be messed up accordingly. However, if I'm correct about this, the maximum costs to the theoretical Michigan family above just changed as follows:

Yup. That's nearly 4x the cost per year, and up to 44% of their total taxable income.

The "Silver lining" (sarcastic pun intended) is that this would in turn mean that the family wouldn't have to pay the 2% tax penalty next year if they drop coverage completely, so at least there's that.

Then again, as Ken Kelly notes:

@nicholas_bagley @charles_gaba @larry_levitt @ThePlumLineGS The latter will lose coverage in 2016, when insurers withdraw from State markets

Yup. 5-6 million customers across 37 states will suddenly be unable to afford their shiny new policies, and at the same time will no longer be legally required to have them. Many of them will thus drop their coverage, meaning quite a few insurance companies would lose upwards of 70-80% of their customer base.

Kelly's point here is that while some of the larger companies (Blue Cross, Aetna, etc) which also have huge stakes in other types of coverage (large group, small group, etc) may stick it out in those states, the smaller ones may be forced to pull out of those states entirely. In fact, even the big guys might partially pull out, keeping their other coverage but eliminating individual/family policies entirely.

The ripple effect of this could, theoretically, potentially even undermine the entire private insurance industry in the U.S., as I understand it.