A week or so ago I overlaid the 2015 Graph on top of the 2014 Graph, adjusting the time scale of last year's open enrollment period to account for the fact that this year it's less than half as long (93 days vs. 197 days). The results were pretty striking, but there were still a lot of unknowns regarding the autorenewal factor, among other things.

And with that, here's my Christmas present to you: As of right now, the ACA exchanges as a whole have enrolled or re-enrolled 4.7x as many people as they had at the same point last year. Obviously this won't hold--I'm still expecting around 12.5 million by Feb. 15th, which would be about a 56% increase over last year--but symbolically, it's still a BFD, as Joe Biden would say.

Oh, one more thing: Some will rightly point out that the main reason for this is all of the renewals of existing enrollees (either actively or automatically). Setting aside the fact that those are still people enrolled/paying for ACA exchange policies regardless of their status, what happens if we remove them?

Well, as I noted earlier this week, I've confirmed over 5 million renewals total, and am confident of another 1.3 million more (mostly from CA & NY). Even if you subtract those from the total, you're still left with 2.35 million new enrollees for 2015...or 30% more than at this point last year. 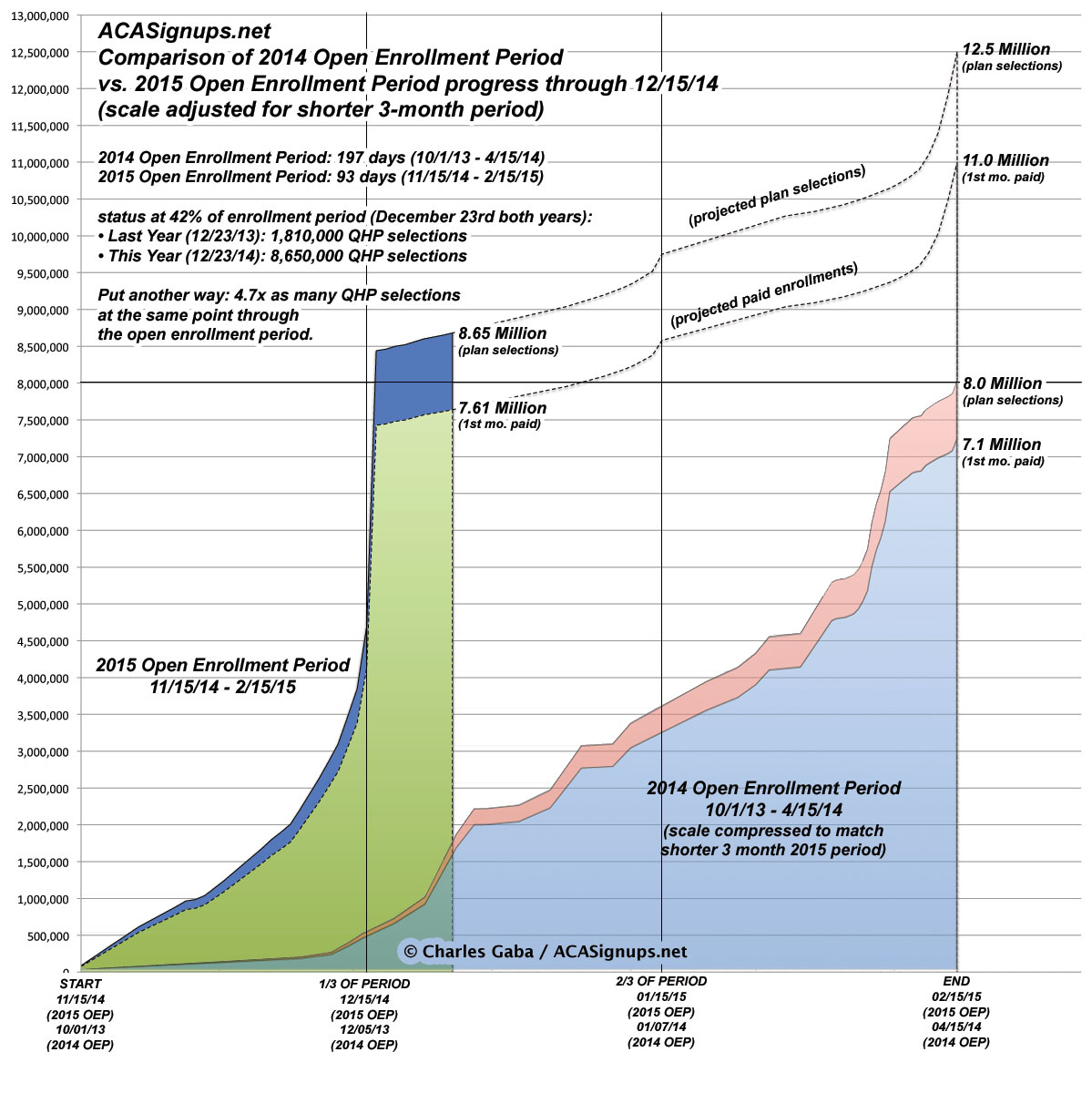