OK, "30% attrition" is, once again, misworded. The Colorado exchange has not seen 30% of enrollees drop their coverage, since 10% don't pay in the first place and are therefore never fully enrolled, remember? Out of the original 125,402 offiically listed on the March/April HHS report, only around 112,800 paid for their first month's premium. This may seem like semantics, but it's important to recognize that some are trying to attack the enrollment numbers on both the "But how many have PAID??" front as well as the "But how many have dropped out???" front. You can claim "10% never paid and another 20% dropped out" or you can claim "30% dropped out", but you can't truthfully claim "10% never paid and 30% dropped out".

So, this article includes a handy chart which is very similar, at the state level, to my national attrition estimate chart: 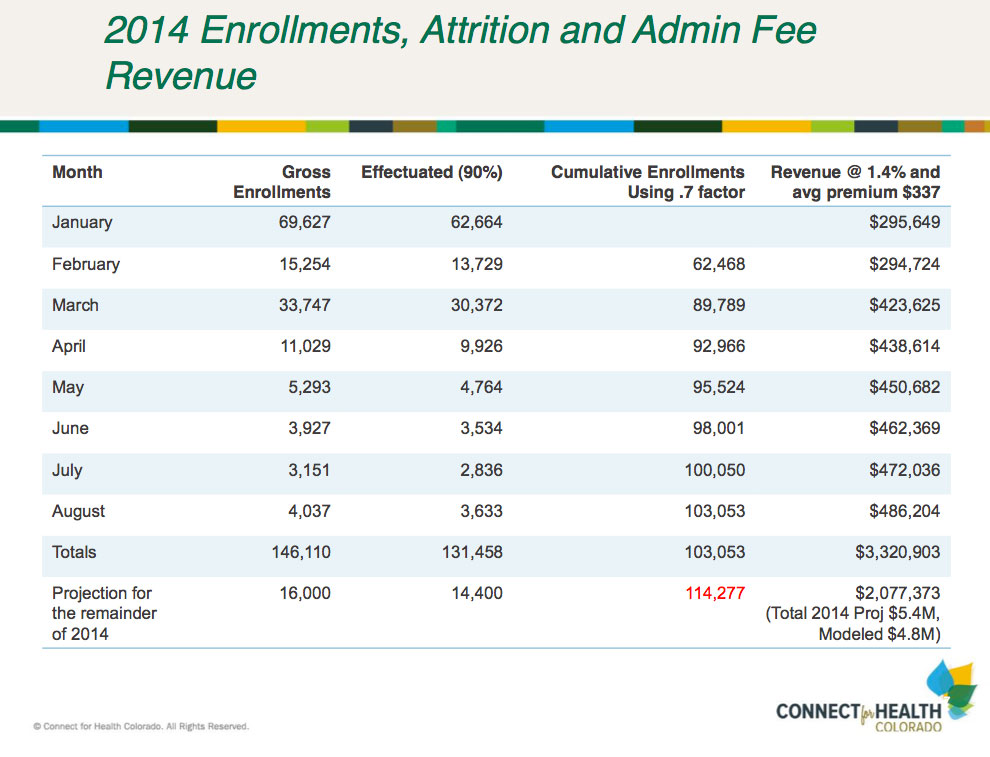 It's actually a bit worse than that, though, since the 146,110 figure includes about 2,500 SHOP enrollments, which aren't included in almost any other "QHP tally" that I (or anyone else) has done. Subtract those out and you get around 101,200, or about 89.7% of the April tally (around 2.3% attrition per month)

However, they also include their gross, paid and current (as of that time) projections through the end of 2014 (which presumably runs through 11/15, since anyone who enrolls after that doesn't start their coverage until January 2015 anyway, part of the 2nd open enrollment period).

That means that as of mid-November, they anticipate 114,277 enrollees to be currently enrolled as of that date. Again, subtracting out the SHOP enrollees, that should give roughly 112,300...or 99.5% of what Colorado started out with in April.

See, here's the problem with "attrition rates": What are you comparing the current number against???

So, an accurate attack on the Colorado numbers would be either:

...either of which is pretty weak tea to me.

Of course, the fact that the reasons why these people drop off the exchange policies can vary widely, including moving onto Medicare or Medicaid, or...

As the economy improves, it’s possible some people who needed individual insurance bought through the exchange, then dropped their coverage because they found work with an employer who provided insurance.

Note to conservatives: This is a good thing. 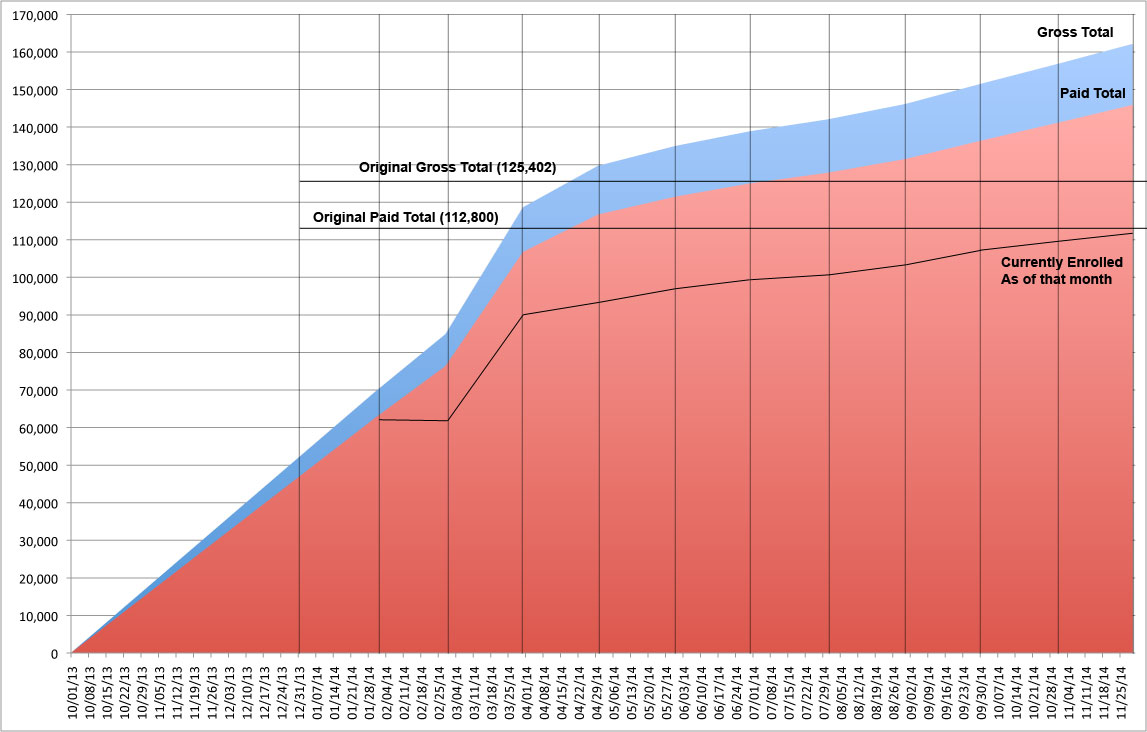