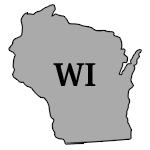 Hmmm...in the case of Wisconsin, it does sound like even when applying the "policies already started" criteria for January and February, the paid percentage kind of blows. It's annoying that they didn't include March, April or May data for comparison (although the wording of the memo makes it obvious that they're only addressing the Jan/Feb starts...for the same reason I laid out above: If their policy hasn't started yet, those aren't worth making a fuss over).

So, fair enough: I've added Wisconsin's data to the chart at the top (which keeps it at 81% overall), and true to my word, I'm separating out Wisconsin's documented unpaid enrollees from the total on the spreadsheet. which reduces their total by 9,280.

If this proves to be the case with other states with regard to their January or February enrollments, then the "unpaid" argument might start holding water after all, but so far we only have the breakouts by month from 2 states (Vermont and Wisconsin), which average out to 83% for January and February.

At the same time, however, this Wisconsin memo also contains some data on another topic I talk about a lot: Off-Exchange QHP enrollments!

This only includes Off-Exchange numbers through January 15, but it's still better than nothing: