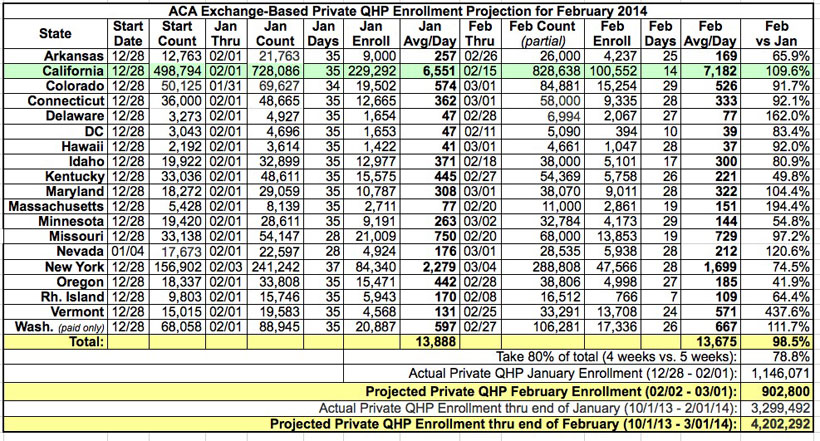 Of course, if their daily average has gone up since the first half of February, they might have hit 1 million already, and if it's dropped off, it could take a few days longer, but I wouldn't be at all surprised if CoveredCA makes a big, splashy press release announcement on Tuesday morning.

As it happens it's also very likely that the official February HHS Enrollment Report will be released on either Monday or Tuesday as well, so this is also a good opportunity to reiterate my prediction: