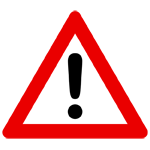 Until recently, the "Off-Exchange" (or "Direct") Enrollment category has been something of a Great White Whale for me (yes, I know I just switched metaphors; roll with it): I knew that they were several million of them out there, but wasn't able to properly document hard data about any of them.

My first success on this front was at the end of January, when CoOportunity Health of Iowa and Nebraska helpfully provided official documentation of about 28,000 off-exchange enrollments in the two states. At around the same time, I also was led to an interview with the CEO of WellPoint Insurance (which operates as Blue Cross Blue Shield and several other names in various states), where he confirmed another roughly 95,000 off-exchange enrollments across about a dozen states.

Things stood there for several more weeks, until about 10 days ago, when I stumbled across a nice bombshell out of Washington State: The insurance commissioner revealed that there have been 184,000 off-exchange enrollments state-wide between October and the end of January. Since neither CoOportunity nor WellPoint operate in Washington State, I was able to add all of these folks. On the same day, I had another 148,000 off-exchange enrollments, nationwide, drop in my lap when I read an article about eHealth Insurance, a private web-based insurance exchange which has reported great success last fall, between October and December (they actually reported about 153,000, but I lopped off 3% to avoid double-counting Washington State).

So, that has brought the total to around 456,000, which is a nice start...but this only includes perhaps a couple dozen companies out of the couple hundred operating across the 50 states (+DC). The reason this data is so difficult to get ahold of is that, since these enrollments aren't done through one of the government-run exchanges, there's no legal requirement for the insurance companies to report them (or, in states like Washington where they're apparently required to report the figures to the Insurance Commissioner, there's no guarantee that the state Commissioner will release this data publicly).

So, in most cases, there's only two ways these enrollments will go public: Either someone from the company voluntarily released it in an interview or press release, or someone calls them up (or emails them) to ask if they'd mind giving it out. Needless to say, the latter method requires a heck of a lot of time and effort, with no guarantee of any results.

That's where you guys come in.

I've been so busy dealing with all of the other kinds of enrollments (Exchange QHPs, Medicaid/CHIP, sorting out Paid vs. Unpaid, etc.) on top of, you know, living my life (contrary to popular opinion, I actually do have a wife, kid and day job that I occasionally tend to), that I really haven't had the time to properly pursue this avenue. Plus, I'm not a professional journalist, nor do I have any real credentials other than this site, so I'm not even sure how to approach the companies. Part of me has been considering not really worrying about it; if the info comes into my hands, great, but I'm not gonna bother pursuing it.

Until today, when the following stories were brought to my attention:

A memo issued by the Obama administration on Thursday opened up alternative avenues for Oregonians to make up for lost coverage time and federal tax credits caused by the technical problems at the Cover Oregon health insurance exchange.

The updates from the Centers for Medicare & Medicaid Services come after Gov. John Kitzhaber’s office has worked with the federal government to work out a solution for Oregonians negatively impacted by Cover Oregon’s disastrous rollout....

But with technical delays forcing Cover Oregon to use the much slower manual process to process applications, many Oregonians were delayed in obtaining health insurance, if not lost in the mix.

The CMS memo not only applies to Oregonians in what it calls “exceptional circumstances,” it also allows the same flexibilities to the rest of the country.

And what is this solution, you're asking?

Yes, that's correct: If this goes through as planned, potentially millions of people who enroll directly through the insurance companies (instead of via the ACA exchanges) will still qualify for tax credits.

This means that tracking down those direct, off-exchange enrollments just became even more vitally important to seeing a full picture of the total number of people covered by private insurance policies.

To that end, I'm looking for people to help out with the following:

The former (insurance commission office) would be more ideal, since I'm really more interested in a state-by-state breakdown than trying to piece together a bunch of companies, but I'll take either. Also, insurance commission offices are presumably going to be more forthcoming with this data than private insurance companies, who tend to only release it if they're required to or if doing so would serve their business interests.

If you're interested in helping out with this project, fill out the submission form (which now includes new fields for Direct enrollments and PDF file uploads) with whatever you have and I'll take a look If everything checks out, I'll post the numbers and give you credit (if you want it), just like I'm already doing with the exchange-based data.

It's important, however, to make sure that:

OK, I think that's about it. Hopefully this will get some results, but we'll have to see.

Thanks again for all your help,