Unintended Consequences: Some enrollees are profiting off of ACA plans whether they intended to or not 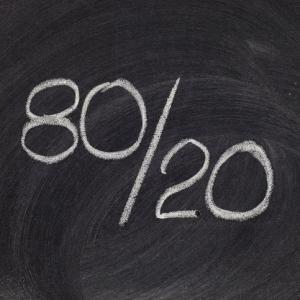 OK, OK, I know I said I was sick of writing about MLR rebates, but there's one more important point I need to mention...and while I'm at it, I also said "to hell with it" and recompiled the rebate tables for all 50 states into a single massive table listing every carrier offering rebates in every state.

While I applaud the ACA's Medical Loss Ratio Rebate provision overall, there's one important flaw in how it works. I've made allusions to this before, and last week David Anderson wrote a blog post specifically about it, but it bears repeating here: Due to an oversight in the wording of the section of the ACA devoted to laying out MLR rebates, some subsidized individual market enrollees are actually PROFITING off the program.

Let's suppose you earn $60,000/year (too much to qualify for ACA subsidies) and enroll in the Silver benchmark policy which has full-price premiums of $600/month ($7,200/year). Your carrier came in with a 3-year rolling average MLR of 79%, so they have to pay 1% of the premiums back, which means you'd receive a check for $72. Fair enough. You're paying 12% of your income for your healthcare policy...getting a small fraction of that back isn't huge, but hey, $72 is $72.

Now let's say you enroll in the same policy, but you only earn $30,000 (240% FPL). You'd only have to pay around 8% of your income for the benchmark plan, or $200/month ($2,400/year), with the other $4,800 covered by federal APTC assistance. However, the MLR rebate check you receive would still be based on the total premium, not the unsubsidized portion. The insurance carrier doesn't care one way or the other--they have to pay back that 1% excessive charge either way.

HOWEVER, as I've pointed out pretty clearly over the past few weeks, things have changed dramatically with the 2018 rebates. Of the 67 carriers which owe Individual Market MLR rebates this year, over 25 of them owe an average rebate of at least $200 per enrollee. Twelve owe at least $500 per enrollee on average...and four of them owe over $1,000 to 109,000 enrollees apiece. In fact, one carrier in particular, "HMO of Northeastern Pennsylvania, Inc." (operating as "First Priority Health HMO") owes an average of over $2,700 per enrollee to over 12,000 people:

In the above scenario, the enrollee earning $30,000/year would actually end up getting $350 more as a rebate than the $2,400 they paid out in premiums.

But wait, there's more! Remember, that $2,751 is just the average rebate amount. The ACA allows for a 3:1 age ratio when it comes to premiums, which means a 64-year old enrollee will likely be paying about 3x as much as a 21-year old. It's conceivable that some First Priority HMO enrollees could get rebate checks as high as $5,000 apiece this year.

Let's suppose you earn around $18,000...just 144% FPL). Under the ACA subsidy structure, you'd only have to pay perhaps 3.5% of your income in subsidies, or $630/year...but you could end up getting several thousand dollars back from your insurance carrier.

The solution to this is obvious, as Dave Anderson noted last week:

I think there is a good policy argument that the US Treasury should be at least a beneficiary of MLR rebates that are earned to individuals who receive APTC subsidies. The Treasury paid too much in APTC on the original round of insurance choice. Rejiggering the rebate formula so that MLR rebates are distributed in proportion to total paid premium by source could generate several hundred million dollars in pay-fors for the US Treasury. A half billion dollar pay-for is a decent size downpayment for national reinsurance for catastrophic, multi-million dollar claims that are likely to become more common in the future.

In other words, if the APTC covers 90% of the premiums, 90% of the rebate check should be paid to the Treasury Dept. to reimburse them. The money could then be used instead to reduce premiums for unsubsidized enrollees via a reinsurance program or towards expanding direct subsidies beyond the 400% FPL cut-off. As Anderson notes, it's not a huge amount relatively speaking, but it's not chump change for such a program either.

All told, I'd imagine around 60% of the $769 million in MLR rebates would likely be reimbursed back to the federal government if it was paid out proportionately...call it $460 million this year. Not a lot, but something. For comparison, H.R. 1425 would provide $10 billion/year for reinsurance programs.

I'm assuming the reason this same policy wasn't included for the individual market was simply because it never occurred to Congress in 2009-2010 that the carriers would ever end up miscalculating their pricing structure so badly as to end up with such high rebates.

Much of this, I should note, is one of the more unusual side effects of #SilverLoading and #SilverSwitching, which in turn was a direct response to Donald Trump cutting off CSR reimbursement payments, which in turn was due to a lawsuit filed by the House Republicans over CSR payments back in 2014.

Call this the law of unintended consequences.

As for the state-by-state rebate table, see below...I've broken it into four image files. Click each one to load a higher-resolution version. Out of over 2,700 carriers nationally (carriers in multiple states count for each state, since that's how the MLR percentages are calculated), only 207 are actually subject to MLR rebates across any of the three markets this year, and of those, only 67 owe rebates on the individual market. 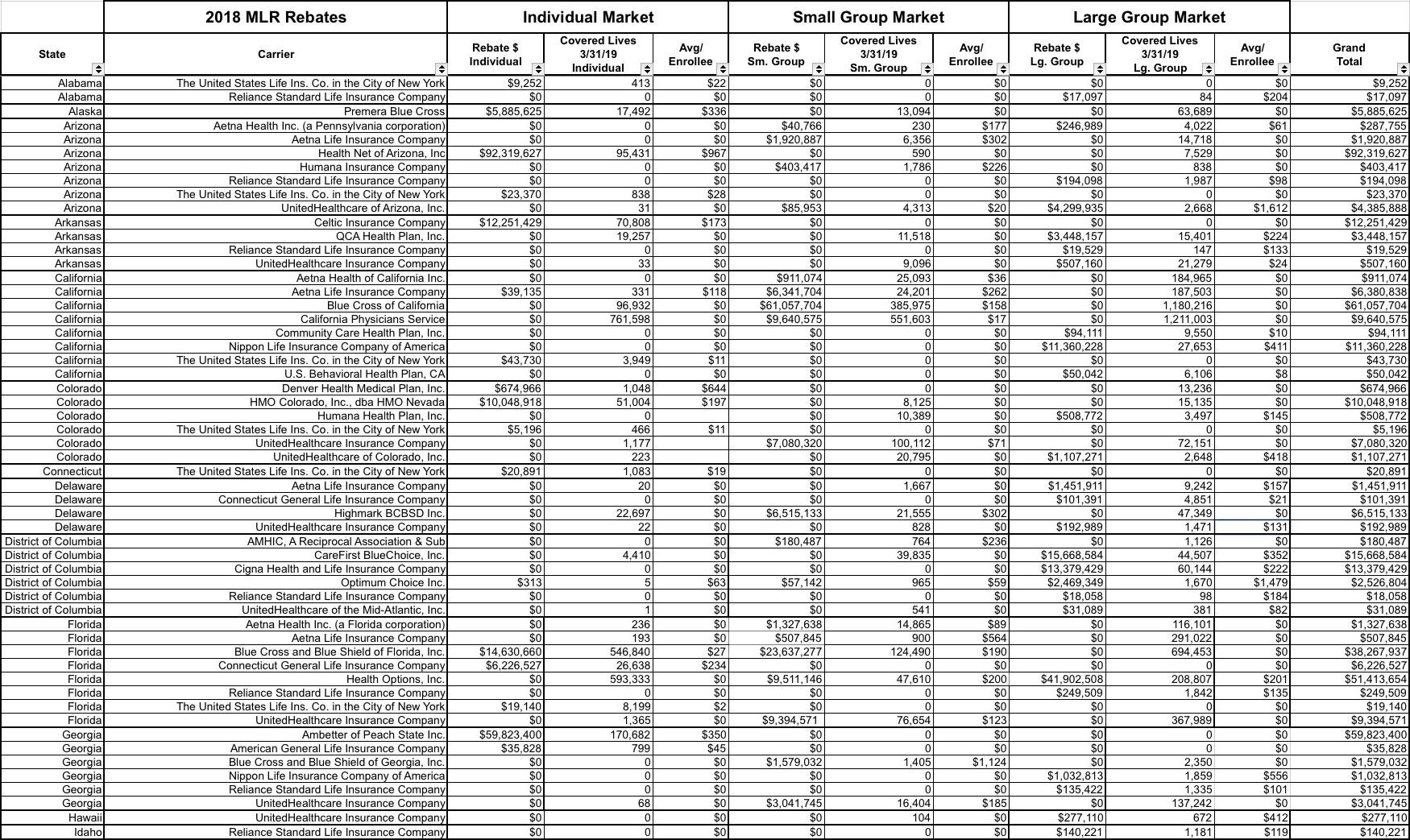 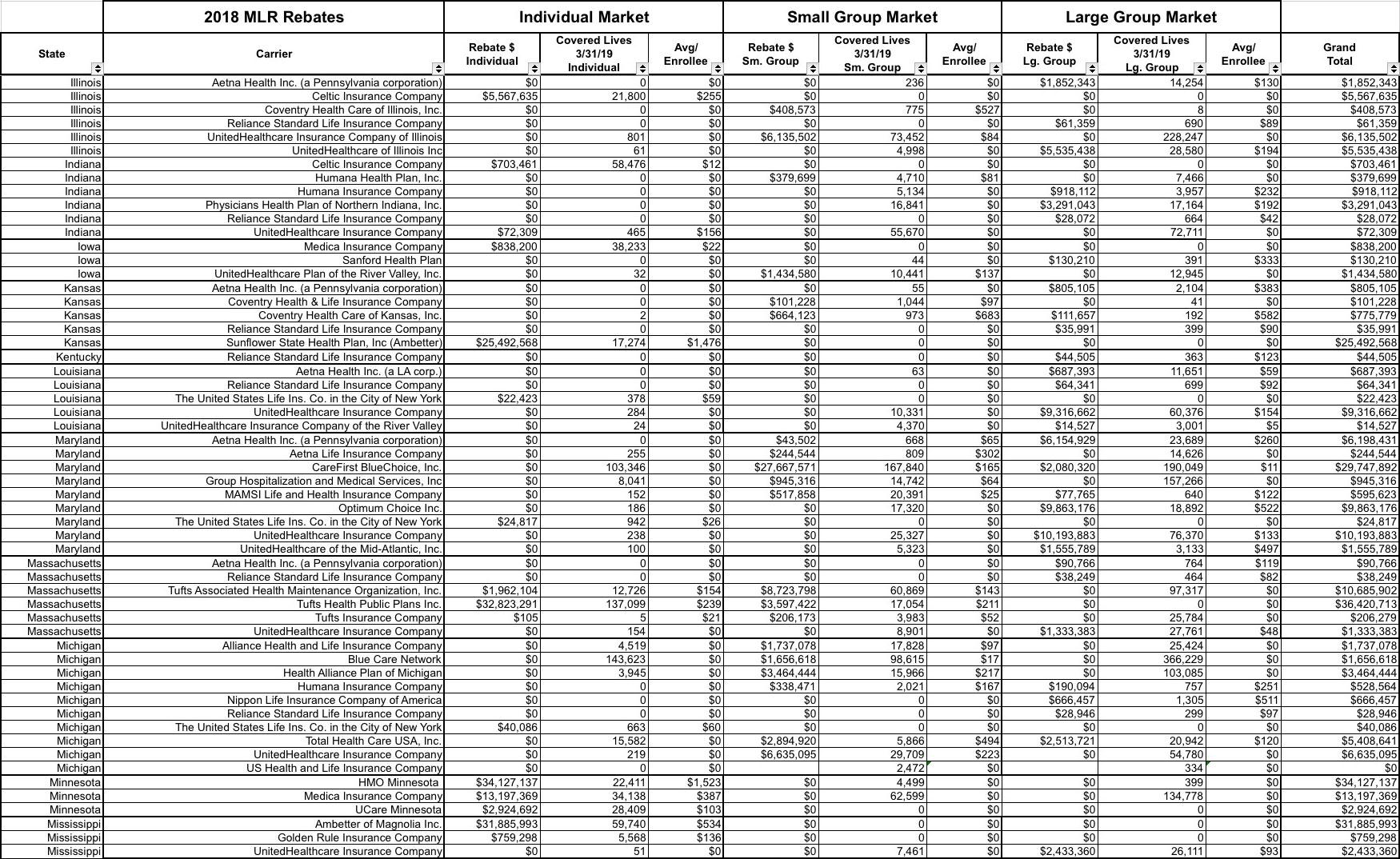 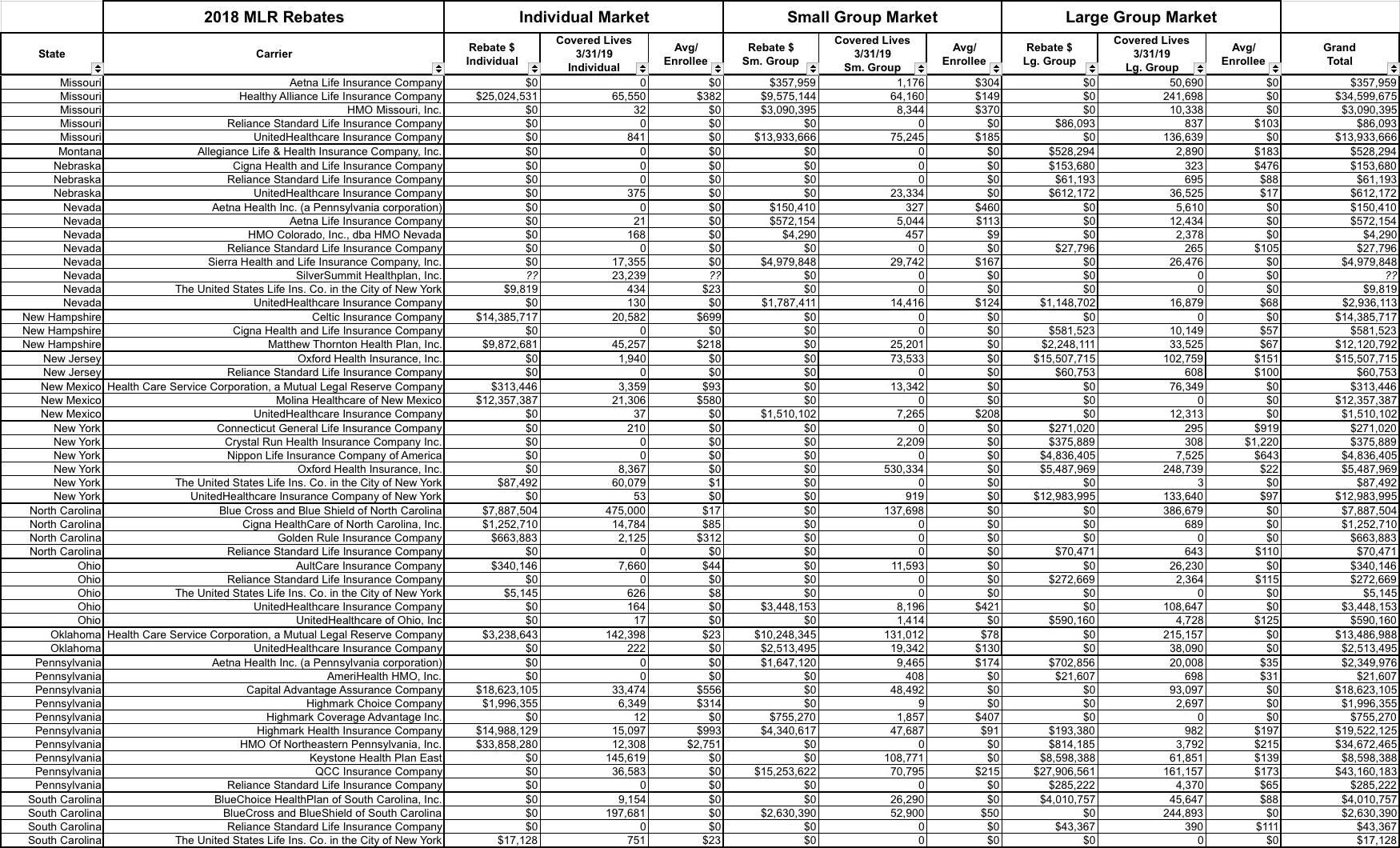