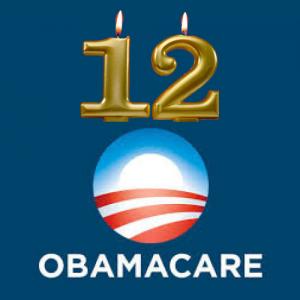 As noted yesterday, it's the12th Anniversary of President Obama signing the ACA into law. To mark the occasion, the Centers for Medicare & Medicaid Services (CMS) has released the final, official 2022 Open Enrollment Period (OEP) report, which I've broken into several entries.

This entry covers two types of ACA policies which don't get nearly enough attention. The first is the ACA's Basic Health Plan (BHP) program, which is currently only operating in two states: Minnesota and New York.

Louise Norris has an excellent explainer about the BHP program:

The out-of-pocket differences between Medicaid and QHPs are significant, even for people with incomes just above the Medicaid eligibility threshold who qualify for cost-sharing subsidies.

The Basic Health Program (BHP) – section 1331 of the ACA — was envisioned as a solution, although most states did not establish a BHP. Under the ACA (aka Obamacare), states have the option to create a Basic Health Program for people with incomes a little above the upper limit for Medicaid eligibility, and for legal immigrants who aren’t eligible for Medicaid because of the five-year waiting period.

...With a BHP, the federal government pays the state 95 percent of what they would have paid in cost-sharing subsidies and premium subsidies if the BHP enrollees had instead enrolled in the second-lowest-cost Silver health insurance plan in the exchange. The state contributes additional funding as needed, and directs all the money to the managed care organizations that provide benefits under the BHP.

Coverage under the BHP is available to people who aren’t eligible for Medicaid, don’t have access to an affordable employer-sponsored plan, and whose household income doesn’t exceed 200 percent of the poverty level. And it’s also available to legal immigrants with income up to 138 percent of the poverty level who aren’t eligible for Medicaid because of the five-year waiting period.

While the BHP program gets treated as an afterthought by most healthcare outlets (hell, even CMS tends to ignore it in press releases), it's become an important part of the annual ACA Open Enrollment Period, with over a million people signing up in the two states where it's in place. For this reason, I always tout 2022 Open Enrollment as having signed up 15.5 million people instead of the "official" 14.5 million.

Another type of ACA exchange enrollment which doesn't get mentioned much (including by myself, which is wrong of me; I should delve more deeply into this) are standalone dental plans.

The way dental plan enrollment is handled under the ACA is a bit confusing, to be honest. I'll once again leave it up to Louise Norris to explain:

Pediatric dental is one of the ACA’s essential health benefits. But there’s no requirement that dental care for adults be covered.

And dental coverage for adults is almost never included in marketplace plans. Adults can choose to purchase stand-alone coverage, but since this is not an essential health benefit, the plans virtually always include fairly low annual benefit caps (for pediatric dental coverage, insurers cannot impose a dollar limit on the benefits, since pediatric dental is considered an essential health benefit and those cannot have annual or lifetime caps on how much the insurer will pay for treatment).

Because the Affordable Care Act didn’t address dental coverage for adults — and neither have any successful pieces of legislation in the ensuing years — the issue is an ongoing problem. Millions of Americans lack dental insurance, and end up delaying essential dental treatment because they can’t afford to pay for it.

This is why there's very few ACA exchange plans which include dental coverage for adults embedded within them. Instead, they're sold separately (without any financial assistance involved). Even then, the federal exchange (HealthCare.Gov) only allows you to buy a standalone dental plan along with a major medical healthcare plan. This is also the case in some state-based marketplaces (SBMs). I'm not sure why they do it this way...it doesn't appear to be a legislative requirement, since other SBMs appear to offer standalone dental plans whether you enroll in a medical plan first or not. There's no fiscal reason not to let people enroll in standalone dental plans by themselves either, since there's no financial assistance included with them.

In any event, during the 2022 Open Enrollment Period, nearly 2.3 million Americans enrolled in standalone dental plans nationally, broken out as follows: 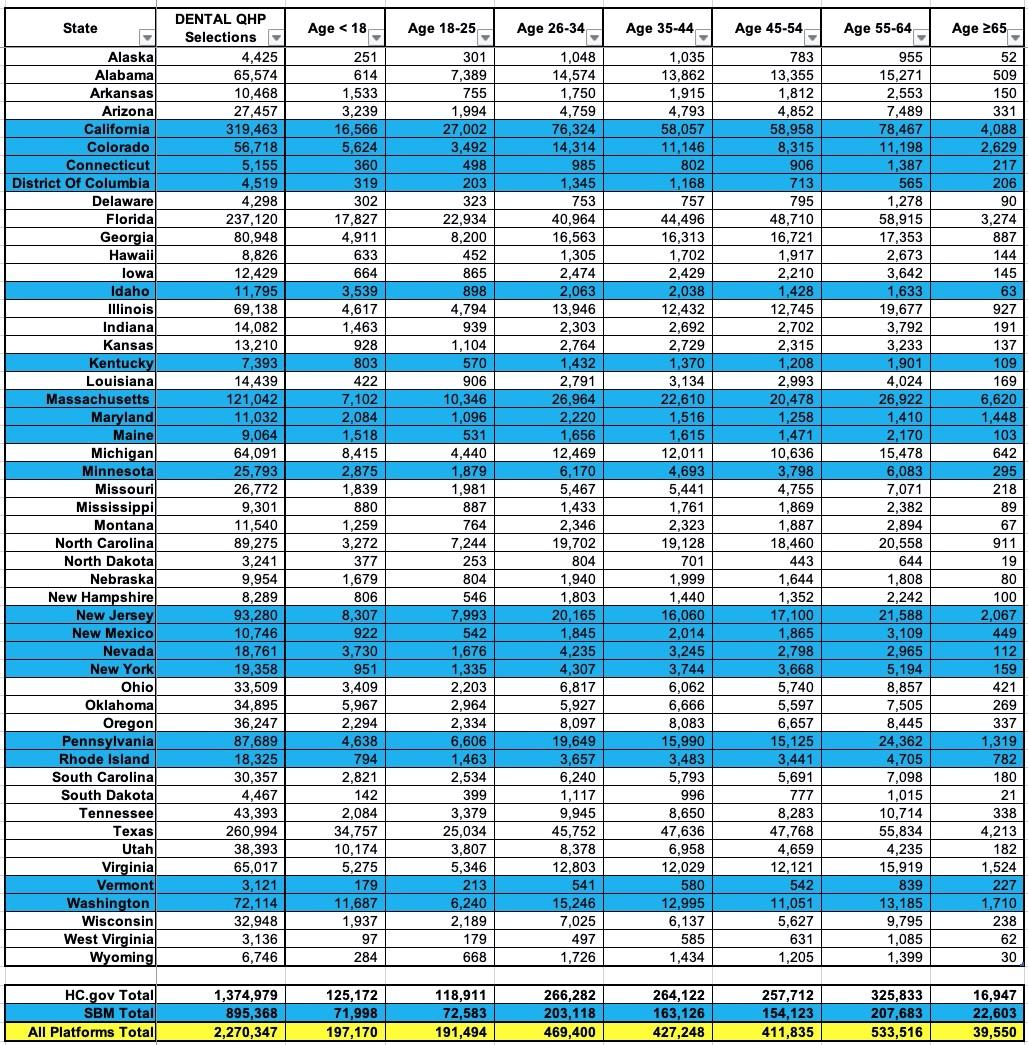