Every year, I spend months tracking every insurance carrier rate filing for the following year to determine just how much average insurance policy premiums on the individual market are projected to increase or decrease.

How many effectuated enrollees they have enrolled in ACA-compliant individual market policies;

What their average projected premium rate change is for those enrollees (assuming 100% of them renew their existing policies, of course); and

Ideally, a breakout of the reasons behind those rate changes, since there's usually more than one.

Usually I begin this process in late April or early May, but this year I've been swamped with other spring/summer projects: My state-by-state Medicaid Enrollment project and my state/county-level COVID-19 vaccination rate project.

In Oregon, the state insurance dept. has made it pretty easy for me, by posting their own simple table specifying the requested average rate changes for every carrier on the individual and small group markets. Combing through the SERFF rate filing database for each carrier also reveals their current enrollment totals (well, current as of this past spring, anyway). The weighted average increase I get for both Oregon's individual and small group markets are slightly different from what the state regulators say they are, but that could be due to slight enrollment data discrepancies between the date the filings were submitted and whenever the regulators reviewed them. 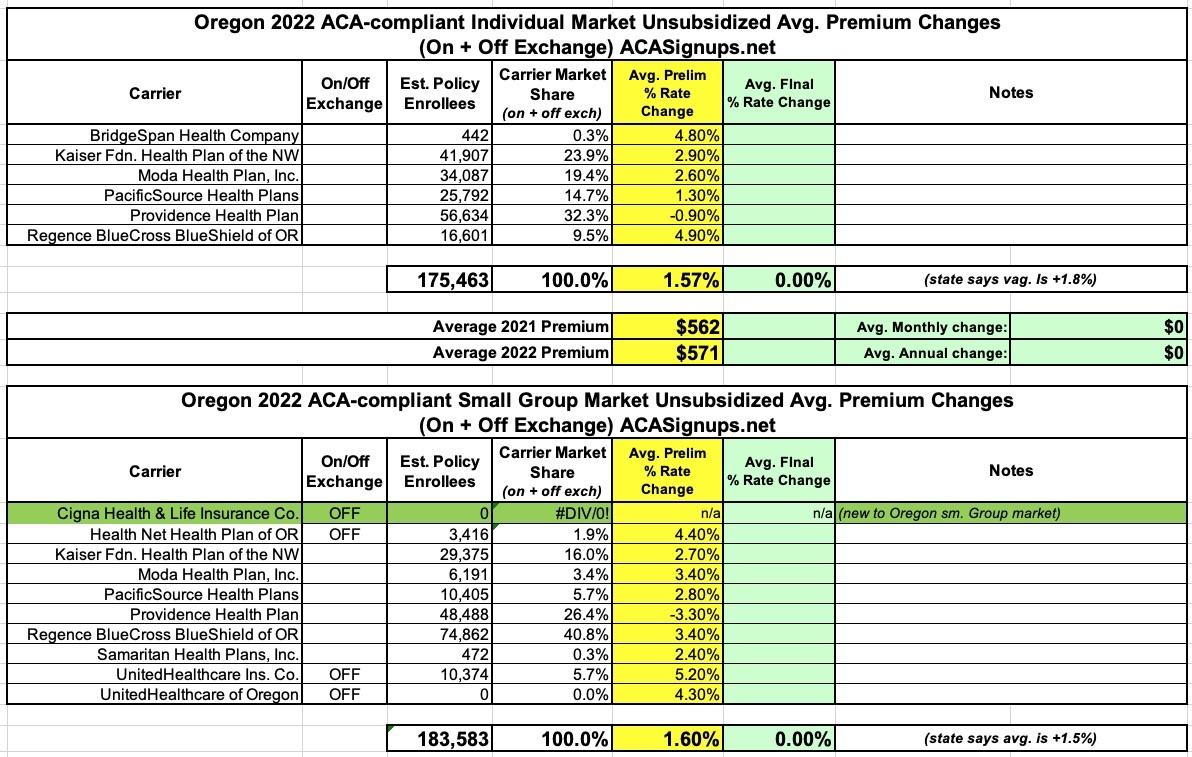 UPDATE 10/19/21: Oregon's Division of Financial Regulation has issued their approved rates for 2022. Not many changes, but it did shave down the average rates a bit in both markets:

Salem — Small businesses and people who buy their own health insurance can now see the Oregon Division of Financial Regulation's final rate decisions for 2022 health insurance plans. The division reviews and approves rates through a detailed and transparent process before they can be charged to policyholders.

“The Oregon Reinsurance Program continues to strengthen Oregon's health insurance market," said Andrew Stolfi, insurance commissioner and Department of Consumer and Business Services director. “It has led to lower rate increases each year, more carriers expanding their coverage statewide, and more health insurance options for Oregonians in every corner of the state."

Individual market
The division has issued final decisions for six companies in the individual market with average rate changes ranging from a 0.9 percent decrease to a 4.9 percent increase, for a weighted average of 1.5 percent. Under the decisions, Silver Standard Plan premiums for a 40-year-old in Portland would range from $450 to $505 a month.

Small group market
In the small group market, the division issued final decisions for nine companies with average rates ranging from a 3.3 percent decrease to a 3.4 percent increase, for a weighted average of 1.5 percent. Under the decisions, Silver Standard Plan premiums for a 40-year-old in Portland would range from $343 to $395 a month. 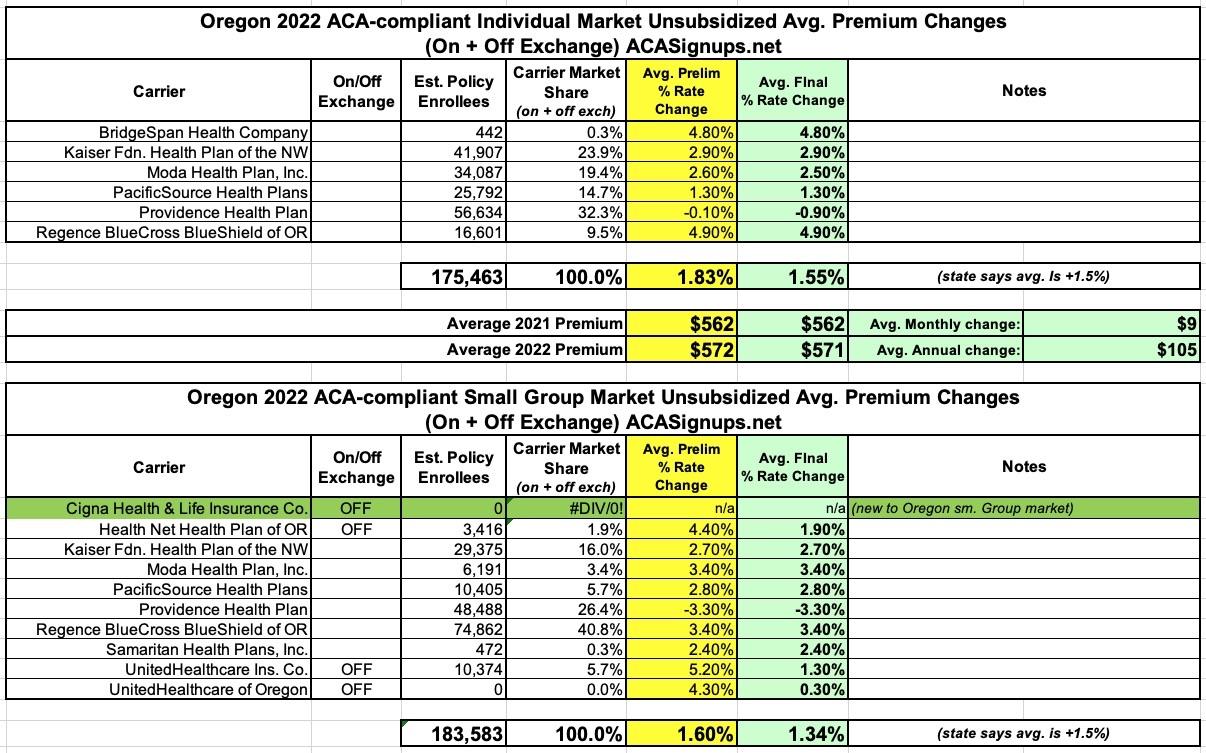