I guess the other 40% are being posted by me?

So, this headline over at the Washington Examiner caught my eye this morning...

A majority of online and social media defenders of Obamacare are professionals who are "paid to post," according to a digital expert.

"Sixty percent of all the posts were made from 100 profiles, posting between the hours of 9 and 5 Pacific Time," said Michael Brown. "They were paid to post."

His shocking analysis was revealed on this weekend's Full Measure with Sharyl Attkisson, broadcast on Sinclair stations and streamed live Sunday at 9:30 a.m. Her upcoming show focuses on information wars and Brown was describing what happened when he had a problem with Obamacare and complained online.

Brown said that social media is used to manipulate opinion, proven in the last presidential election.

OK. First of all, "social media is used to manipulate opinion" isn't exactly a "shocking analysis".

Secondly, if the name "Sharyl Attkisson" rings a bell, it's because she's the former CBS reporter who falsely claimed that the Obama administration had hacked her computer and was spying on everything she typed...when it turned out that:

...An inspector general report concluded that Sharyl Attkisson's merely had her “delete” key stuck when text disappeared from her computer, and said there's no evidence that government officials erased stories.

...The elimination of text in the video she posted “appeared to be caused by the backspace key being stuck, rather than a remote intrusion,” the DOJ report said.

Anyway, Attkisson, no longer with CBS, has her own show on a bunch of Sinclair TV stations (Sinclair is, ironically, an openly right-wing media company which promotes conservative media stories), and a couple of days ago she apparently had a "digital expert" on to explain how there's supposedly only 100 people who are posting 60% of all pro-ACA online media entries:

She [Attkisson] reports that he evaluated 226,000 pro-Obamacare posts made by 40,000 Facebook profiles.

Brown: "Sixty percent of all the posts were made from 100 profiles, posting between the hours of 9 and 5 Pacific Time."

Now, I'm not going to claim that "Michael Brown, digital expert" is full of beans; it's entirely possible that he really is a "digital expert" who has some sort of algorithm software which can indeed "evaluate 226,000 pro-Obamacare posts". I really don't know enough about how searchable Facebook posts are to declare him full of hooey.

However, I will note that: 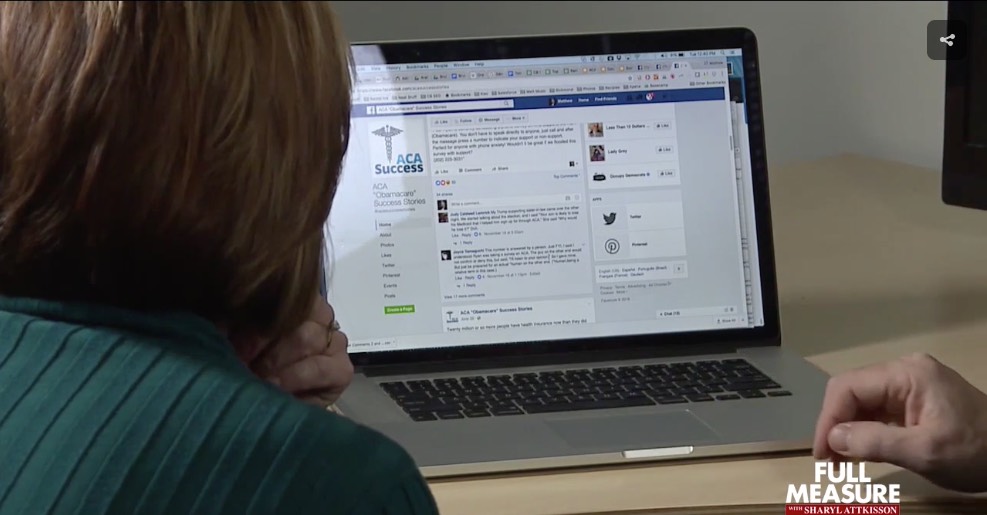 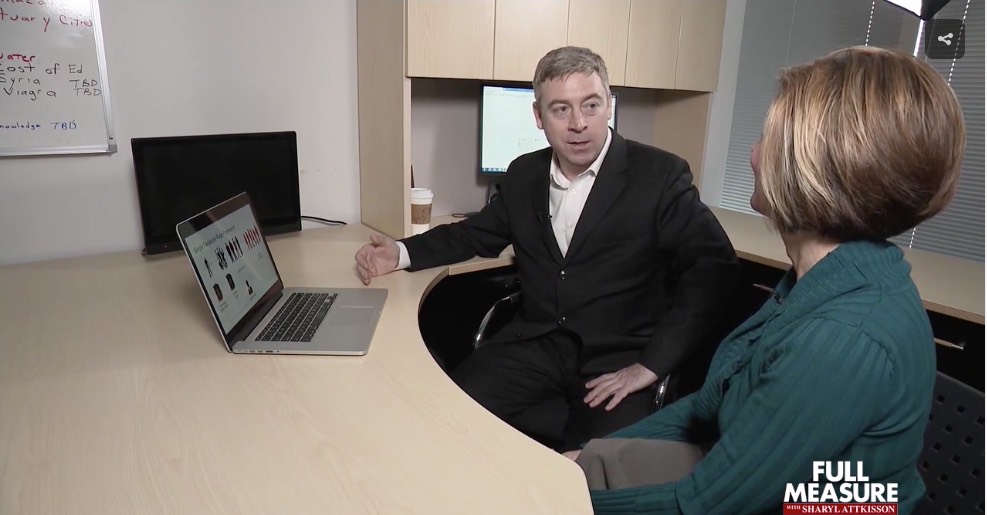 Can you see it? Take a look in the top left corner: 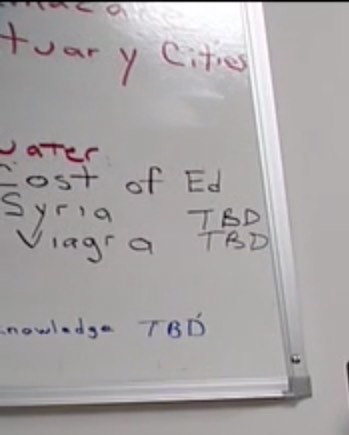 Anyway, for what it's worth, even if 60% of all social media posts "supporting Obamacare" really are from a tiny group of people, that doesn't necessarily mean much. Activists, by our very nature, are active. Lord knows I post dozens of links/stories in support of the ACA every day, but no one's paying me to do so--at least, not officially; obviously I do receive voluntary donations from supporters, but that's not quite the same thing as being paid by a corporation/PAC specifically to promote a particular political agenda.

In other words, 100 people supposedly posted an average of 1,300 pro-ACA entries apiece. Over what length of time? The piece doesn't say. I don't post on Facebook that much, but I've been known to post several dozen times on Twitter per day; I could easily post 1,300 of them within a couple of months. The other 39,900 posted an average of 2-3 total...which actually sounds quite reasonable to me.

UPDATE: Also: Saying that "60% of the posts were made between 9am-5pm" isn't exactly surprising either. Seeing how most people are asleep at night, eating dinner/watching TV/out with friends/etc. in the evening and so on, that really leaves the hours of around 8am - 11pm for when I'd expect the vast majority of Facebook posts to be made. 9-5 = 8 hours out of around 15 hours...or 53%. Shocking!!

Again, I'm not saying that Attkisson's piece is inaccurate, I'm just saying that it's trying to make a story where there really isn't one.

Now, a whiteboard analysis of the impact of Syria and Viagra on the cost of education and sanctuary cities, on the other hand...that sounds like a potential Pulitzer Prize winner to me.