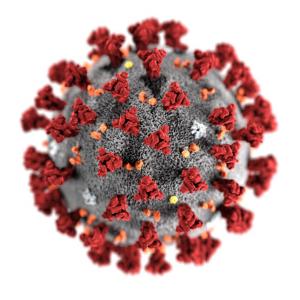 Way back on January 17th, 2020, I posted a long, wonky blog entry about how important risk pools are, using my own family making the move from an ACA exchange plan to a university student plan as an example. It included several data-entry system errors which made the switch more complicated than it should have been, though everything was straightened out in the end.

This morning, in response to a tweet by Sarah Kliff referencing an article by Margot Sanger-Katz about the difficulty of choosing the right health insurance policy, I was reminded of my own post from nearly a year ago and decided to re-read it.

In doing so, I did a double-take when I read one passage in particular:

When we switched over from the ACA exchange plan to the student plan, it was done with the same insurance carrier, Blue Cross Blue Shield of Michigan, which should have made for a seamless, no-fuss transition. We enrolled well before the December 15th Open Enrollment Period deadline, made our January premium payment, and as soon as we received our new insurance cards from Blue Care Network, we thought all was well.

Unfortunately, my wife came down with a nasty cold/flu/bronchial thing over the holidays, went to the doctor just before New Year's and had to have a prescription filled on New Year's Day...the first day under the new policy. Immediately there was a problem: The pharmacy claimed that she wasn't insured and wouldn't cover the prescription.

To be clear: Obviously my wife and I have discussed the possibility of this mysterious "flu" of hers from last December actually being COVID-19 before...but when it's come up over the course of the year, neither of us really dwelled on it beyond briefly musing about the odds...until this morning. We spent the past half-hour seriously discussing it and her symptoms as well as looking up the dates of her prescriptions and so forth.

(The first week we all assumed it was just a standard case of the flu; she treated it as you normally would)

This is when she called her allergist, who also happens to be an asthma specialist. Her allergist prescribed prednisone & a beclomethasone (QVAR) inhaler.

By this point (early January) she had mostly recovered, although she still had some issues for several months after that. (I should note that the prescription she had to have filled on New Year's Day, triggering the insurance switch headaches in my original blog post, was actually completely unrelated to her mystery "flu")

It's important to keep in mind that the first confirmed case of COVID-19 in the United States wasn't diagnosed until January 20th, 2020...seven weeks after my wife first came down with her symptoms and three days after my original blog post was published. In other words, my wife's allergist had no way of fathoming that her symptoms might actually be "A novel coronavirus, severe acute respiratory syndrome coronavirus 2 (SARS-CoV-2)". There was no "test" for her to take at that point to detect it and it would be several months before it would be feasible for her to take one anyway.

(I should also note that Joe Biden will be sworn into office as President exactly one year after the first officially-diagnosed case of COVID-19 in the U.S. Huh.)

Her allergist was presumably prescribing what seemed logical based on the symptoms, using decades of medical data and scientific knowledge...and as it happens, appears to have struck on the exact treatment needed to possibly have saved my wife's life.

I did a quick search on beclomethasone (QVAR) and found quite a few articles from over the summer suggesting that various types of asthma inhalers have indeed been known to help treat COVID-19 symptoms.

But wait, there's more: The timing appears to have been a factor as well. I also checked to see about the impact of prednisone on COVID-19 and found this:

THURSDAY, July 23, 2020 (HealthDay News) -- The steroid medication dexamethasone has been proven to help people severely ill with COVID-19. Now a new study hints that other drugs in the same class may also work -- in the right patients.

The findings are from a review of one hospital's experience, not a clinical trial. So researchers said the results should be interpreted with some caution.

I'm highlighting the sentence above to reiterate: This was not a clinical trial, and even if it had been, different patients could react very differently to different treatments.

But the study suggests that a class of cheap, long-used medications -- including, but not limited to dexamethasone -- could aid in the COVID-19 fight.

The findings may also help pinpoint which hospitalized patients stand to benefit, and which ones could actually be harmed.

Researchers at Montefiore Medical Center in New York City looked at more than 1,800 COVID-19 patients admitted to their hospital in March and early April. Of those, 140 received a steroid within two days.

Some were treated with dexamethasone, but most received another drug called prednisone.

At first glance, steroid patients fared similarly to others: They were no less likely to die or to end up on a ventilator.

But a closer look revealed a critical difference. Among patients with signs of widespread inflammation in the body, steroid treatment cut the risk of death or ventilation by 77%. In contrast, the medications appeared to increase those risks when patients lacked evidence of inflammation, the researchers found.

It fits with what has been learned about COVID-19, according to Dr. Randy Cron, a professor at the University of Alabama at Birmingham.

It's thought that some of the worst effects of COVID-19 are often caused not by the virus itself -- but by a massive immune system response called a cytokine storm. It floods the body with proteins (cytokines) that trigger widespread inflammation. That can cause potentially fatal organ damage.

Steroid medications like dexamethasone and prednisone -- which are anti-inflammatory and suppress the immune system -- make sense in that scenario, according to Cron. But if a COVID-19 patient does not have serious systemic inflammation, a steroid might backfire -- hampering the immune system's ability to fight the virus.

Again, this doesn't mean prednisone "cured" my wife, and even if it did dramatically improve her recovery time, there's no proof it would do so for anyone else. However, it does suggest that the timing of her being prescribed prednisone might have been critically important.

My wife may have turned out to be extremely lucky.

Oh, for anyone wondering why she hasn't taken an antibody test to "prove" whether she had it or not:

Some tests may exhibit cross-reactivity with other coronaviruses, such as those that cause the common cold. This could result in false-positive test results. Some persons may not develop detectable antibodies after coronavirus infection. In others, it is possible that antibody levels could wane over time to undetectable levels. IgM and IgG antibodies may take 1 to 3 weeks to develop after infection. Thus, serologic test results do not indicate with certainty the presence or absence of current or previous infection with SARS-CoV-2.

There was really no point in having an antibody test 6-12 months after she contracted it, since any antibodies may have long since become undetectable and even if the test came back positive, it might not be accurate that way either.

As for where she may have contracted it (assuming it was indeed COVID-19), that's impossible to know at this point. We live in the metro Detroit area, and have several friends who work in the auto industry, and Wuhan, China plays a major role in the auto industry supply chain. We also have friends just back from Germany who had visited us just before Thanksgiving last year.