UPDATED: "I sent you a radio report, a helicopter, and a guy in a rowboat. What the hell are you doing here?" 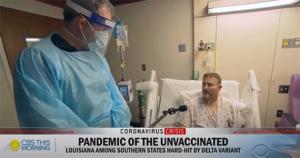 Let's be clear: There's a good ~48 million or so children under age 12 who haven't been approved to take the COVID-19 vaccine yet, roughly 14% of the population. There's also perhaps 8 - 9 million Americans age 12+ who are immunocompromised or have serious allergic reactions to vaccinations, meaning the vaccine would have no effect on them or they can't take it at all. Combined, that's around 17% of the total U.S. population who can't get vaccinated, leaving it up to the other 83% of us who can to do so.

Of those, as I noted yesterday in my "Outlier County" analysis, there are millions of Americans who haven't gotten vaccinated against COVID-19 yet because of access issues (clinics, pharmacies, etc. aren't easily accessible in their area, or they don't have transportation to get there and back), financial issues (the vaccine itself may be free, but many people can't afford to take the time off of work for either the appointment or being laid out for a day or two afterwards due to the side effects), or child-rearing issues (again, it's not easy if you're a single parent of a young child without any family/friends around to help out and you can't afford childcare for the couple of days you might be out of commission).

Having said that, there are still something like 40 million American adults who have no legitimate reason not to get vaccinated who are outright refusing to do so, like the jackass in the video above.

You can provide the vaccine, the information, the resources. You can patiently answer questions. And again, for millions of Americans doing all of the above will be helpful in getting them vaccinated.

There's a certain portion of the population, however, which is simply unreachable. For them, at a certain point there's only so much you can do.

This parable was around long before The West Wing, but Karl Malden's telling of it gives me chills every time I watch it.

You know, you remind me of the man that lived by the river. He heard a radio report that the river was going to rush up and flood the town. And that all the residents should evacuate their homes.

But the man said, "I’m religious. I pray. God loves me. God will save me."

The waters rose up. A guy in a row boat came along and he shouted, "Hey, hey you! You in there. The town is flooding. Let me take you to safety."

But the man shouted back, "I’m religious. I pray. God loves me. God will save me."

A helicopter was hovering overhead. And a guy with a megaphone shouted, "Hey you, you down there. The town is flooding. Let me drop this ladder and I’ll take you to safety."

But the man shouted back that he was religious, that he prayed, that God loved him and that God will take him to safety.

And standing at the gates of St. Peter, he demanded an audience with God.

God said, "I sent you a radio report, a helicopter, and a guy in a rowboat. What the hell are you doing here?"

As for why both FOX News and Republican leadership have suddenly done a complete 180 on their anti-vaxxer messaging over the past few days, it seems pretty obvious to me: 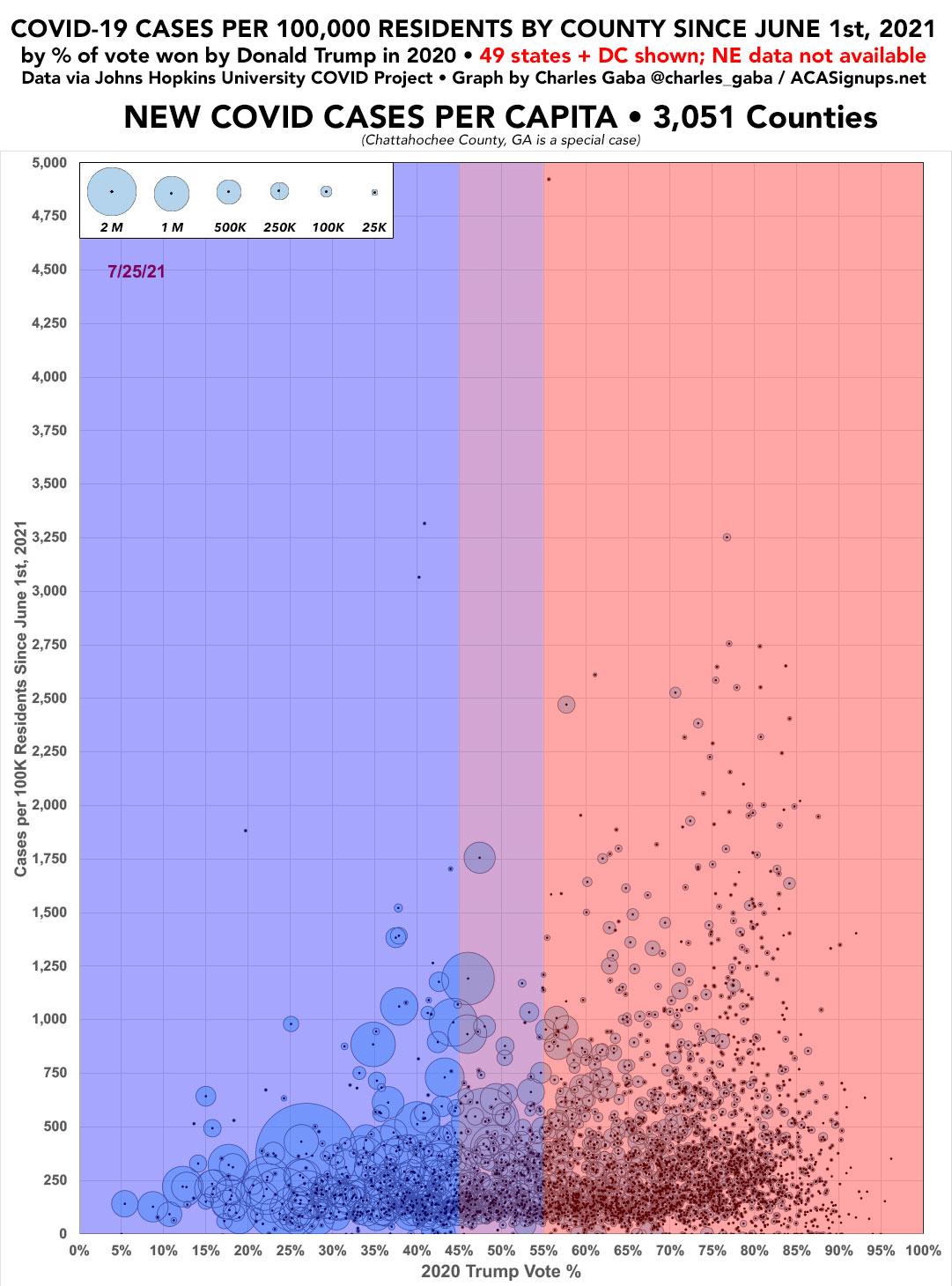 Since June 1st, there have been over 50% more new COVID-19 cases reported per capita in the solid red counties (where Trump received more than 55% of the vote last fall) than the solid blue counties (where he received less than 45%), and the COVID death rate has been 40% higher as well.

What about the past two weeks? Well, the case ratio is down slightly...but the ratio of deaths per capita has increased:

Of course, even heavily Republican counties can have solidly Democratic cities within them, so it's possible that the stats above are misleading. Generally speaking, however, it sure sounds to me like someone in the GOP now believes that their 6-month anti-vaxx propaganda campaign is starting to kill off their own voter base, because everyone from Sean Hannity to Florida Governor Ron "Don't Fauci my Florida" DeSantis seem to have finally gotten the memo.

Better late than never, I suppose. (cartoon used with permission) 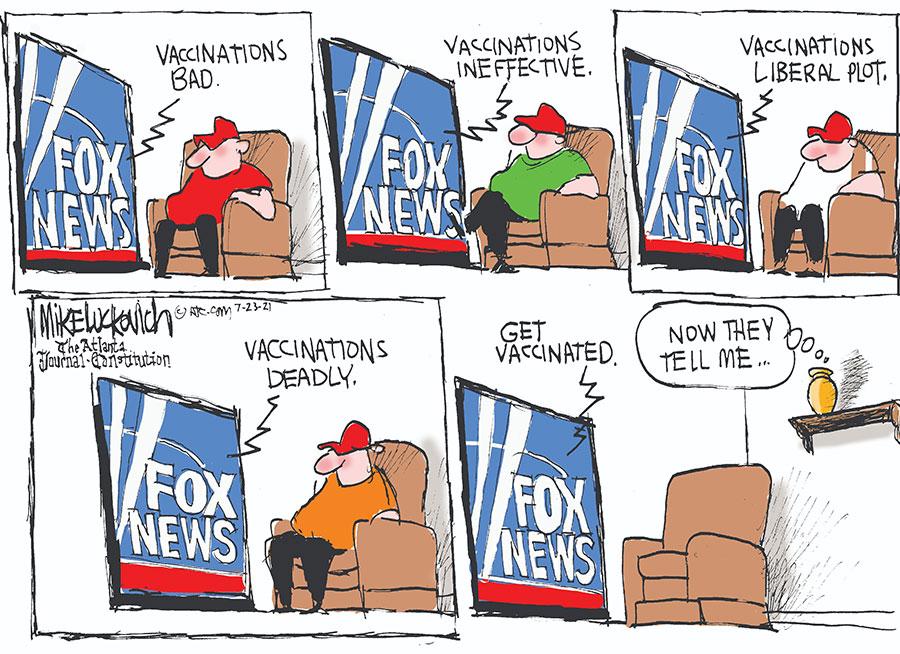