A warning to those thinking Trump might end up enacting progressive policies... 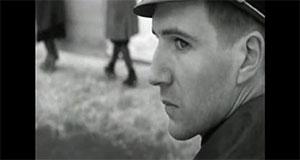 UPDATE 1/15/17: Reposting this given this evening's "news" that Donald Trump is "promising" to allegedly replace Obamacare (the ACA) with "insurance for everybody" in some mysterious fashion which wouldn't involve being "single payer" (assuming he even has a clue what that actually means):

"Trump declined to reveal specifics"...."Trump warned Republicans that if the party splinters or slows his agenda, he is ready to use the power of the presidency — and Twitter — to usher his legislation to passage."..."Although he was coy about its details — “lower numbers, much lower deductibles”..."“It’s not going to be their plan,” he said of people covered under the current law. “It’ll be another plan. But they’ll be beautifully covered. I don’t want single-payer. What I do want is to be able to take care of people,” he said Saturday."

Sorry, but when I hear Trump wants to "take care of people", all I can picture is this exchange in Pulp Fiction:

So. Here we are. Barring some extraordinarily shocking development (which I wouldn't rule out in a year and a half of shocking developments), it looks like the unthinkable will happen in just 68 days: Donald Trump will be sworn in as the 45th President of the United States.

No one knows with certainty exactly how this will play out, because we're in utterly uncharted territory. Arguments vary over whether Trump is, in his heart, a true fascist who'll bring about a true Naziesque Hellscape (massive waves of deportations, imprisonment in internment camps, genocide, the whole works); "only" a dangerously unstable, unqualified grifter who never expected to actually win and will now treat his term of office as the ultimate long con...or a reverse-Manchurian Candidate figure who'll actually end up turning on the GOP completely and will push through a bevy of progressive policies after all!

He could also be some combination of all of the above...as well as some other profile which no one has even imagined as of yet.

However, there are some major problems with this:

Back in 2003, when the second round of the utterly unnecessary Bush Tax Cuts were doled out (jacking up the federal deficit for decades to come), I received my very own check from the IRS for something like $300 or so. I distinctly remember that it had, typed in the lower left-hand corner, "TAX RELIEF FOR AMERICA'S WORKING MEN & WOMEN".

As it happens, I donated the entire $300 to charity, since I had never asked for it and didn't want it. However, I always remembered the shamelessly partisan promotional nature of how it was done. A physical check with the actual dollar amount and a big, bold slogan referring to "relief" (the implication being, of course, that taxes are by their very nature a negative, awful thing which one needs relief from).

Now we have Trump claiming that he's gonna have "the government pay for it all", along with a trillion-dollar infrastructure plan to repair roads, bridges and so forth. From a progressive POV, this sounds great, since we've been pushing for a massive domestic infrastructure program for decades. The problem is that he also plans on invoking huge tax cuts for the wealthy (i.e., it would balloon the debt to even further hights) and/or that the actual projects would be privately funded (and thus, private corporations would reap a windfall of tax credits for doing so) while also creating regressive taxation (toll roads, etc).

In addition, given Trump's history of shady, self-serving deals, I wouldn't be at all surprised to see the bulk of the infrastructure projects end up being won via no-bid deals by Trump-connected contractors, at rates 10x the market rate...and then turning out to suffer from shoddy workmanship, poor-quality materials and so forth. Hell, even if he were to somehow actually start construction of his infamous Mexican Border Wall, it would likely turn out to be built out of balsa wood filled with moldy Trump Steaks.

On the bright side, given his history of stiffing contractors, he might decide not to allow payment to any contractors whether they do a good job or not, so there's that.

I'm quite serious here. There's an old saying about Benito Mussolini: "At least he made sure the trains ran on time!"

Well, first of all...no, it turns out that was a load of crap:

Every political leader — whether he be a democratically elected representative or a usurping tyrant — seeks to gain broad public support, because the greater his support, the greater his power. That power may ultimately be used for good or for bad, but either way it must be obtained before it can be wielded.

After the "march on Rome" (which was itself a myth of fascist propaganda) on 28 October 1922 that resulted in King Vittorio Emanuele's appointment of Benito Mussolini as prime minister and the accession to power of the fascists in Italy, Mussolini needed to convince the people of Italy that fascism was indeed a system that worked to their benefit. Thus was born the myth of fascist efficiency, with the train as its symbol. The word was spread that Mussolini had turned the dilapidated Italian railway system into one that was the envy of all Europe, featuring trains that were both dependable and punctual. In Mussolini's Italy, all the trains ran on time.

Well, not quite. The Italian railway system had fallen into a rather sad state during World War I,and it did improve a good deal during the 1920s, but Mussolini was disingenuous in taking credit for the changes: much of the repair work had been performed before Mussolini and the fascists came to power in 1922. More importantly (to the claim at hand), those who actually lived in Italy during the Mussolini era have borne testimony that the Italian railway's legendary adherence to timetables was far more myth than reality.

Secondly, even if he DOES end up enacting a couple of progressive wish-list items, he's still dangerously unstable and unqualified to hold high office, and has already caused every Neo-Nazi, KKK member and other white supremacist hatemonger to come out of the woodwork. Much of the damage has already been done even if he were to resign or get impeached within his first month in office.

As Snopes goes on to conclude: