With those caveats in mind, here's the top 100 counties ranked by per capita COVID-19 cases as of Saturday, June 5th, 2021 (click image for high-res version). 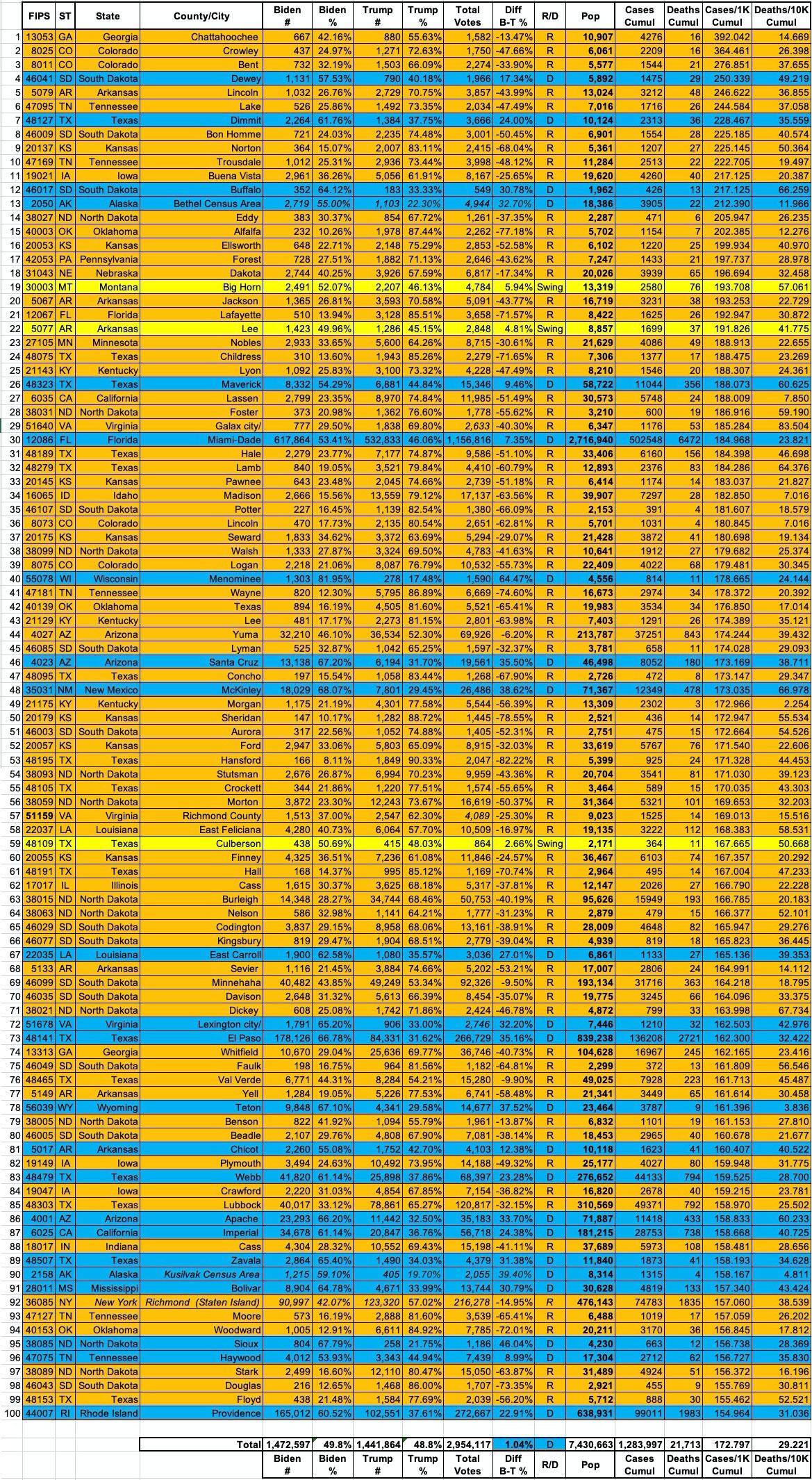 Here's the top 100 counties ranked by per capita COVID-19 fatalities as of Saturday, June 5th, 2021 (click image for high-res version): 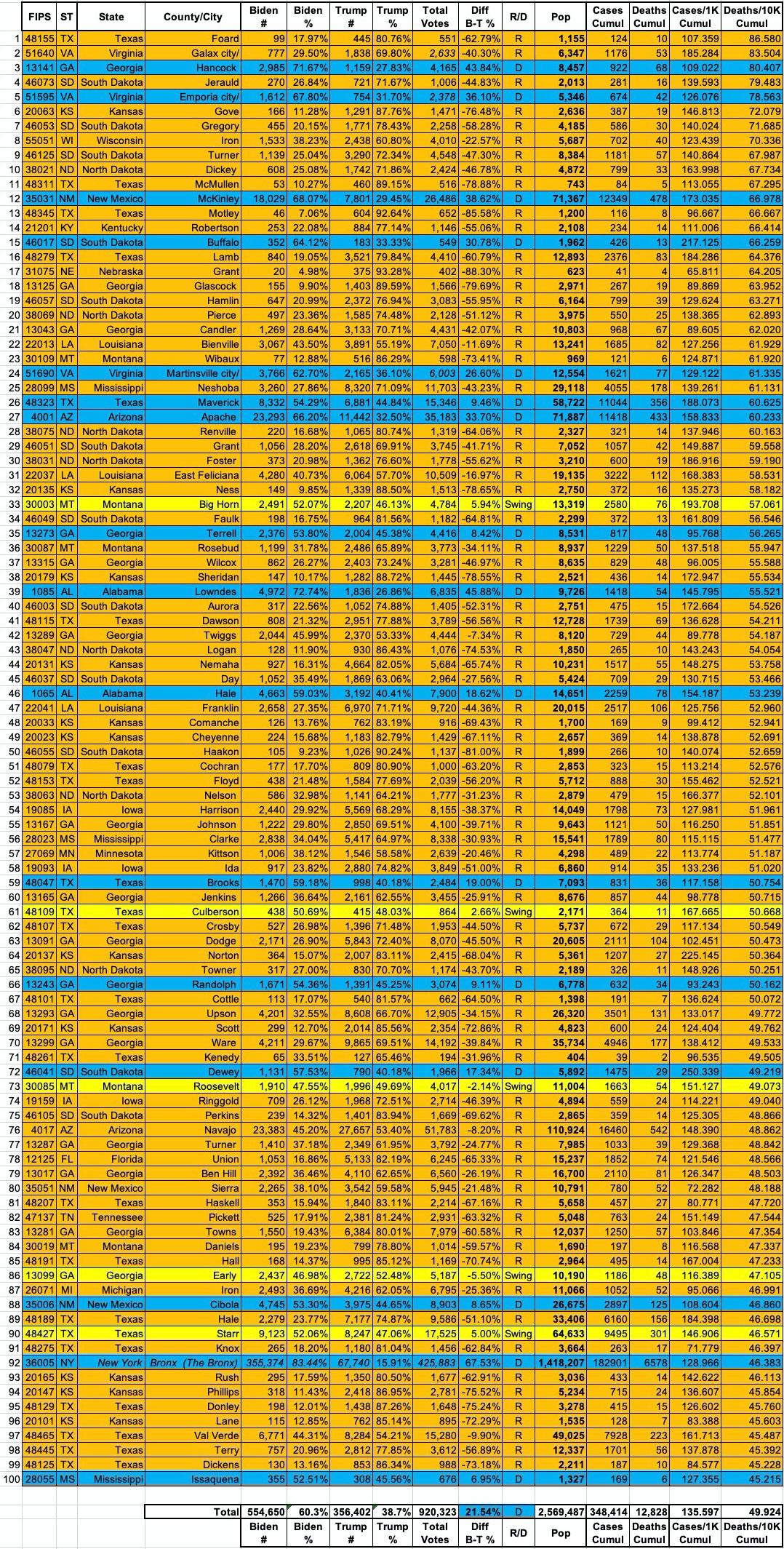 It's also worth noting the ratio of per capita cases and mortality have shifted between the Blue and Red-leaning counties over time. 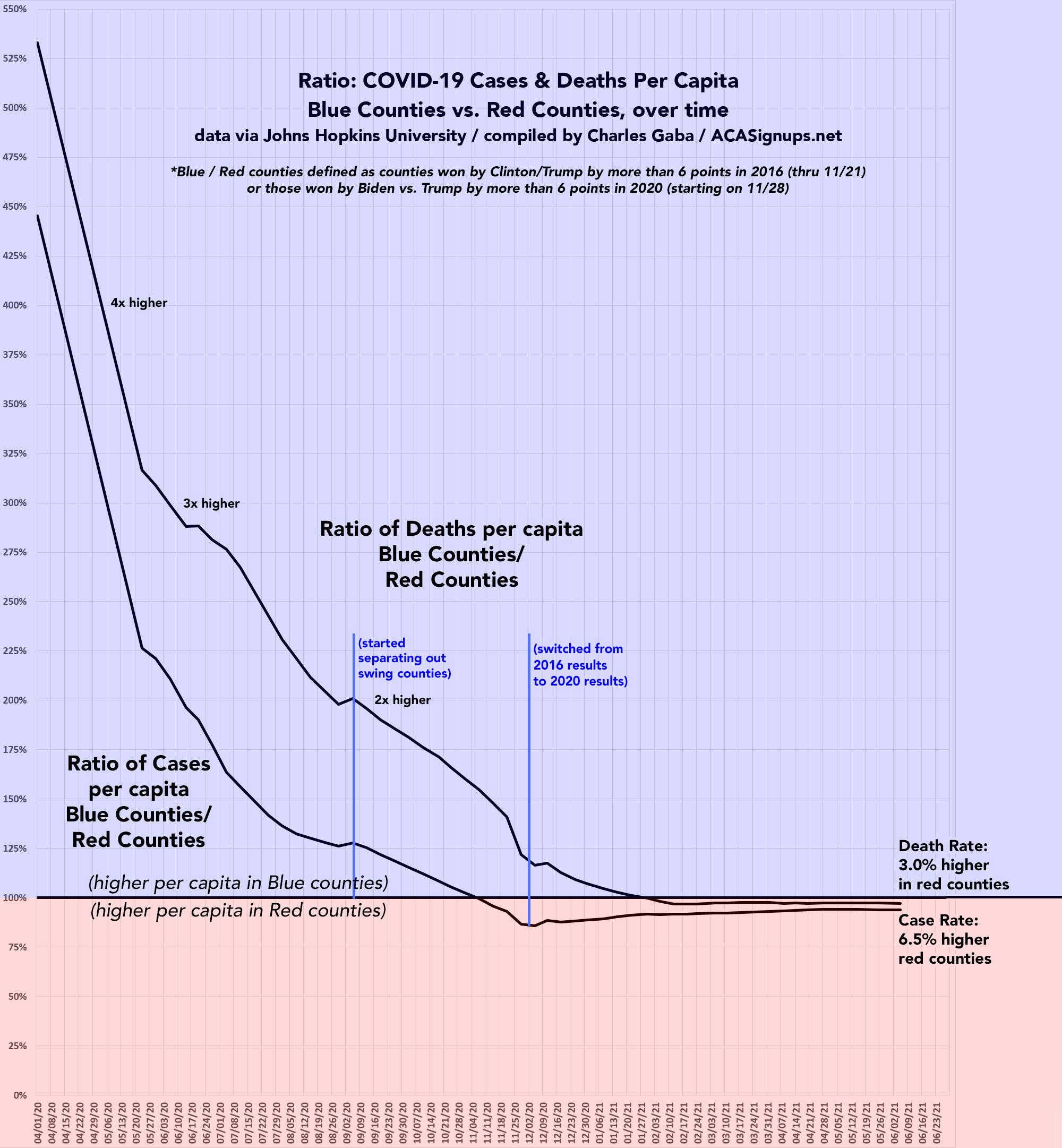