With these updates in mind, here's the top 100 counties ranked by per capita COVID-19 cases as of Friday, January 15th, 2021 (click image for high-res version). 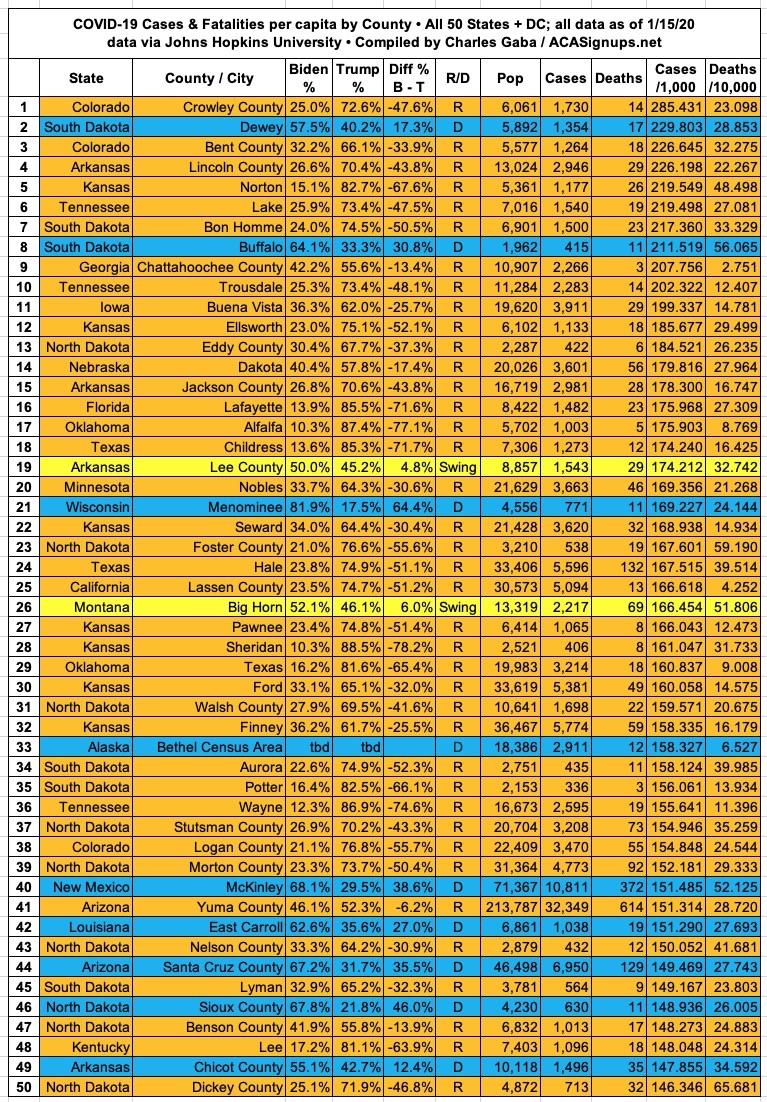 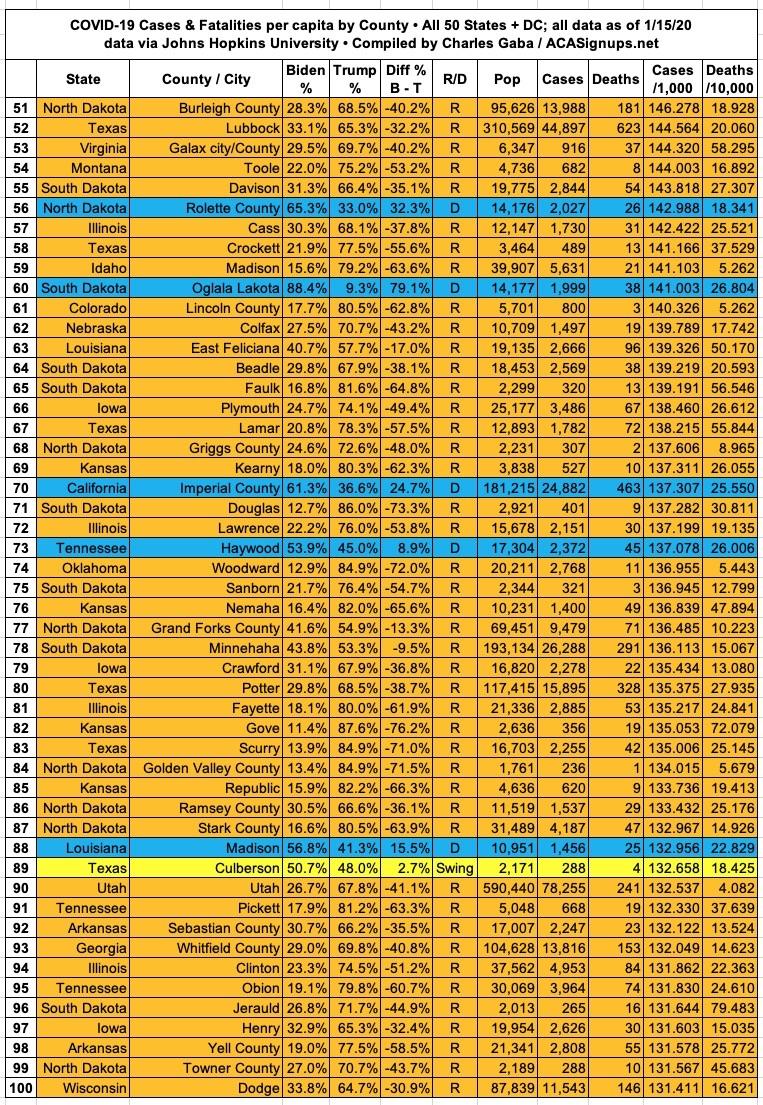 Here's the top 100 counties ranked by per capita COVID-19 fatalities as of Friday, January 15th, 2021 (click image for high-res version): 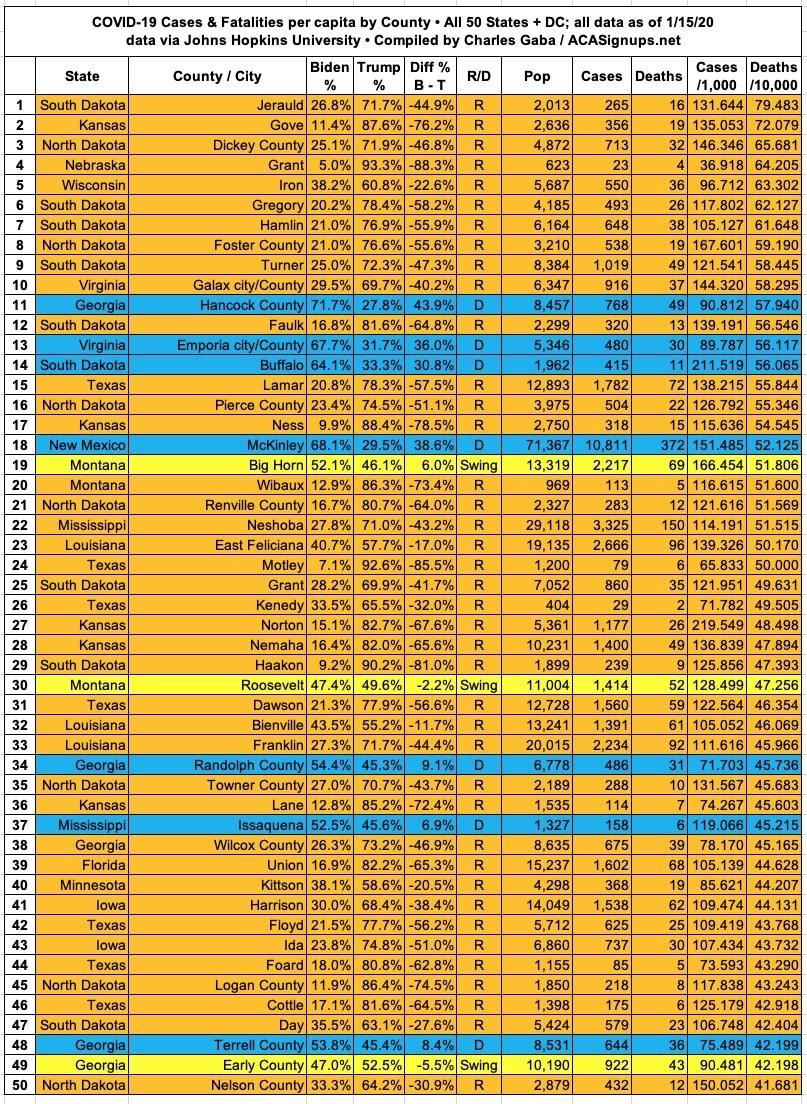 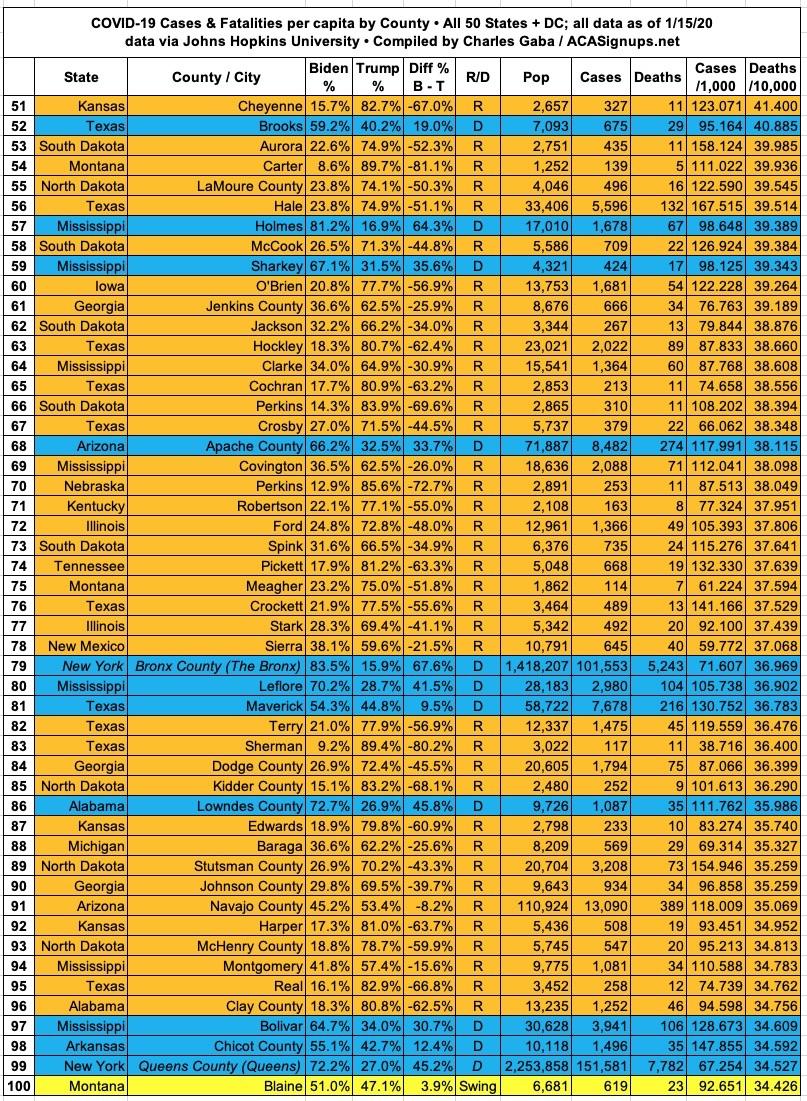 Interestingly, Gove County, Kansas has moved to the #2 spot because their official COVID-19 death toll actually dropped by 3 people from 22 to 19. I assume this is due to a rediagnosis or clerical error or whatever; when the total population of the county is that small, even a minor correction can make a large percentage change.

As of today, CASES per capita are now running 10.6% higher in the Red Counties, and the COVID MORTALITY rate is now just 2.7% higher in the Blue Counties. 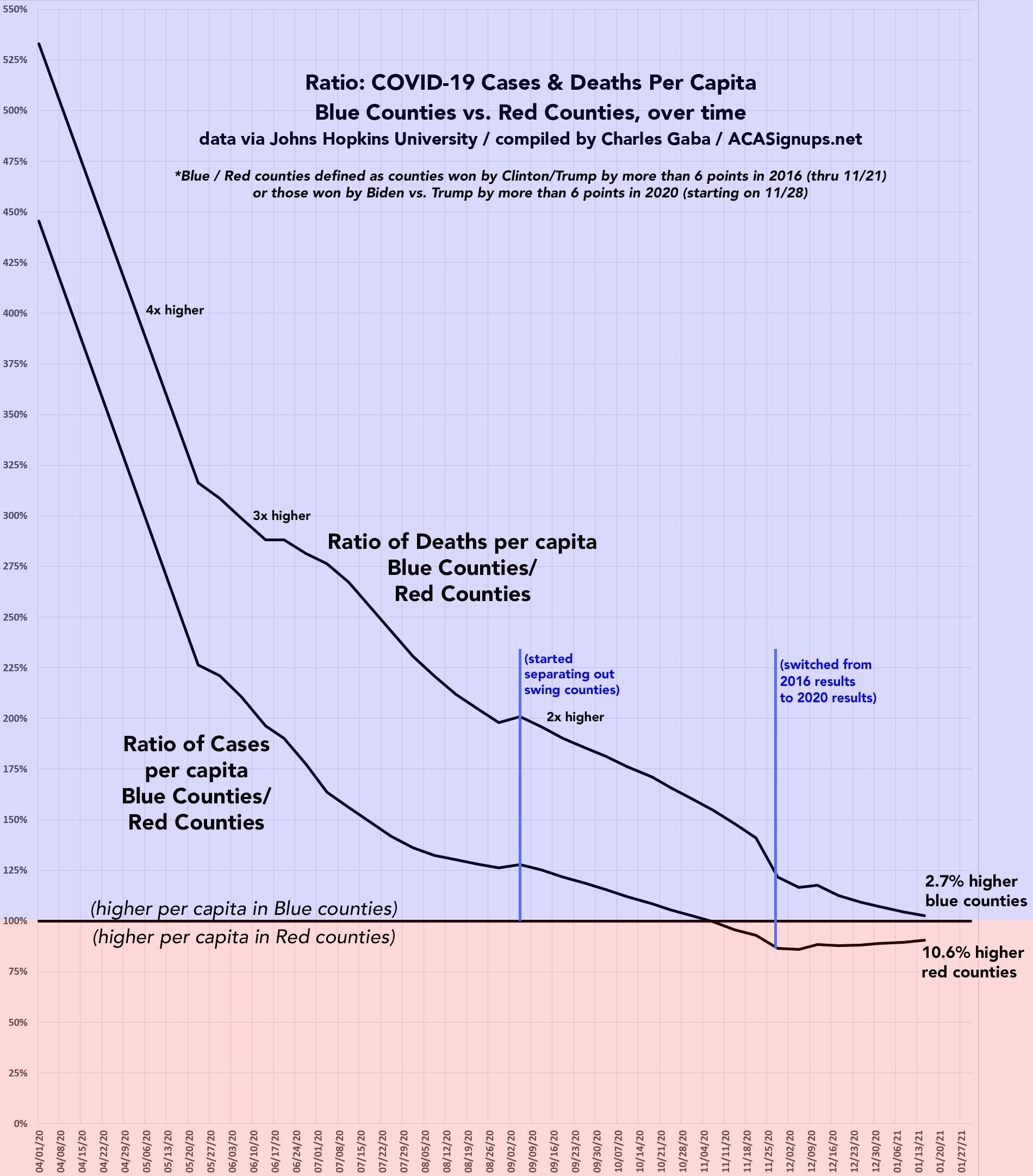