I made some important changes starting last week:

With these updates in mind, here's the top 100 counties ranked by per capita COVID-19 cases as of Saturday, December 5th (click image for high-res version). 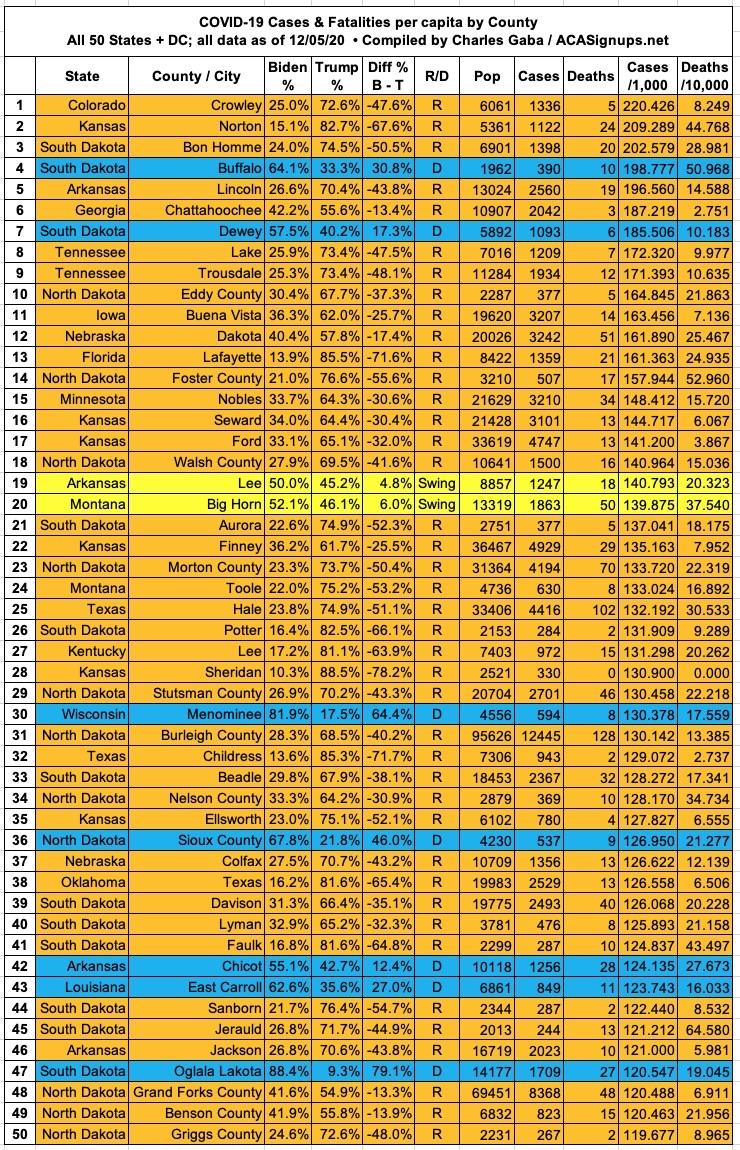 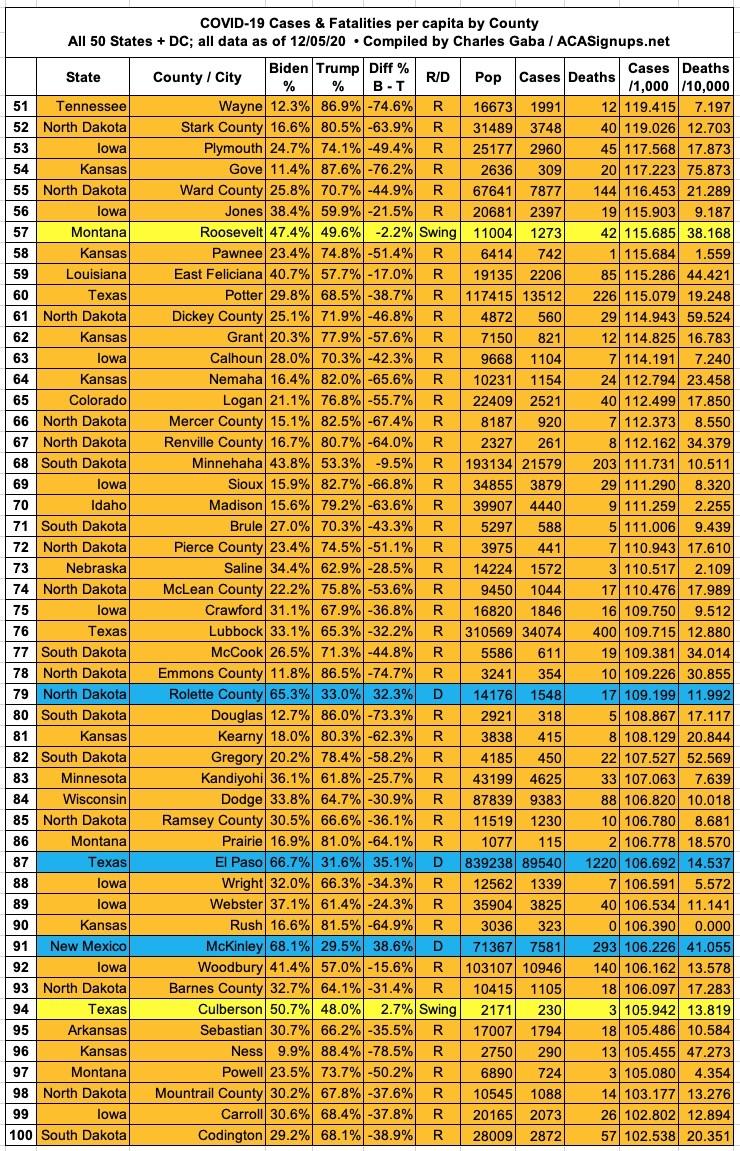 Here's the top 100 counties ranked by per capita COVID-19 fatalities as of Saturday, December 5th (click image for high-res version): 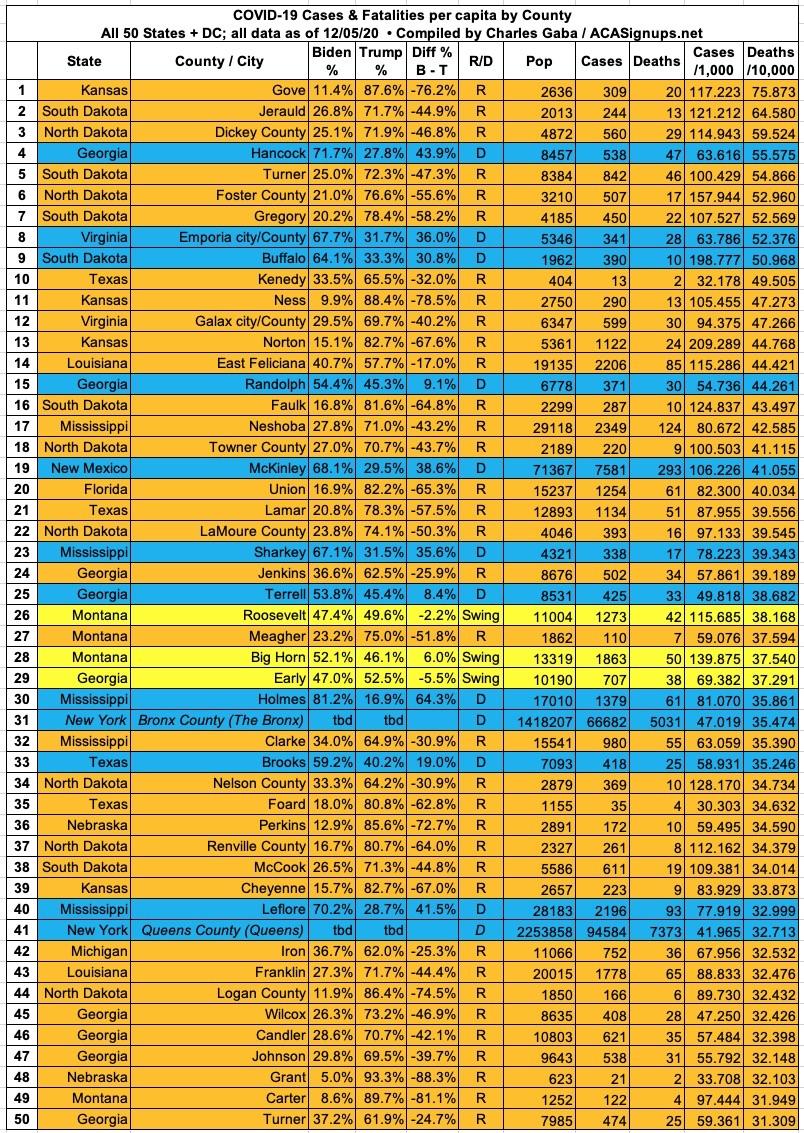 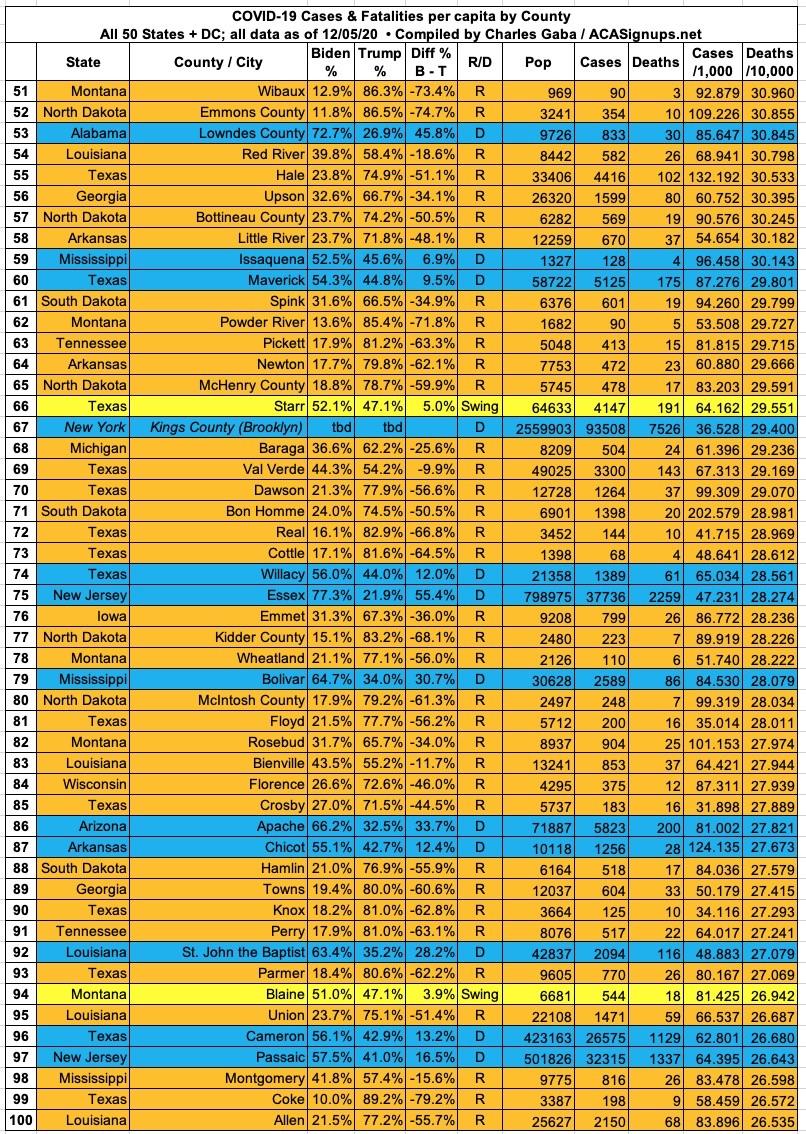 Back in mid-March, the case rate was 450% higher and the mortality rate was 530% higher in blue counties than red counties (defined as counties which voted for Hillary Clinton or Joe Biden vs. Donald Trump). Due to my updating most of the counties to reflect the 2020 results instead of 2016, the lines for both cases and deaths per capita have jumped back towards the "blue" side a bit. Even so, cases per capita are still just 4% higher in the blue counties now, and the mortality rate is still down to just 41% higher.

We'll see whether the trend towards a higher rate in Trump counties continues going forward. 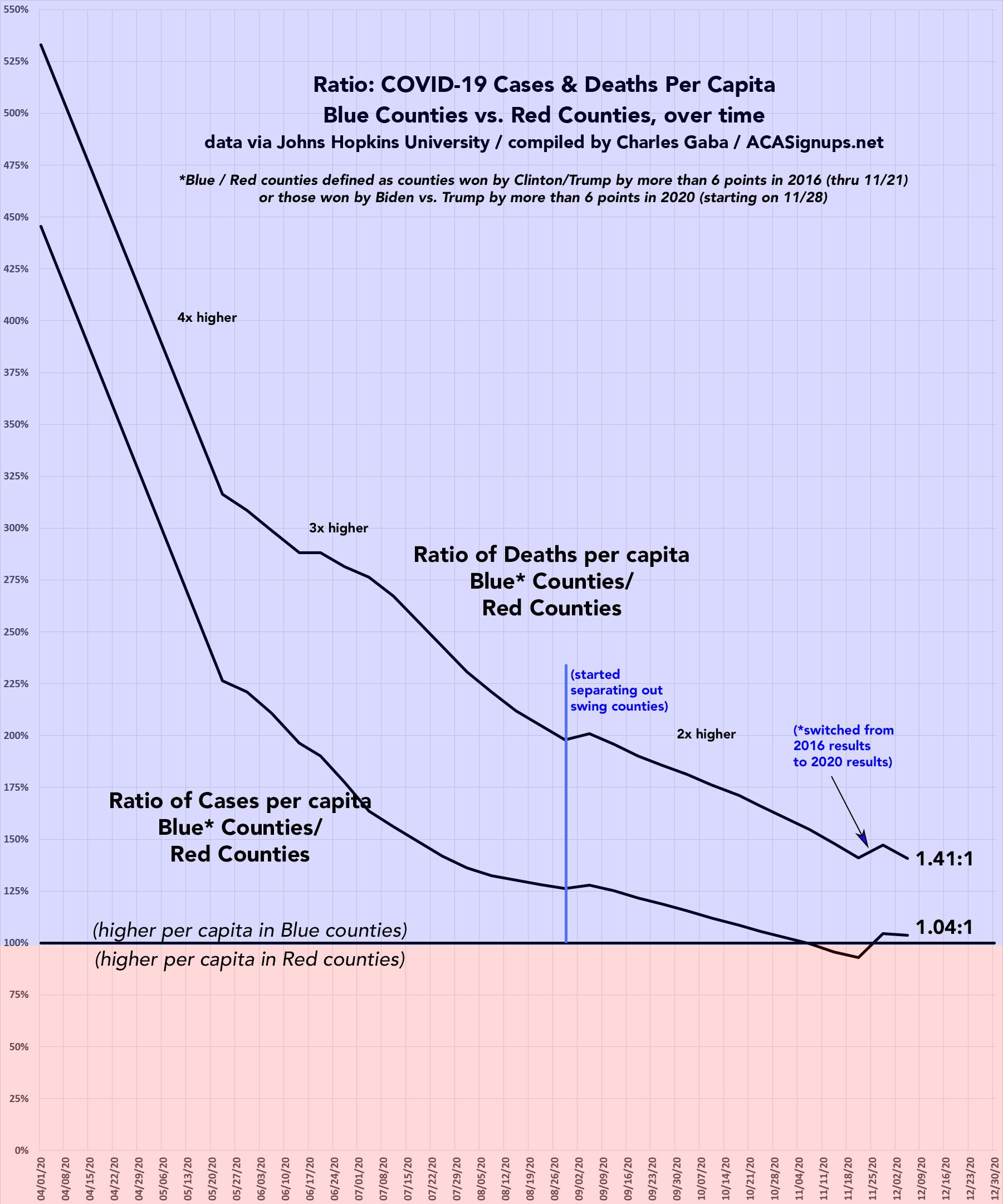