This week there are two important changes to the list: 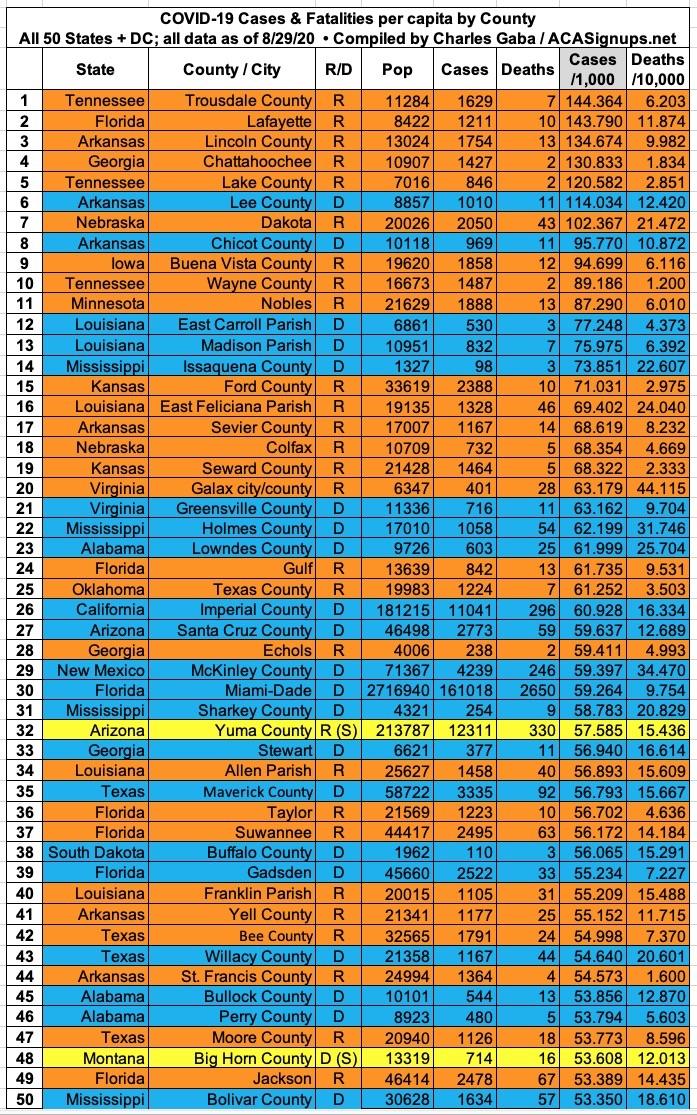 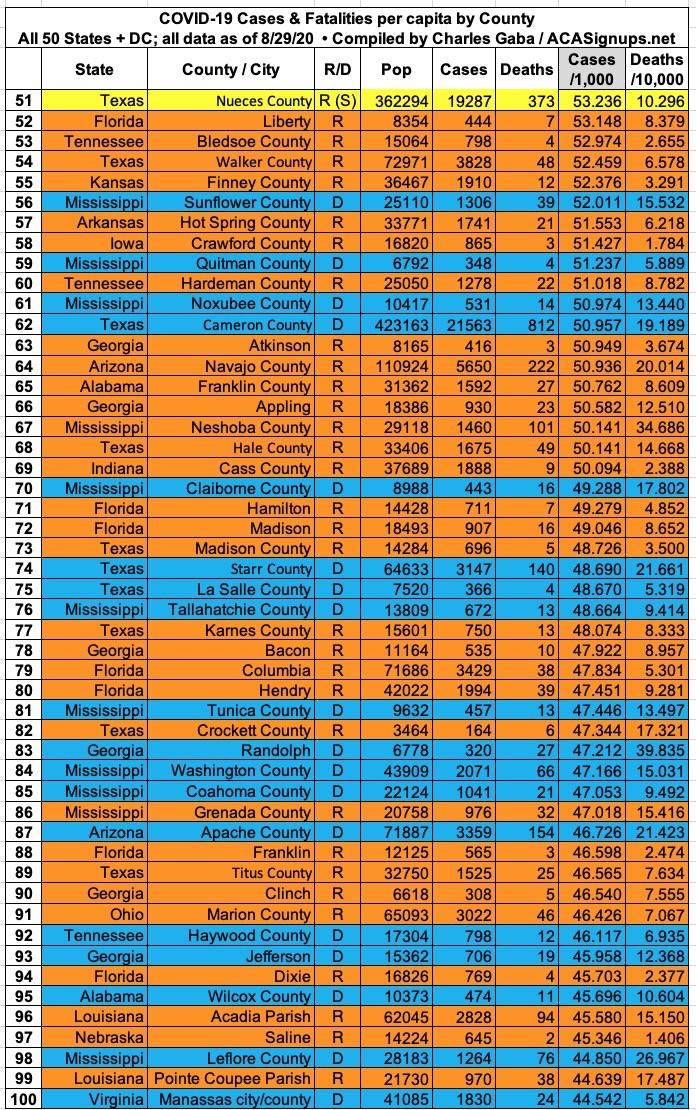 New York doesn't even show up until #103 (Rockland County, a swing district).

Michigan no longer shows up until #854 (even then, it's not Wayne County which ranks highest...it's Oceana County. Wayne County, where Detroit is located, doesn't show up until #907).

Here's the top 100 counties ranked by per capita COVID-19 fatalities as of Saturday, September 5th (click image for high-res version): 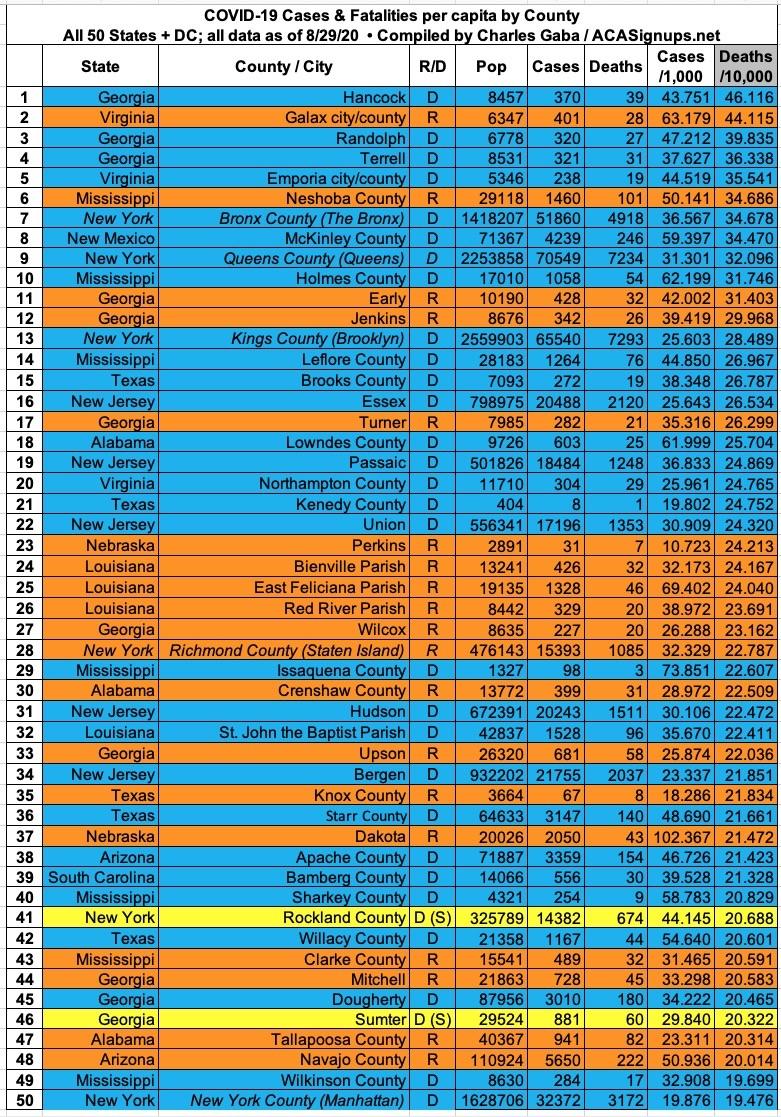 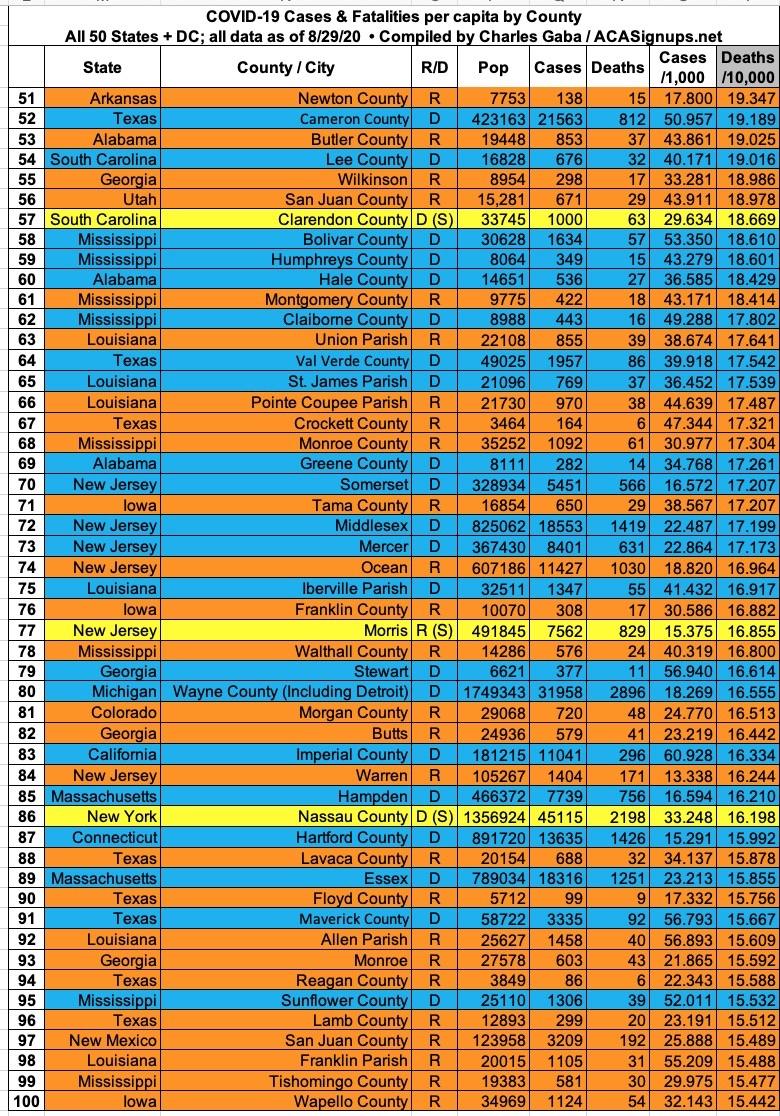 15 of the top 100 deadliest counties are in Georgia. Another 15 are in Mississippi.

As you can see below, separating out the ~200 swing counties from the Red and Blue ones caused the ratio between the two for both case rates and death rates to bump back up towards a higher blue county rate, but only slightly. Going forward I expect the downward trend to continue again, but we'll see: 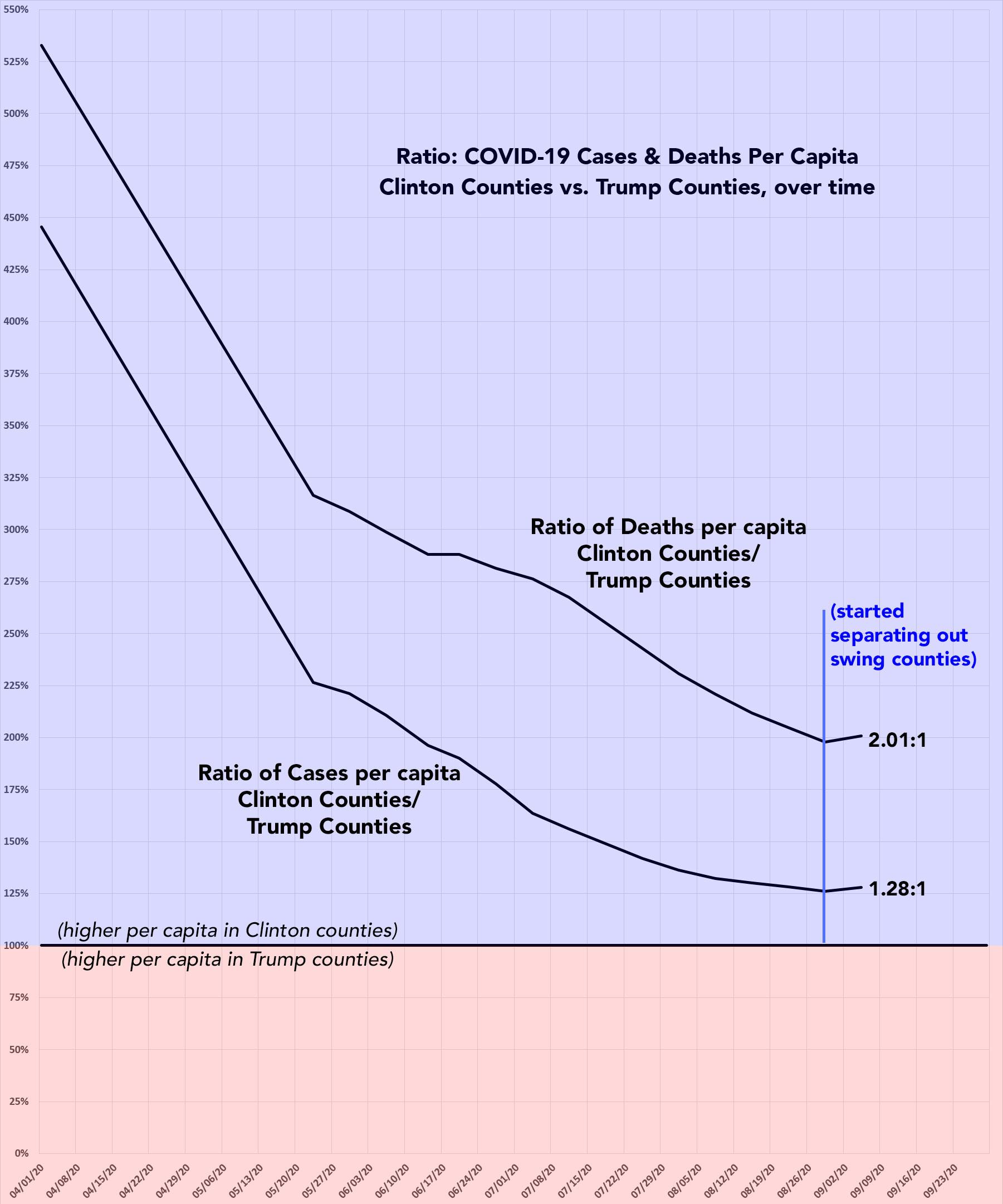