Here's the top 100 counties ranked by per capita COVID-19 cases as of Saturday, July 25th (click image for high-res version): 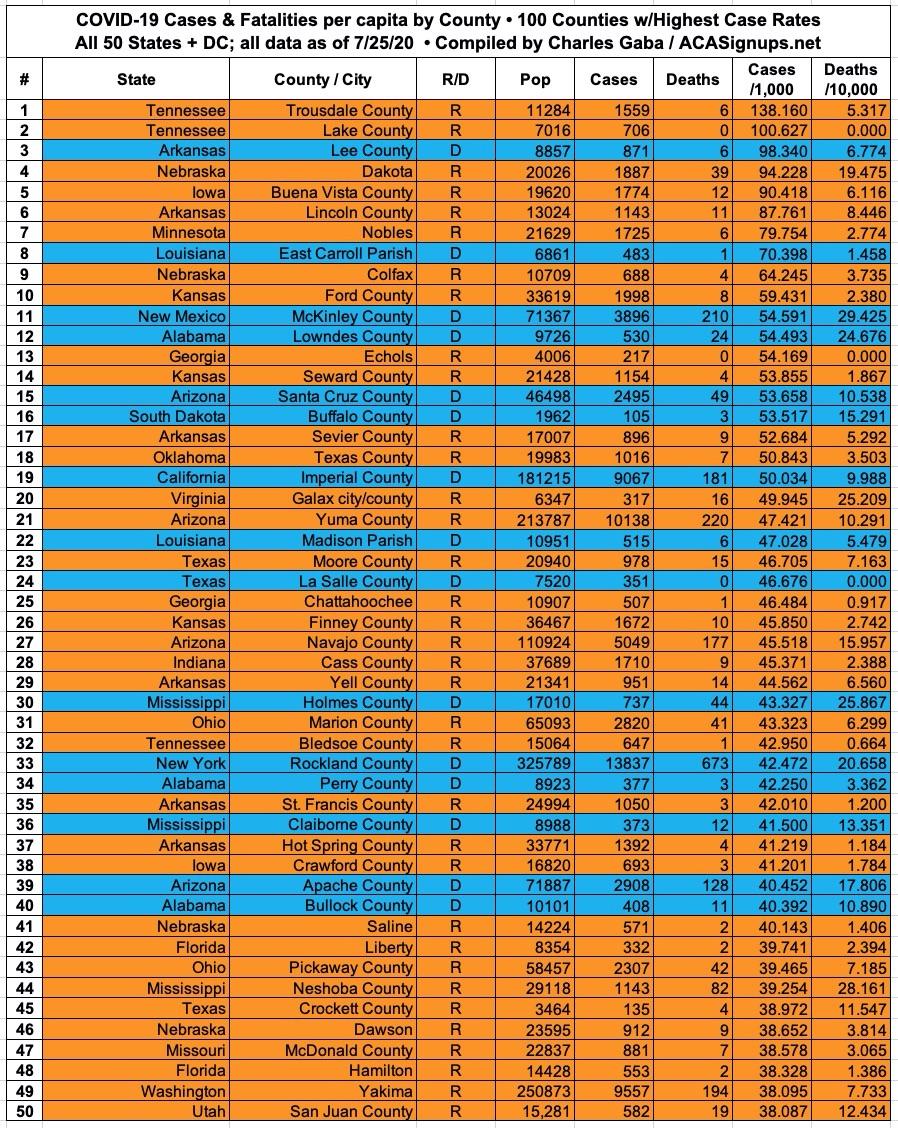 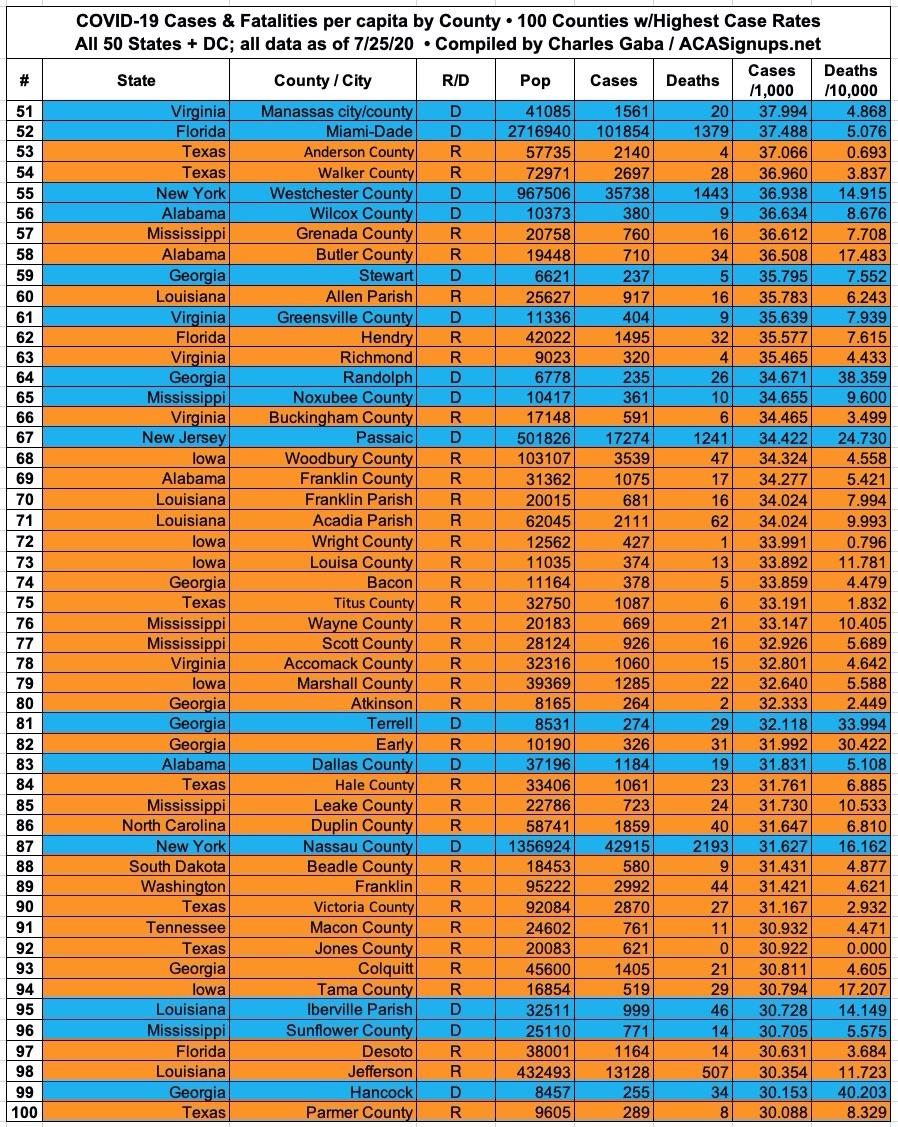 Setting political lean aside, it's noteworthy that the four deadliest COVID counties are located in Georgia. New York City ranks #7 (or #7-11, really). Michigan doesn't show up until #45 (Wayne County, which includes Detroit).

Here's the top 100 counties ranked by per capita COVID-19 fatalities as of Saturday, July 25th (click image for high-res version): 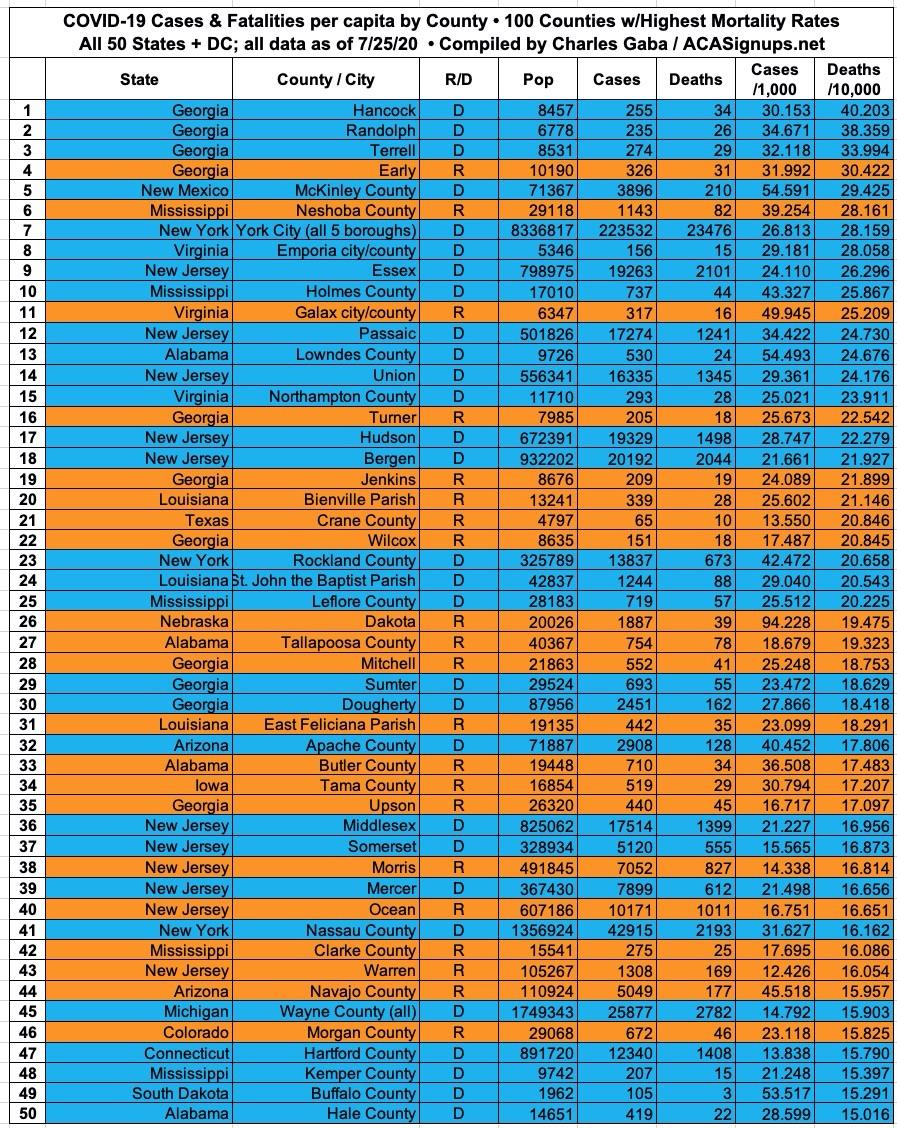 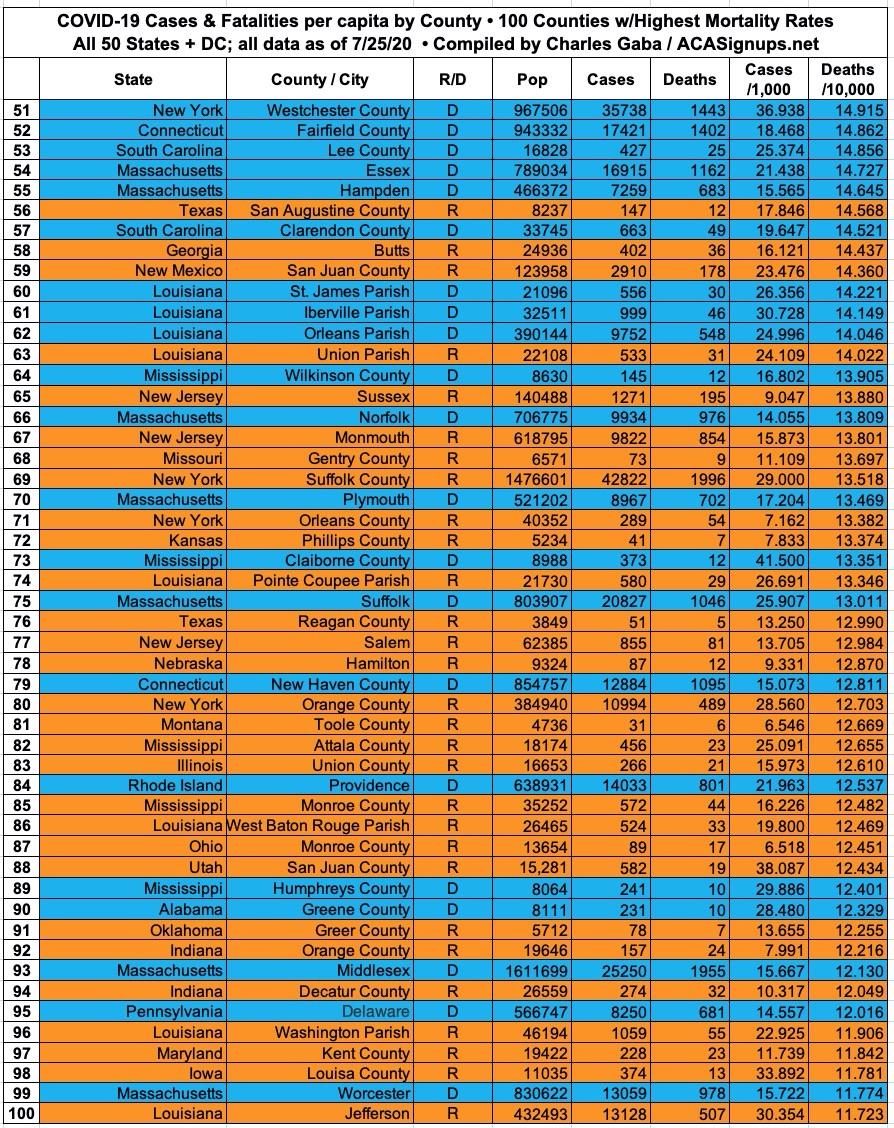 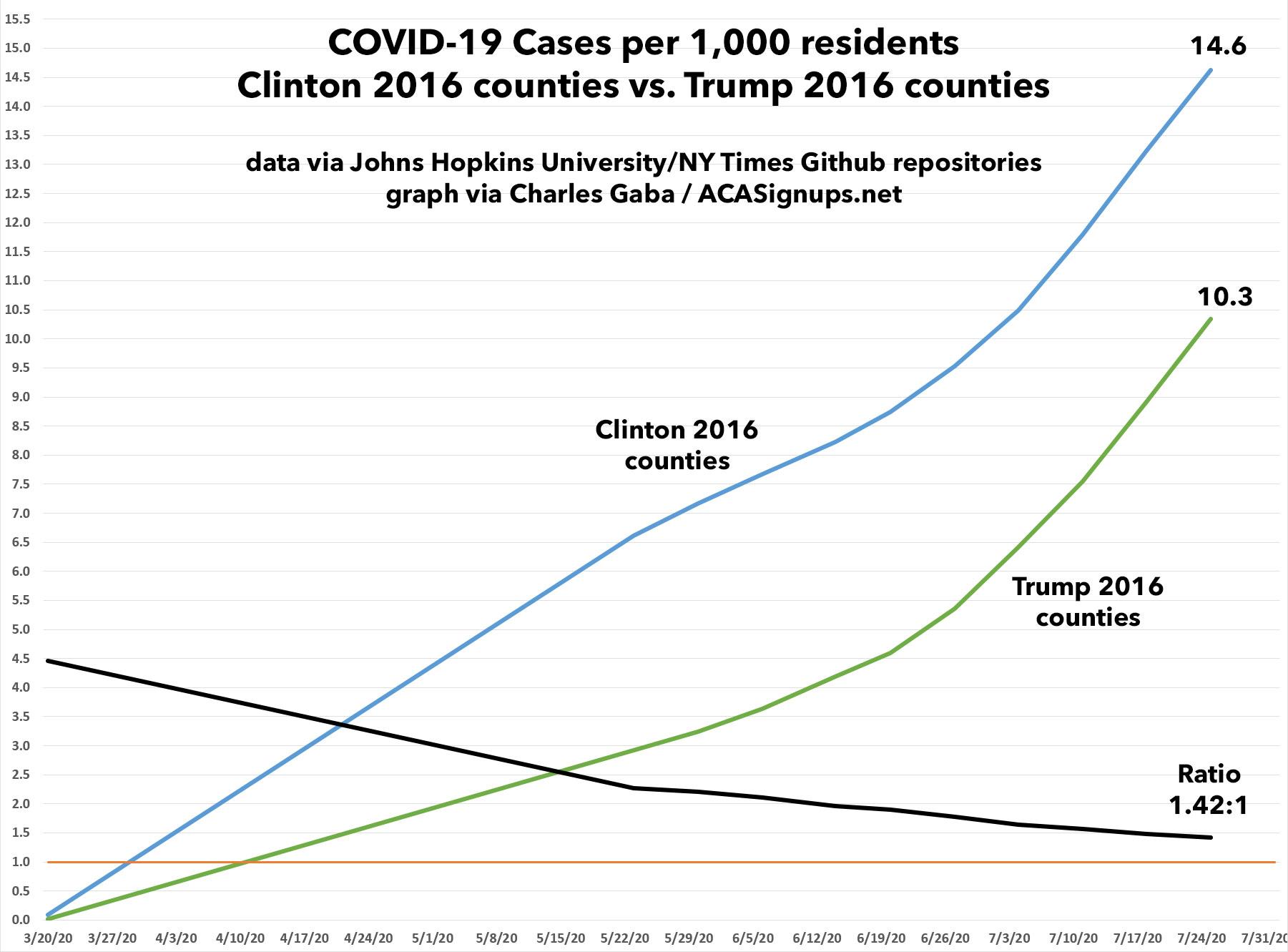