Here's the top 100 counties ranked by per capita COVID-19 cases as of Saturday, July 11th (click image for high-res version): 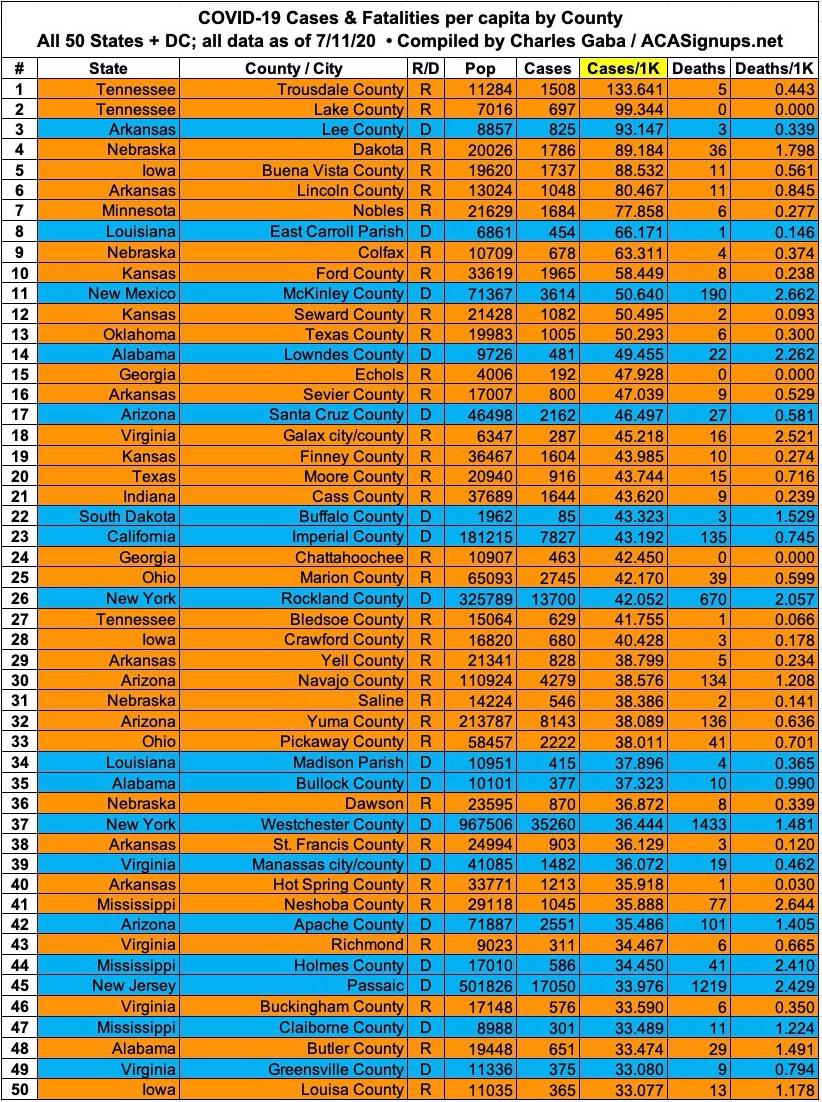 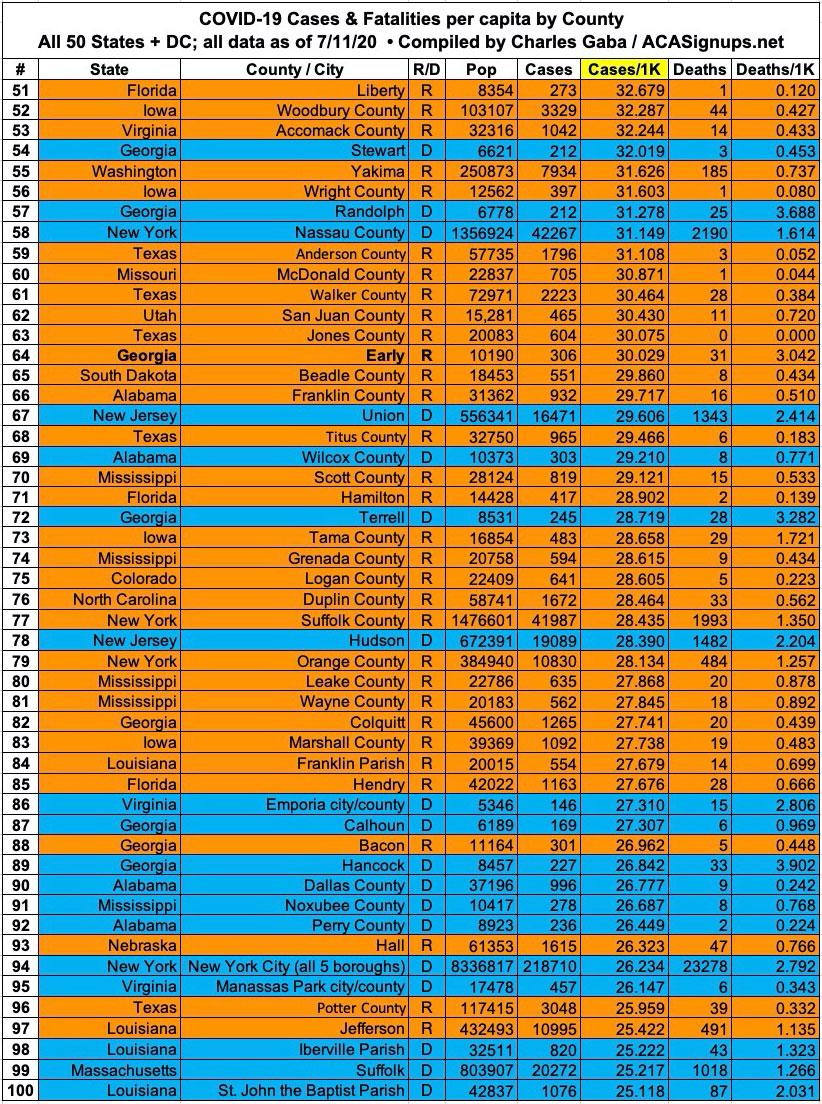 On the other hand, as you can see below, it's still the opposite for fatalities: 15 of the 20 counties with the highest COVID-19 mortality rates voted for Hillary Clinton. It's actually more like 18 out of 20, since both the NY Times and John Hopkins University data files lump all 5 New York City boroughs (which are actually counties) into a single listing. Four of the five are solid blue (the exception is Richmond County, aka Staten Island).

Setting political lean aside, it's noteworthy that the four deadliest COVID counties are located in Georgia.

Here's the top 100 counties ranked by per capita COVID-19 fatalities as of Saturday, July 11th (click image for high-res version): 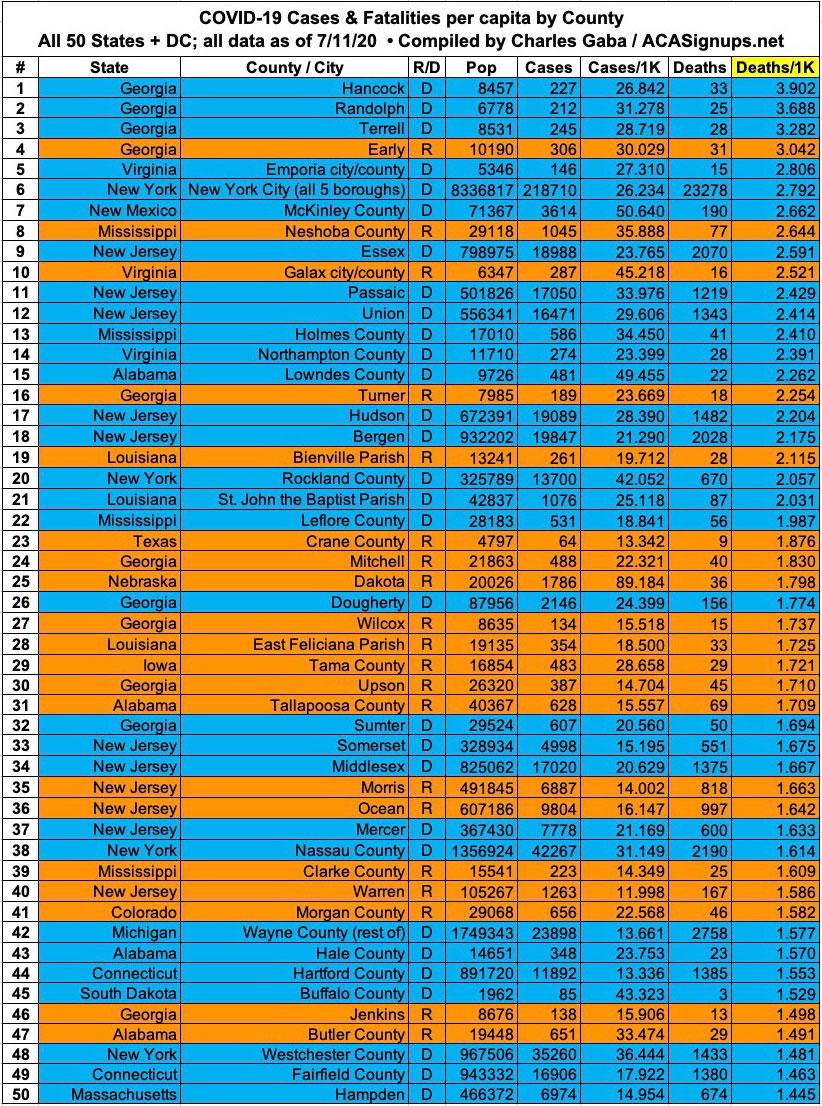 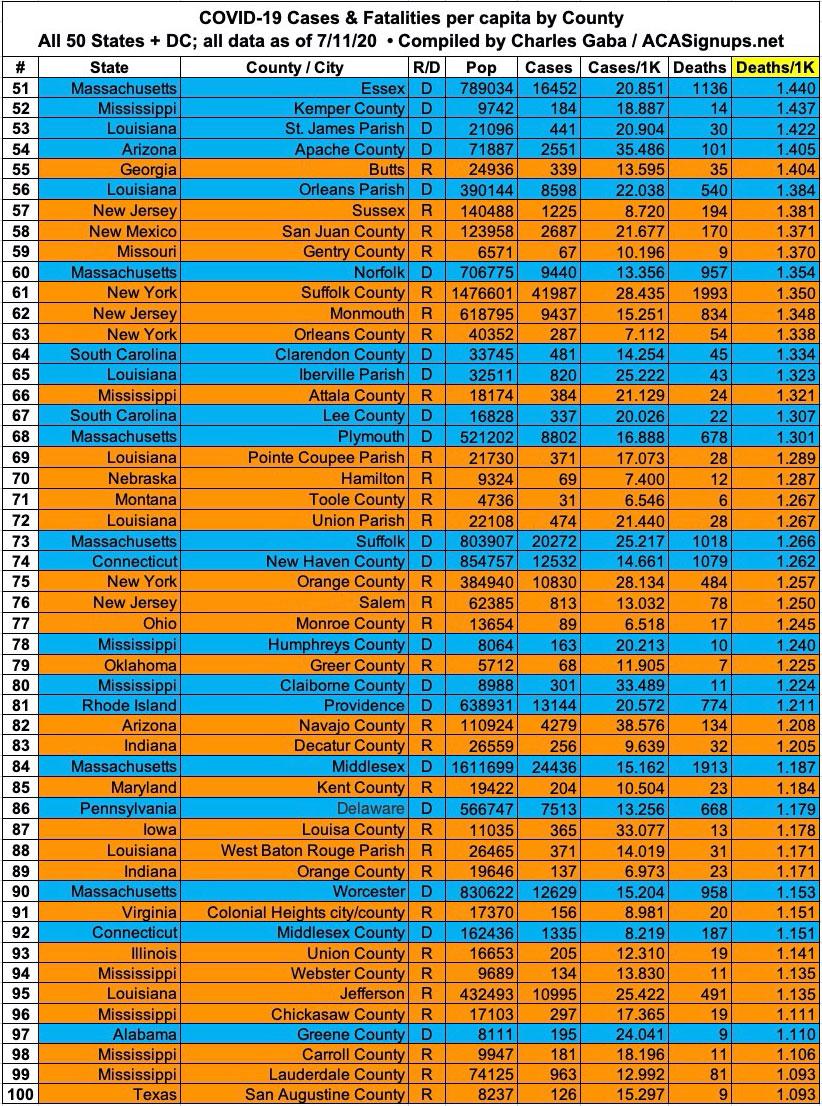