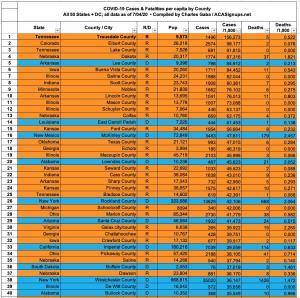 IMPORTANT UPDATE: I've been alerted to the fact that I had data entry errors in at least two of the states last weekend (Michigan and Texas). It looks like the sort order got messed up during the data transfer in those states. As a result, at least 2 of the "Top 40" / "Top 100" counties I had listed were wrong. I've deleted the spreadsheets for this week and will triple-check everything for this weekend's weekly update. My apologies for the error.

Here's the top 40 counties ranked by per capita COVID-19 cases as of Saturday, July 4th:

On the other hand, as you can see below, 16 of the 20 counties with the highest COVID-19 mortality rates voted for Hillary Clinton. It's actually more like 18 out of 20, since both the NY Times and John Hopkins University data files lump all 5 New York City boroughs (which are actually counties) into a single listing. Four of the five are solid blue (the exception is Richmond County, aka Staten Island).

Setting political lean aside, it's noteworthy that the four deadliest COVID counties are located in Georgia. In fact, 9 of the top 40 are Georgia counties regardless of red or blue status.

Here's the top 40 counties ranked by per capita COVID-19 fatalities as of Saturday, July 4th:

It's also worth noting how the ratio of per capita cases has shifted between the Clinton and Trump counties over time. Back in mid-March, the rate was 4.5x higher in Clinton-voting counties than Trump counties. As of this weekend that ratio was down to 1.6x. 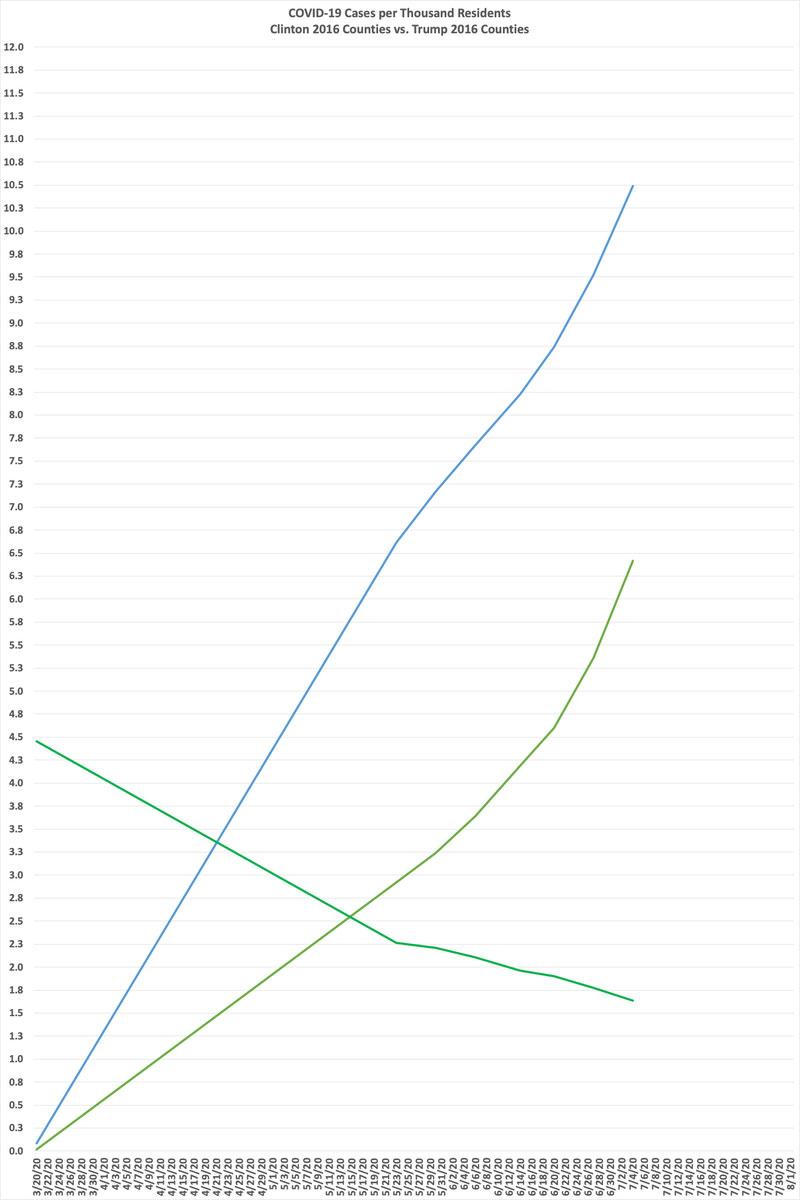 UPDATE: I just realized that with nearly 3,200 counties/parishes nationwide, posting just the top 40 is far too small a sliver...that's only around 1.1% of the total.

A more useful sample would be the Top 100 (which is still only around 3.2% of the total) (click the images for a higher-resolution version):

UPDATE: It's been pointed out that a whopping 84% of all counties voted for Trump. However, here's the point: