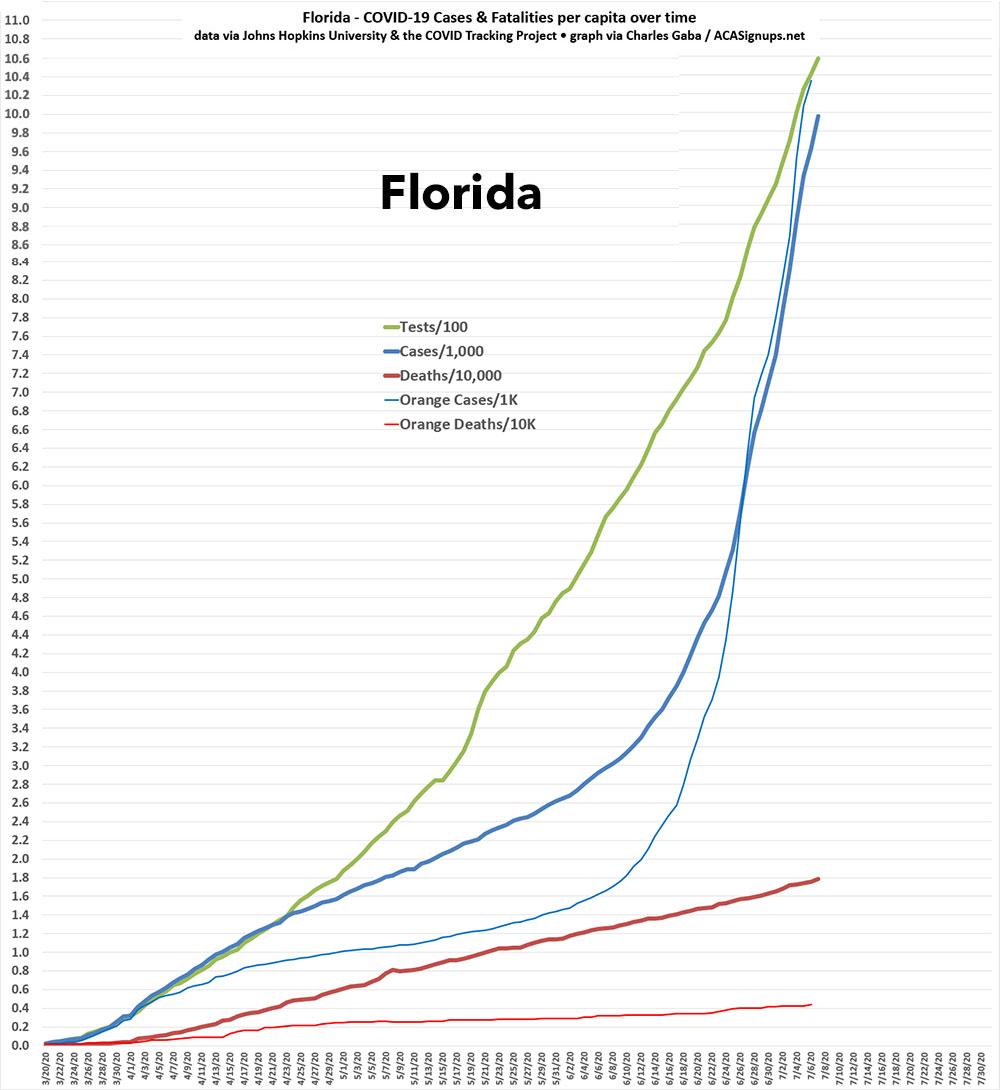 Orange County, Florida is the home of around 1.4 million people, but its biggest claim to fame is...Walt Disney World.

Walt Disney World closed in mid-March in response to the COVID-19 pandemic, but they recently announced that they're sticking to their guns on reopening the theme park this week.

As if this already seemed...unwise, there's also this:

JUST IN: Disney World cast members are not being tested for COVID-19 before returning to work this week.

A union representative says Orlando employees will be returning without knowing if they have the virus or are spreading it to park visitors.https://t.co/gmCxQ9kP0W

#BREAKING: All of Florida's public K-12 schools are now required to reopen their campuses in August. https://t.co/h18sV8KNrP

UPDATE 7/08: Some people have noted that the fatality line in Florida (and most of the other states which have seen surges in positive cases recently) has remained pretty much straight. On the one hand, that's good. On the other hand, aside from the fact that even many of those who aren't killed by COVID-19 still suffer greatly including potentially chronic health problems, there's also the little fact that deaths tend to lag diagnoses by a month or so...which means that massive upswing that you saw starting around the first week of June is now starting to show up in the ICU.

Or, to put it more bluntly, to not show up in the ICU:

UPDATE: In Florida, 56 hospital ICU’s in 25 counties have hit capacity and show zero ICU beds available, including 8 in Miami-Dade, 3 in Broward, 3 in Hillsborough and 4 in Orange counties, according to data released by the Agency for Health Care Administration (AHCA). #COVID19

FWIW, according to the Florida Hospital Association there are 17 hospitals total in Orange County.