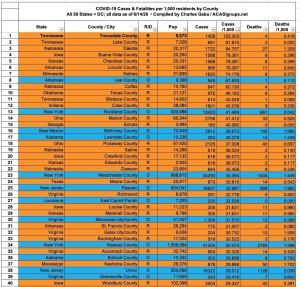 Here's the top 40 counties ranked by per capita COVID-19 cases as of Sunday, June 14th: 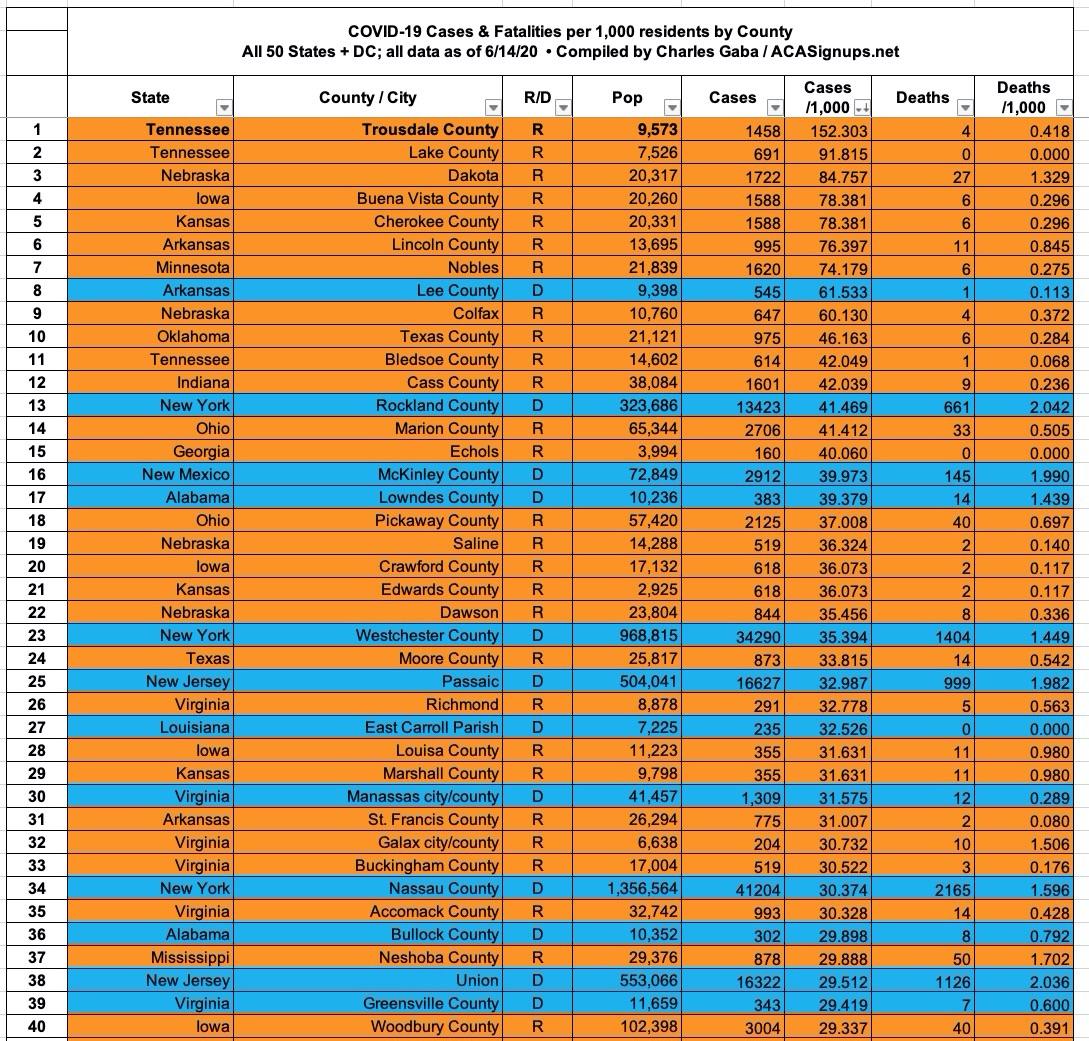 Here's the top 40 counties ranked by per capita COVID-19 fatalities as of Sunday, June 14th: 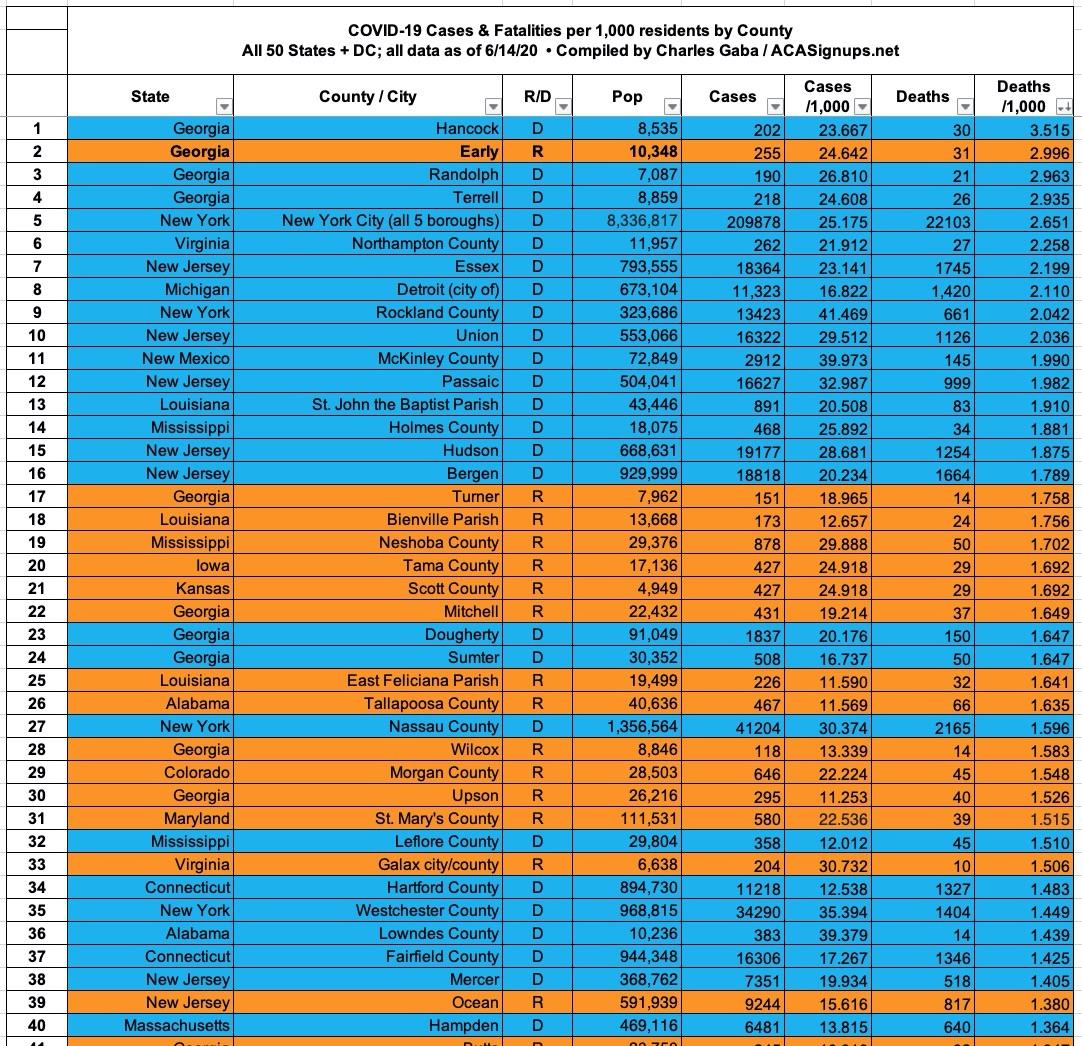 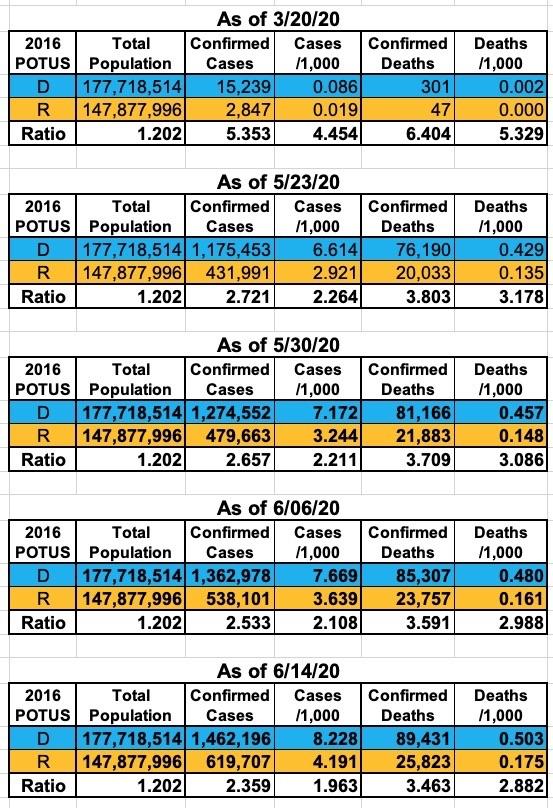