Delaware: Even in an dependably Blue state, #COVID19 is becoming more of a red county problem.

Believe it or not, even though Delaware is a fairly solidly blue state in Presidential elections, two of the three counties there (it's pretty small) voted for Donald Trump in 2016. Here's how the state's cases have shifted over time between New Castle County (the largest of the three, which voted for Clinton) and the other two counties which voted for Trump: 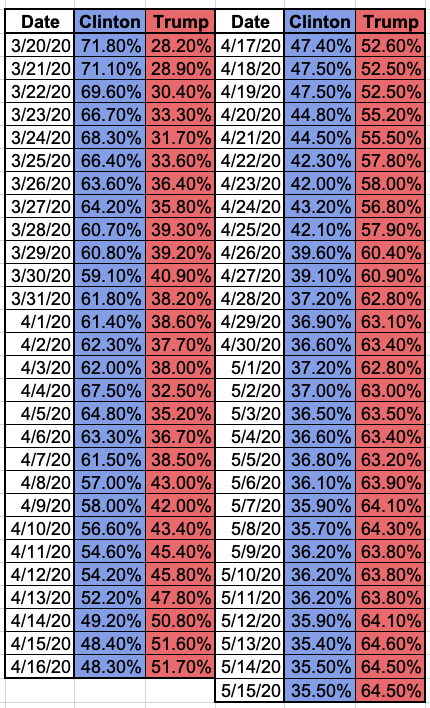 This is almost a complete reversal, with New Castle going from 2/3 of all cases at the beginning of April to just 1/3 today: 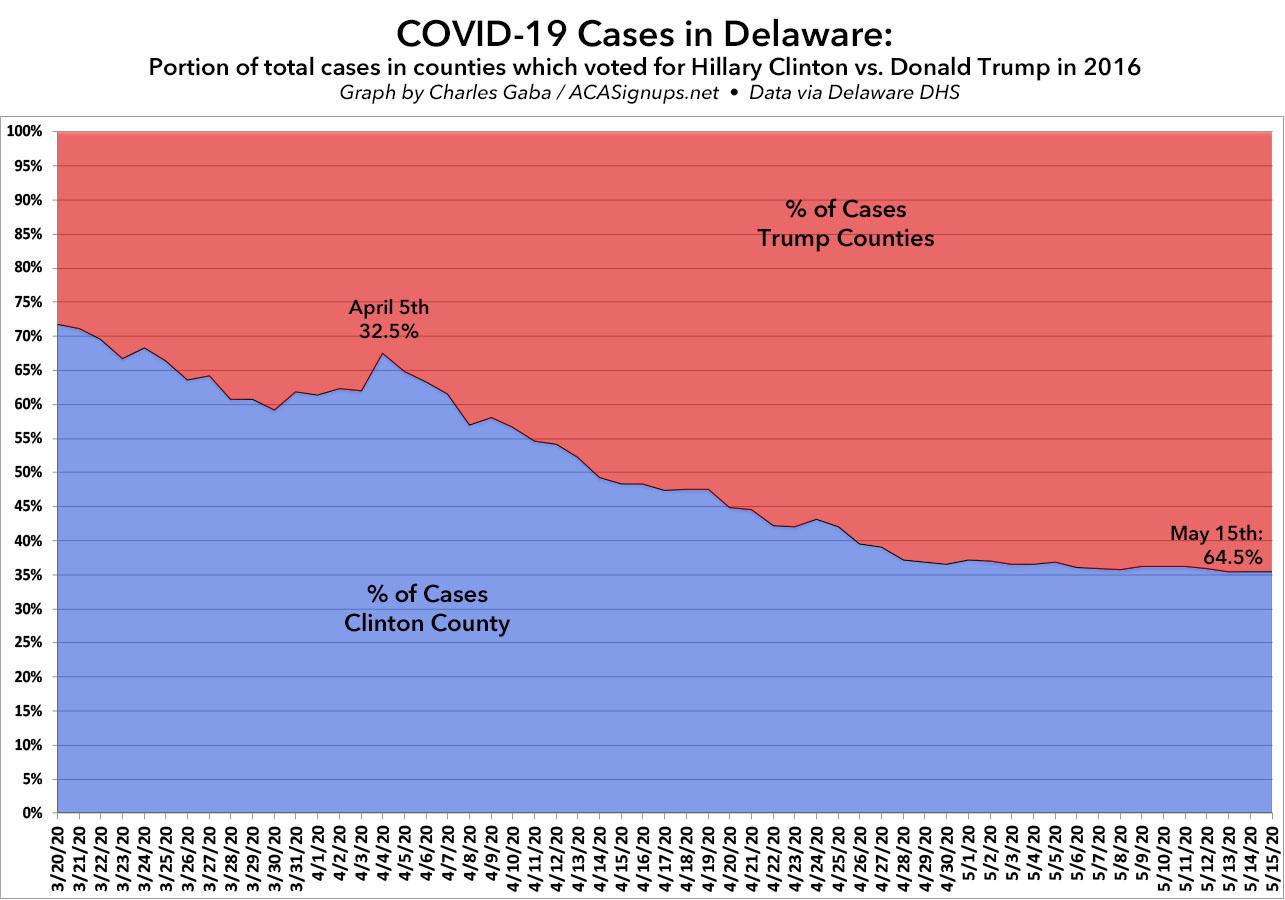