Today, I'm looking at South Carolina's First Congressional District. SC-01 stretches across the southeast coast of the state, and includes Charleston and Myrtle Beach, along with a bunch of coastal island communities. It's been represented by Democrat Joe Cunningham (who lives in Charleston) since 2019; he's the first Democrat to represent the area in decades:

IMPORTANT: This is the first time I've done one of these analyses for a district located in a state which hasn't expanded Medicaid. This makes a dramatic difference in the tables and graphs below, because anyone below the 100% FPL subsidy cut-off point would still be pretty much screwed under H.R. 1868.

There are other bills which have been introduced in the House which would help address that population as well, such as H.R. 584, which would encourage non-expansion states to go ahead and expand the program by providing 100% federal funding for the first 3 years regardless of when they do so, instead of the state having to contribute 10% of the cost of doing so right out of the gate. H.R. 1868 itself would not address the Medicaid expansion population, however. 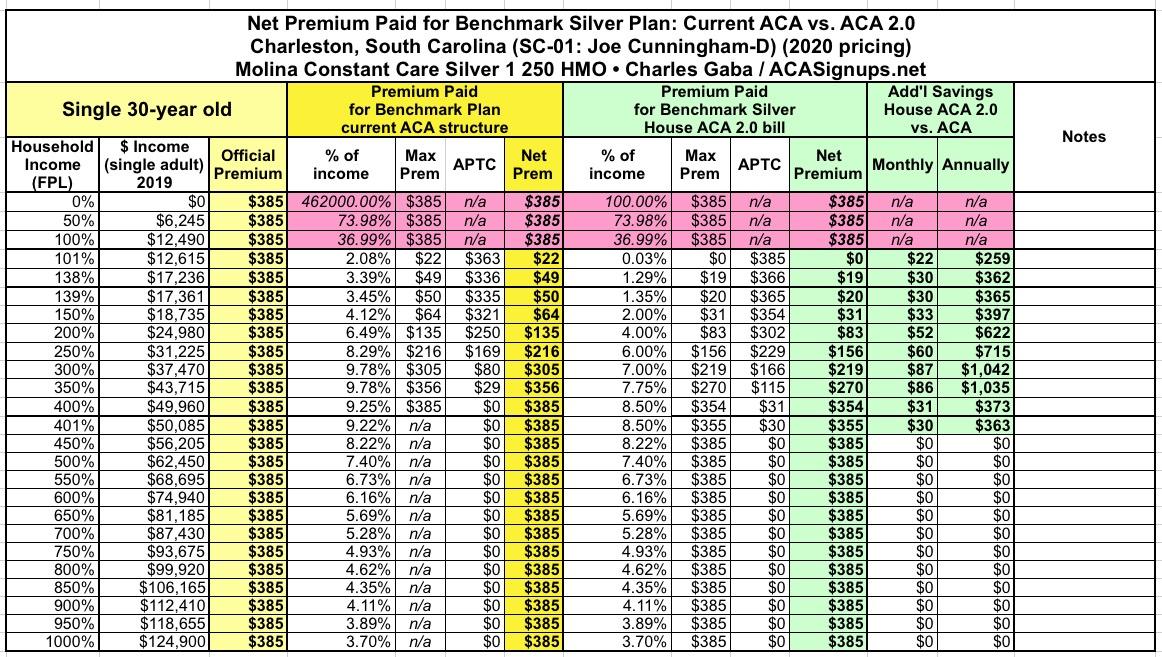 Without any subsidies, this young adult would be paying $385/month regardless of his or her income. Under the current ACA subsidy formula, at just over 100% FPL, their monthly premiums start at $22/mo, then gradually increase to the full $385/mo. Under H.R.1868, that $22/mo would baically drop down to $0/mo, and others in that range would save up to $87 more per month or $1,042/year. Those barely over 400% FPL would also save a nominal amount...around $30/month. 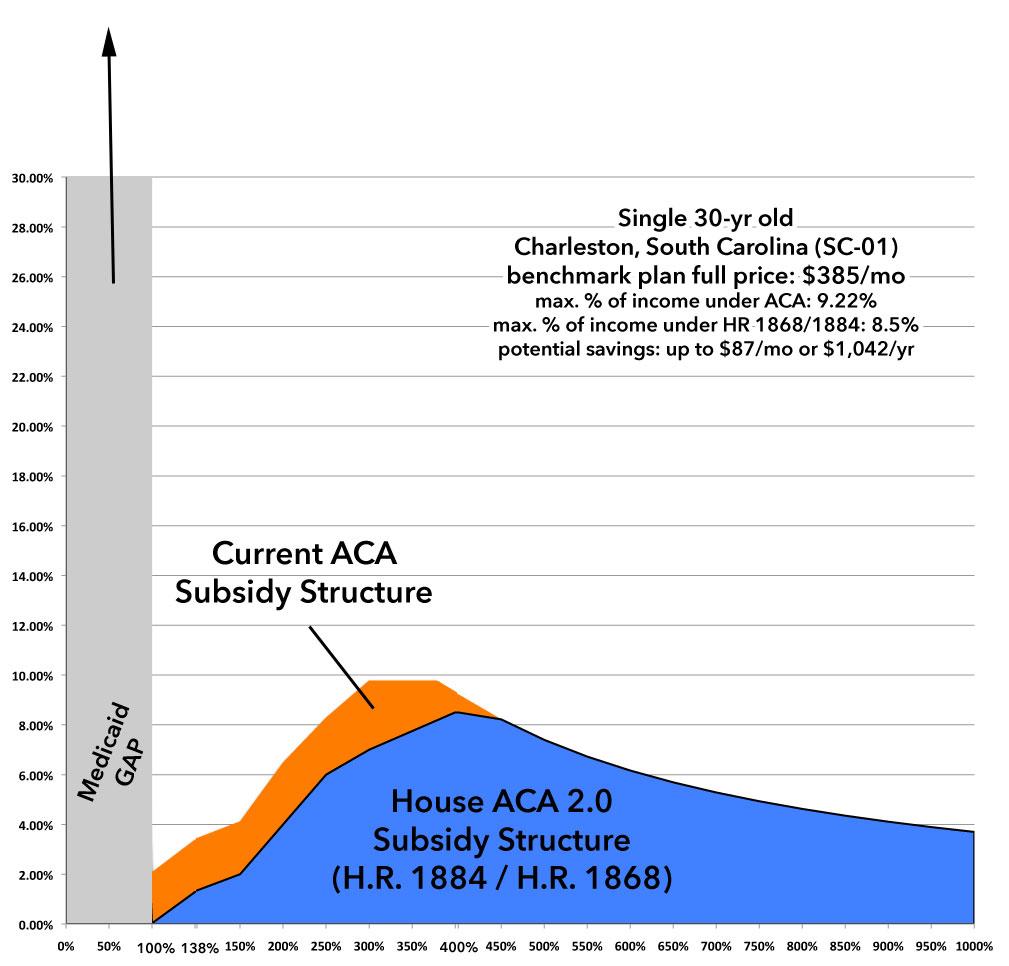 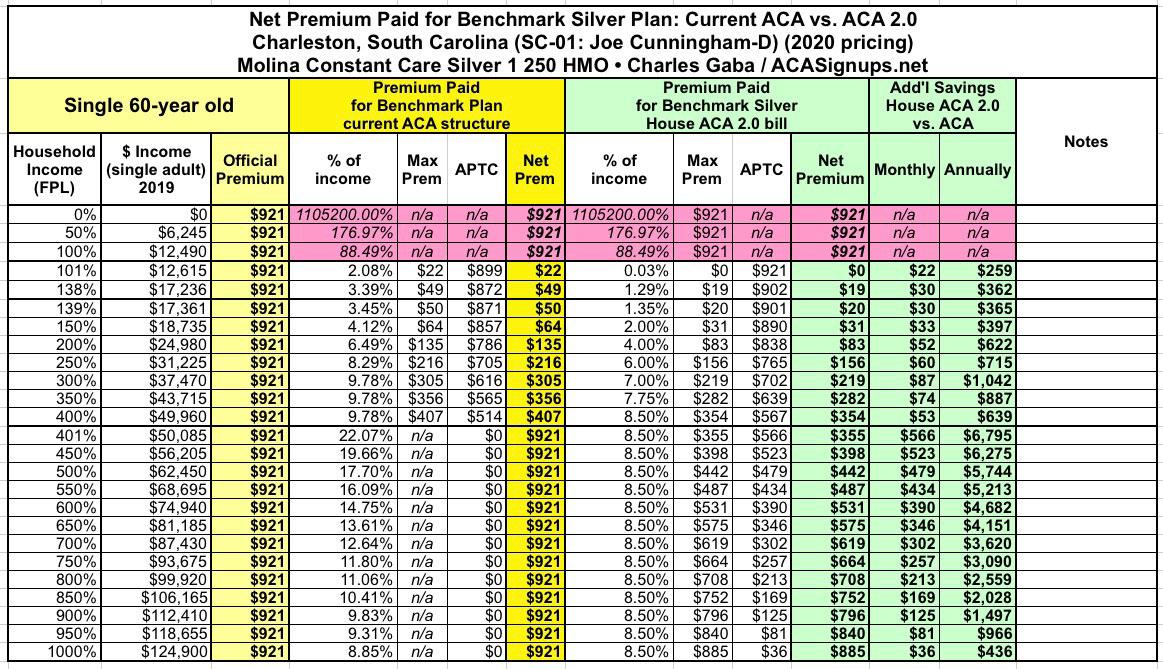 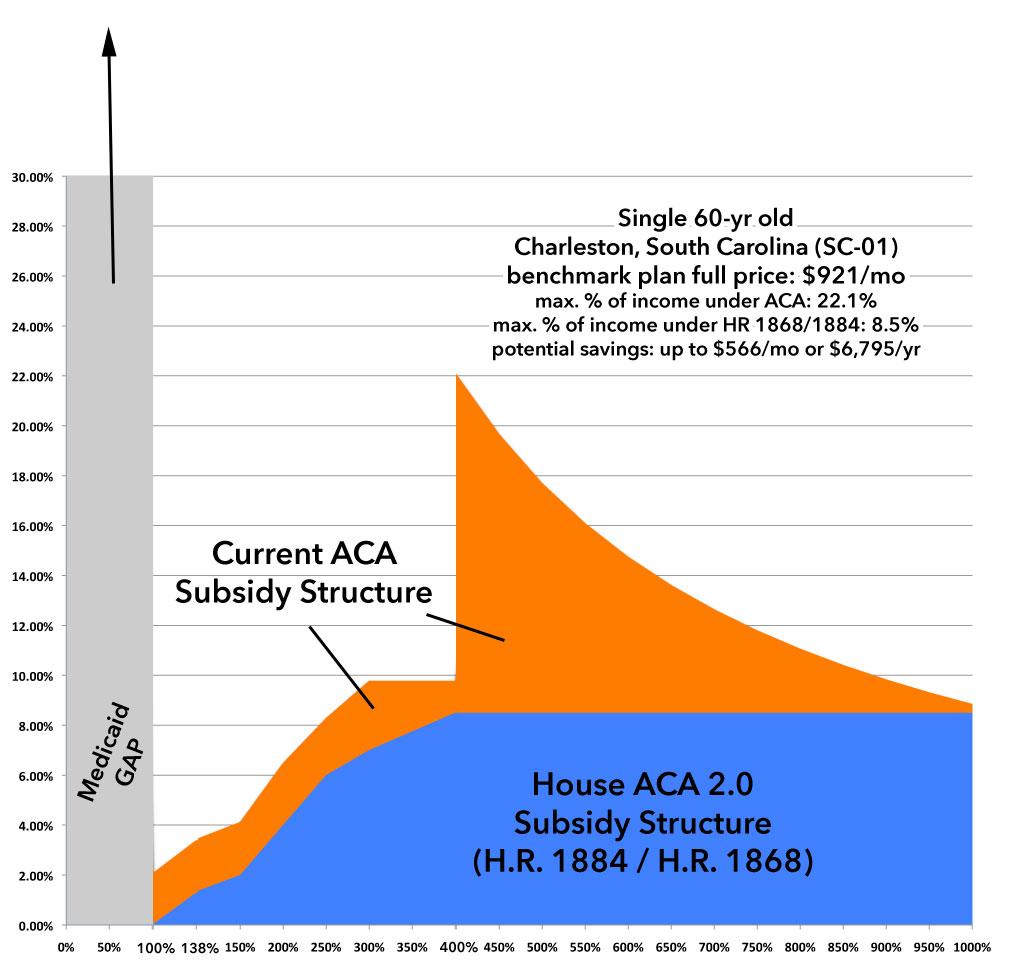 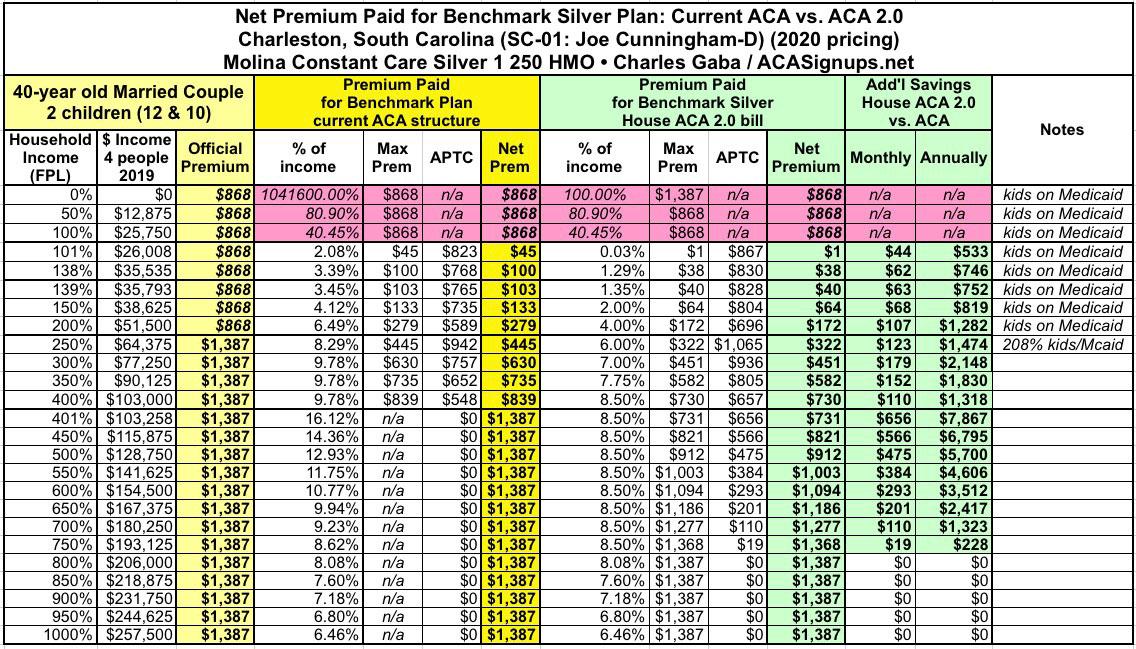 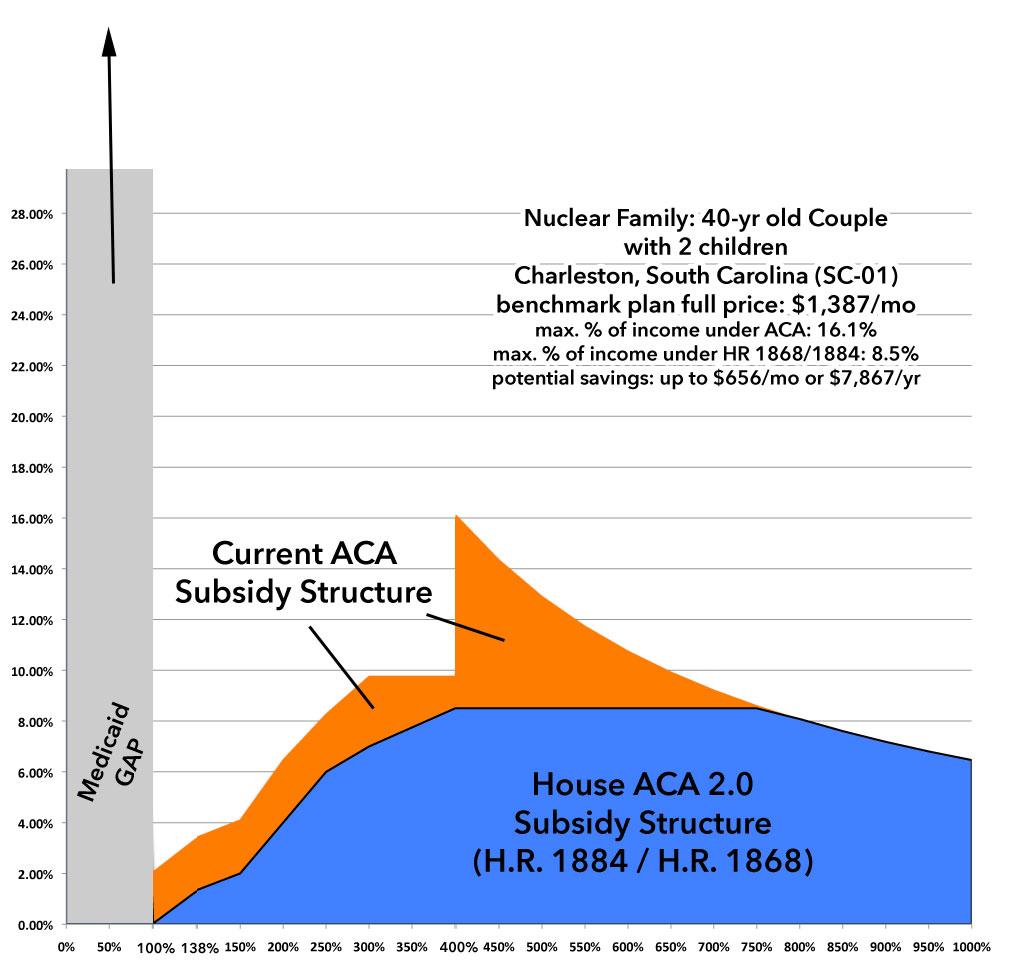 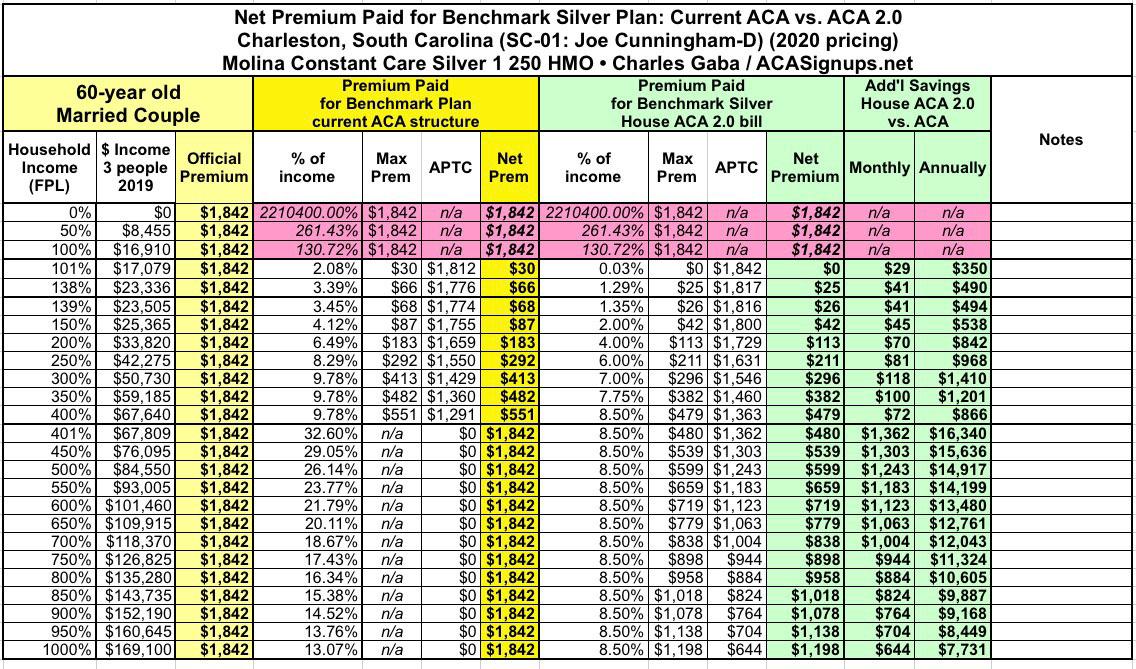 Under the current ACA formula, if they earn between $68,000 and, say, $140,000/year, this couple is almost certainly not going to buy any ACA plan unless one of them has extremely expensive conditions...at full price they'd have to pay as much as 32.6% of their income in premiums alone. The Subsidy Cliff is now a Subsidy Chasm. 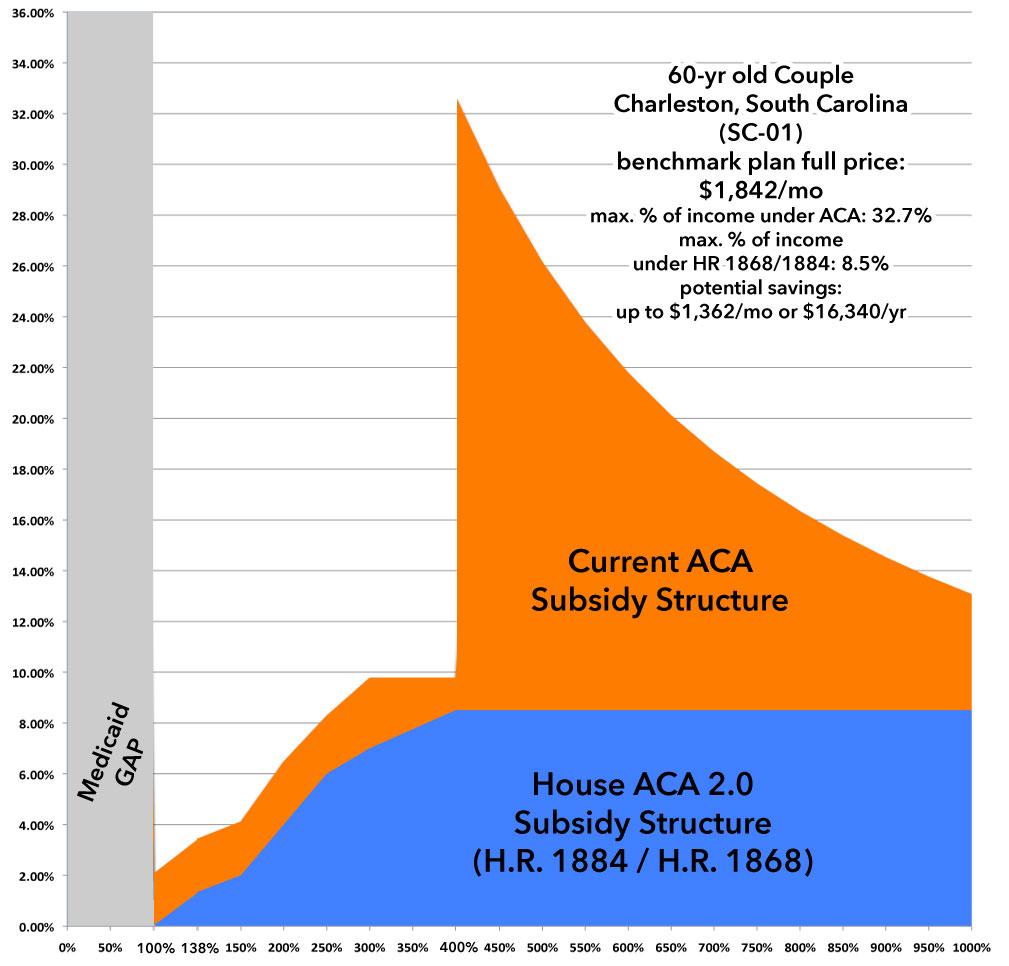