This is one of the most encouraging and exasperating examples of human nature. Don't get me wrong, I'm thrilled that after ten years the ACA is finally enjoying high approval ratings (by an 18-point margin!), but it's the height of irony that this is happening right as the ACA is on the verge of being struck down entirely. A classic case of "you don't know what you've got 'til it's gone" I suppose... 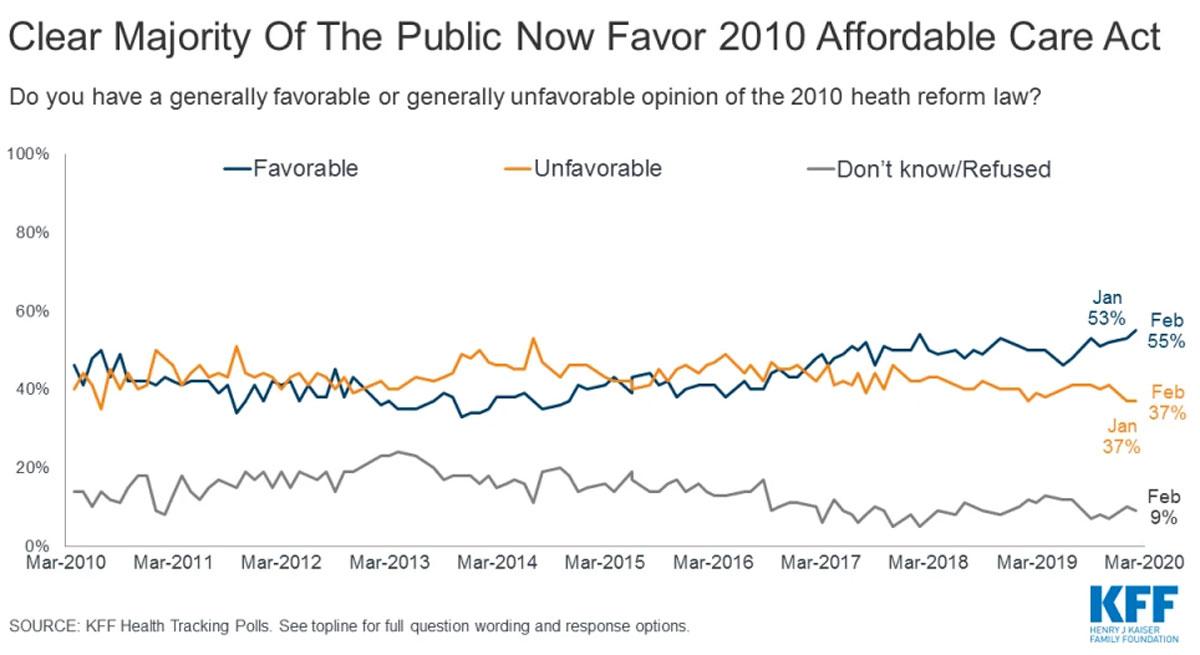 For Democratic candidates, Kaiser confirms exactly what I've been shouting for a solid year now: Stop letting the "Medicare for All / Public Option" debate suck all the oxygen out of the room!

Here's the even more staggering statistic from farther down:

That's absolutely mind-blowing. 2016: 29%. 2018: 18%. 2020: 3%. Only THREE PERCENT of Republicans strongly want the ACA struck down EVEN AS the Trump Administration & Trump Justice Dept. are pushing for the Supreme Court to strike down the law entirely.

As it happens, "healthcare" and "defeating Donald Trump" go hand in hand.

As for the M4A vs. PO battle, again, as I've stated for years:

Aside from the policy merits of one plan vs. the other, that 14-point advantage for a Public Option vs. Mandatory M4All is critically important, because that's the cushion needed to absorb the massive onslaught of attack ads by the GOP, FOX News, Brietbart, the Koch Brothers, the health insurance lobby, the hospital lobby, PhRMA and so forth. 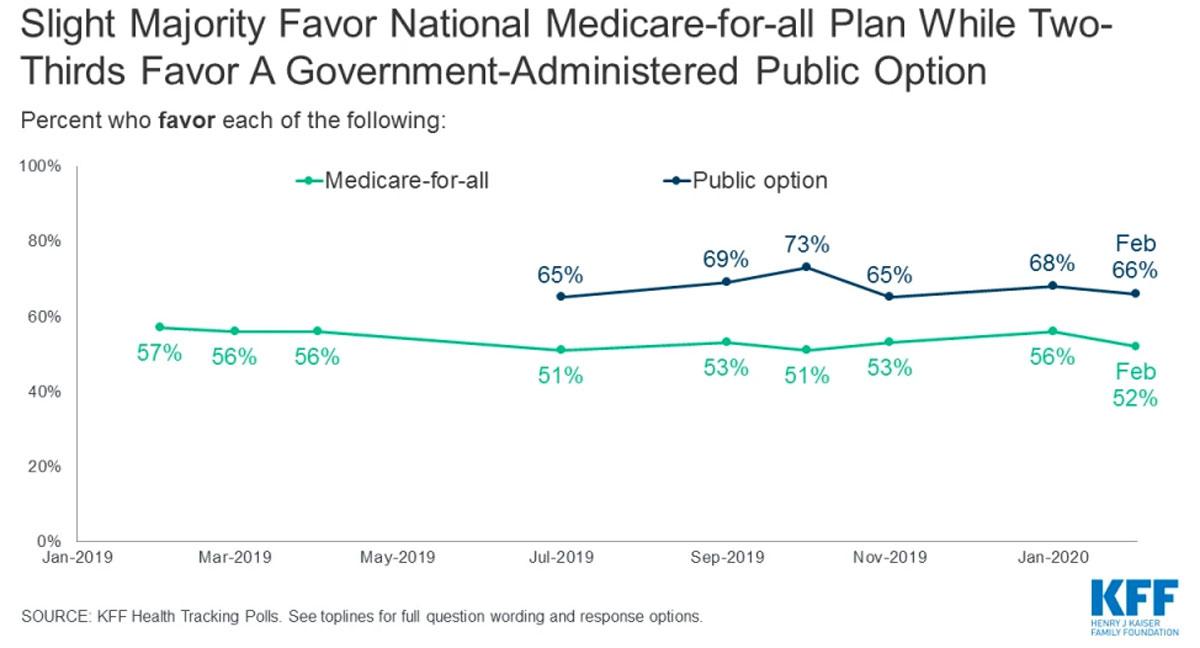 And before anyone claims that this will only be an issue in the general election once the Democratic nominees for President, Senate, Congress, etc. are decided, guess again: 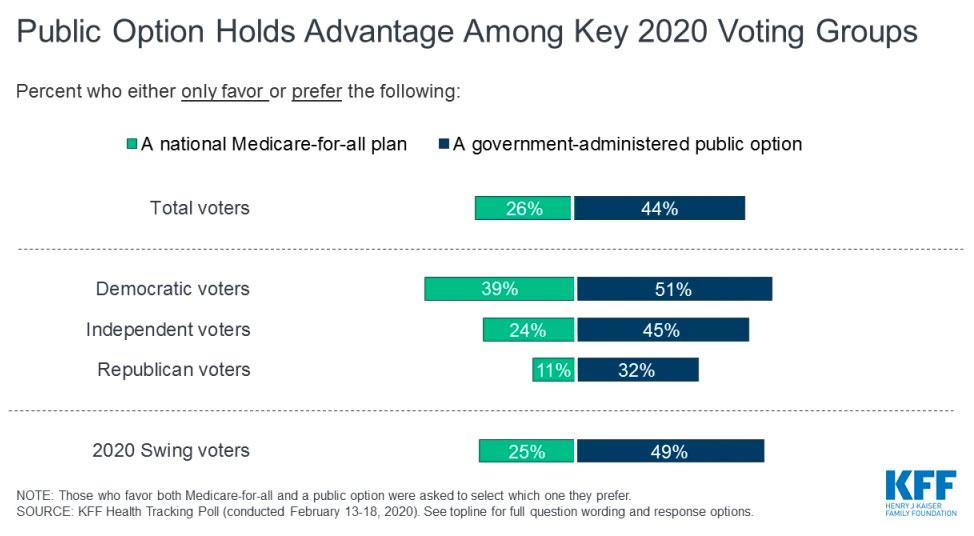 Yes, that's right: Even among Democrats, a Public Option enjoys a 12-point advantage over a mandatory, "pure" Medicare for All system.